Podcast with Zakir Thaver, the co-producer of 'Salam', a documentary on the Pakistani physicist. 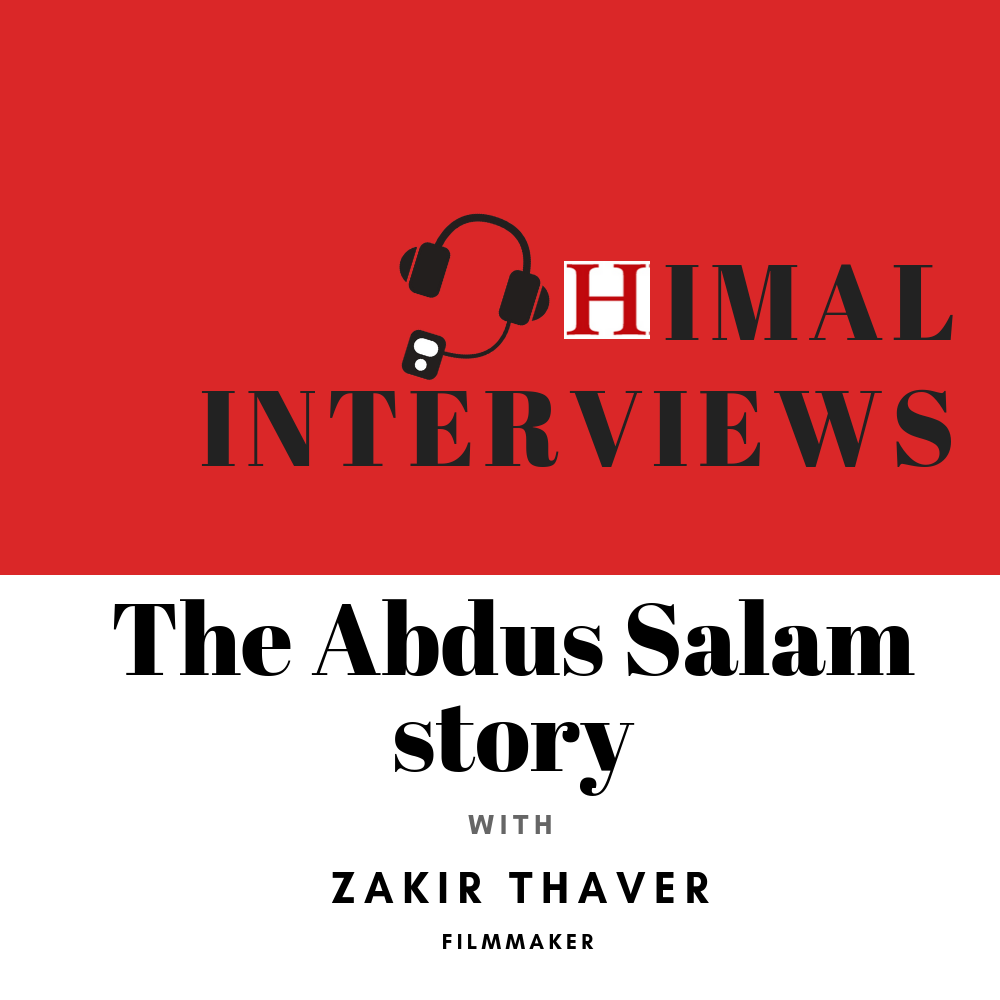 The legacy of theoretical physicist Abdus Salam (1926-1996) is controversial in his home country Pakistan. Remembered by some as the Nobel-prize winning scientist and a pioneer of Pakistan’s nuclear programme, Salam was also rejected for being a member of the community of Ahmedi Muslims, who have been persecuted for their faith. Officially declared non-Muslims by the Pakistani state, Ahmedis have faced violent attacks and risk imprisonment if they claim to be Muslims.

In our latest episode of Himal Interviews, we spoke to filmmaker Zakir Thaver who joined us from Karachi. Along with his friend Omar Vandal, Thaver co-produced a recent feature-length documentary on Abdus Salam and his legacy – both in the field of the sciences, as well as the world of politics. More than a decade in the making, Salam: The First ****** Nobel Laureate – the title is a reference to the obliteration of the word Muslim from Salam’s headstone at his grave – was screened in Colombo in December 2018. In this interview, he spoke to our Editor Aunohita Mojumdar on why the documentary cannot be screened in Pakistan, the dichotomy between Salam’s international fame and domestic rejection, and the challenges of getting archival footages from Tennessee to Seoul, and everywhere in between.

~More interviews and podcasts by us.