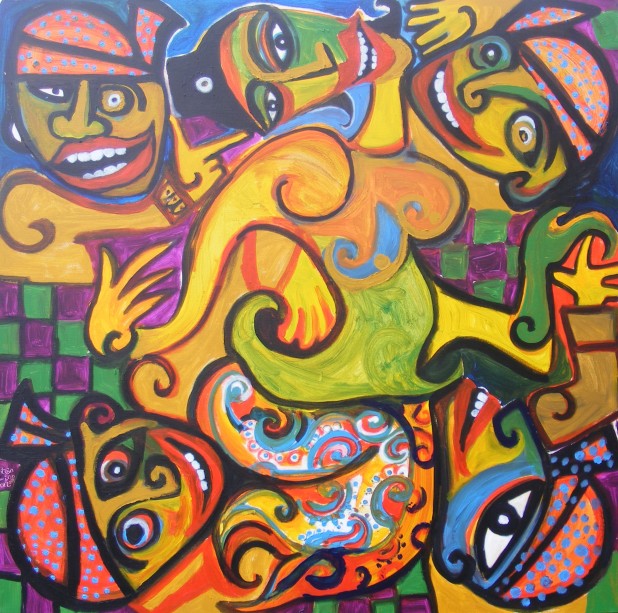 (On 2 February 2016, the Indian Supreme Court agreed to revisit its own December 2013 ruling on Article 377 of the Penal Code, which criminalises homosexuality and sexual acts “against the order of nature”. The case has now been referred to a five-judge bench. Read this essay by Danish Sheikh, from our December 2015 print quarterly The Marriage Issue, which looks to Shakespeare for answers on 377 and other “unnatural acts”.)

…“Carnal intercourse against the order of nature.”

This is the rubric which encompasses all sexual acts criminalised under Section 377 of the Indian Penal Code. Since the year 1860, this provision has been used within, and much more often, outside the courts to systematically harass, persecute and prosecute LGBT individuals in India. Read down in the Delhi High Court’s landmark 2009 Naz Foundation vs Govt. of NCT of Delhi case to exclude consensual adult sex in private, it came back in full force in December 2013, with the Indian Supreme Court’s reversal of the 2009 judgment in Suresh Kumar Koushal vs Naz Foundation.

The 2013 judgment has been criticised for its failings, both as a legal document and as a dereliction of a constitutional court’s duty to curb majoritarianism. In overturning the Delhi High Court judgment, the two-judge bench ensured the recriminalisation of the intimate lives of LGBT individuals in the country. Apart from noting the failure to appreciate established constitutional principles, writings around the judgment have scrutinised the bench’s inability to acknowledge the vast amount of evidence placed before it pertaining to indiscriminate abuse of the law targeting LGBT individuals. What eludes understanding is how the judges were simply unable to display empathy – in the face of overwhelming testimonies to the contrary. How was it possible for the Court to hold that a vulnerable minority was undeserving of the most fundamental legal rights?

Perhaps Shakespeare has some answers.

~To read the full article, you can buy the digital or the print version of our latest issue The Marriage Issue. You can also subscribe to us.

~Danish Sheikh is a lawyer working on issues relating to gender and sexuality, anti-discrimination, law and literature. He serves as visiting faculty at a number of law schools across India.