The state finally has a jail, but it remains far from adequate. 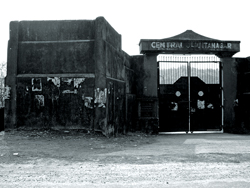 In late 2009, Arunachal Pradesh opened its first jail, five years after its construction had been completed. But little did the batch of 19 under-trial prisoners who were transferred at the time realise that they were a blessed lot. They had escaped a fate that, since the state’s creation in 1987, all others in their situation had been forced to undergo, involving not only appalling lack of hygiene for prisoners but blatantly illegal judicial procedures. The opening of the new jail constitutes a silver lining of sorts in the series of untold narratives of gross human-rights violations that have constituted standard procedure for prisoners awaiting trial in the state. Until the recent change, Arunachal had been the only state in India where ‘police remand’ and ‘judicial remand’ meant the same thing. In most parts of the state, it still does.

Take the example of Hura Rari, a middle-aged businessman from Naharlagun in Arunachal. For 14 months, Rari was held in custody on kidnapping charges in a dark, dingy lock-up at a police station. At the time, Rari’s situation was similar to all of those awaiting or undergoing trial in the state. Even today, many police stations have two separate cells – one for police lock-up and another for judicial lock-up. Some suspects are forced to remain in the police station for three or four years, until they are convicted or released on bail. (If convicted, prisoners are transferred to district jails in Assam.) These police cells can become so overcrowded that prisoners take turns sleeping while the rest stand. Beyond the aesthetics and physical discomforts, this is a gross violation of the Prisons Act of 1894, which clearly states that a ‘prison’ cannot include ‘any place for the confinement of prisoners who are exclusively in the custody of the police’.

After his 14-month stint, Rari was fortunate to receive bail on health grounds. (His case is still under trial.) But he shudders today as he recalls his confinement at the Ziro police station in Lower Subansiri district. He says that an average of five to ten prisoners were held in his lock-up every day, accused of crimes from murder and rape to arson and theft. The room had no fan, mosquito net or light, and little ventilation; although there was an attached toilet, it had limited water, with a grimy toilet that was only cleaned once during his stay. ‘One day, there were around 20 prisoners in the cell, and we held a strike as the food was inedible,’ he says. ‘Things improved for a few days, but then it was back to square one again.’ Rari adds that he was lucky to get out when he did; another man in the cell, accused of murder, had been there for nine years.

Even the opening of the new jail – in Jollang, near the capital, Itanagar – is far from adequate in this massive state of more than 83,700 sq km. Sunil Mow, a lawyer with the Human Rights Law Network (HRLN), an NGO, says, ‘One jail in Itanagar cannot serve the entire state. There are eight districts in eastern Arunachal and eight districts in western Arunachal. The jail is a one- to two-day journey from some of these remote districts, and in these areas those who are under trial are still being kept in inhuman conditions in police lock-ups.’

The plight of women prisoners remains particularly difficult. In 2006, a woman prisoner was raped in the lock-up at Deomali police station, in Tirap district. The officer-in-charge was the main accused, and was eventually dismissed from his job. Mapung Tadar, vice-chairperson of the State Commission for Women, says that due to the ongoing lack of infrastructure, adult women are being kept with minor juveniles. Unfortunately, this ‘solution’ only compounds a central problem in the Arunachal judicial system: a lack of facilities leading to adults and juveniles being dealt with together while awaiting or on trial.

What child?
For the past decade, the Arunachal state administration has been blatantly flouting the provisions of the Juvenile Justice (Care and Protection of Children) Act of 2000, which states that no child can be put in a jail or a lock-up. In addition, a Juvenile Justice Board is supposed to be constituted for each district or group of districts, consisting of two social workers and a magistrate. This is an attempt to change the nature of inquiry in the state, with the presence of the social workers indicating a decriminalisation of the administration of juvenile justice. Yet no Juvenile Justice Board or Court has been constituted, nor has any observation home (a temporary shelter for juveniles), anywhere in the state. Thus, juveniles arrested in connection with criminal cases are still tried by judicial magistrates and kept along with adult inmates in police custody. Sunil Mow cites numerous instances of children below 18 lodged in Arunachal lock-ups along with hardcore criminals, some for upwards of four years.

For instance, 12-year-old Arjun (name changed) was arrested by the Itanagar police for petty stealing – blankets, plastic cups, etc. He was lodged in the Itanagar police station on two occasions, once for five months and again for nine months, both times with adult criminals. Arjun says he was verbally abused by both the police and others in the lock-up, at times allegedly being forced to massage some of the other prisoners. The long incarceration made him weak mentally and physically; now 16, he complains of chest pain and headaches, and is on painkillers and antibiotics for some of the injuries he suffered while in detention. Arjun’s mother recalls, ‘He used to send me a list of medicines, soap, oil and other essentials. The blankets were full of lice, and when I brought him home I had to wash him down with Dettol.’

Another juvenile, Sonia Byabang, was likewise arrested and charged with stealing when he was just 12. ‘I was so young and I didn’t even know what it meant to steal,’ he says. ‘I was just trying to ride my uncle’s motorcycle to meet my father, but the police said I was trying to steal the bike.’ He adds that the police lied, stating in their report that he was 19 years old. Thereafter, he spent two months at the police lock-up in the Itanagar police station. After he was released, Byabang says that he did felt ‘tainted’, and began staying away from school and his friends. Thereafter, he says, the police made him a regular scapegoat, and repeatedly picked him up on suspicion for various crimes.

Still, some have been able to challenge such procedures. Chelle John was 13 years old when he was detained along with adult criminals, and subsequently brought a case before the courts on the issue. He underwent testing at a hospital and was certified below 18 years of age. Needless to say, such cases underline the susceptibility of the Arunachal criminal-justice system to manipulation. While the opening of the new jail is a positive step in terms of ameliorating some outstanding rights issues, it is hardly an answer to the problems faced by juveniles awaiting justice in the state.

Bureaucrat judge
Justice moves notoriously slowly in Arunachal, with trials invariably delayed. Much of this is due to the fact that the executive branch of the state government doubles as the judiciary in the lower courts, thus requiring, for instance, the deputy commissioner to act as the district sessions judge. As such, the accused are often forced to languish even longer in lock-ups, as government officials give priority to their routine administrative work. Of course, the pace can quicken dramatically if the accused can afford a lawyer.

In this regard, most worrying is the ramification that the lower judiciary in Arunachal is not independent, but rather is a specific part of the government machinery. ‘All these years,’ Sunil Mow says, ‘bureaucrats with practically no knowledge of law have been making a mockery of the entire judicial system.’ Recently, two session courts were set up in Arunachal, one to cover the western half and another to cover the eastern half of the state. Although again an important step in the right direction, a mere two courts remain far from adequate in a state of this size.

Mow says that the welfare of those awaiting trial has simply never been a priority for the state government, but expresses hope that the opening of the new jail indicates forward momentum on a range of issues. Indeed, another jail is currently being built in Tezu, in the far east, while the 11th Finance Commission granted INR 100 million to build new jail infrastructure. Yet incredibly, out of that money seven new ‘judicial lock-ups’ are now being set up in various police stations – thus continuing to flout basic law. The ‘Arunachal’ version of justice looks set to continue for some time.

—Teresa Rehman is a journalist and media consultant based in Northeast India.