At half past noon on 8 January, the originals of Raja Harishchandra, Battleship Potemkin and Achhut Kanya were lost in a nitrate oxide-fuelled inferno in Pune. 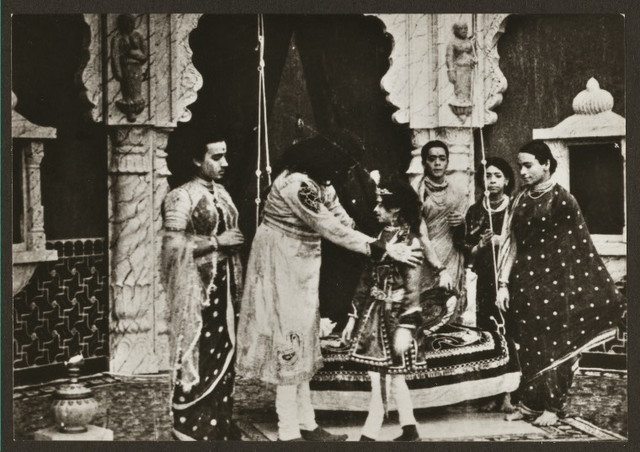 If you were to take a tour of the Film and Television Institute of India (FTII) campus in Pune, this was the building you would most likely have missed. In the heart of the campus, nestled among the eucalypti, it seemed to be sleeping, seemingly forgotten. Well, not anymore after it literally exploded into the news early January this year. Now, that building cannot be found even if you went looking for it.

On 8 January this year, the students were milling about just near this unassuming building, busy with year-end project submissions. The production department was taking its usual early lunch. All seemed to be as usual when smoke and strange orange fumes began emanating from the building. Everybody guessed what was up, and people started running away from the structure, warning others on the way. It was a matter of moments before the orange fumes, all of a sudden, combusted. The ground shook with the explosion. A cloud of smoke and dust rose from the structure and angry flames leapt out of the two ventilator shafts. The gases trapped inside the structure under extreme pressure started to billow out of the shafts and the blaze looked like it was coming from a flamethrower, reaching as high as 20 metres. The trees on the north side and the production department protected Studio 1 to some extent. But within a few minutes the production department was charred, as were four scooters parked in the vicinity. On the south side, the flames reached the TV building, crossing a lawn and a fountain that now have ceased to exist.  All the trees around the structure are gone too. Had it not been for the trees, the damage would have been even more extensive. The fire tenders, seven in all, arrived within 10 minutes and actually did a good job of containing the fire. But by then, a heritage had been lost.

No one really knows what caused the fire. Did the cooling system malfunction, was it poor maintenance, or was it an electrical short circuit, as the authorities claim? A maintenance crew had been sighted coming out of the building that very morning. Now that the damage has been done, the speculation is merely academic and technical. What we can say for sure, however, is that about 3000 cans of film were destroyed, and of these at least 250 films were original prints. The originals included such masterpieces as Eisenstein’s 1925 classic, Battleship Potemkin; Raja Harishchandra (1913), India’s first indigenous silent feature film; Ayodhyecha Raja (1932), the first Marathi talkie; Ballet Mechanique (1924) by the French Dadaist painter, Fernand Léger; the speeches by Gandhi and Nehru at the 1942 session of the All India Congress Committee; and footage from the last world war. Among other prominent losses were some of the great films produced under the Bombay Talkies banner: Achhut Kanya, Bhabhi, Durga, Kangan, Izzat, Navjeevan and Kismet; and films such as Amrit Manthan, Sant Tukaram, Dada Saheb Phalke’s Kalia Mardan and Sohrab Modi’s Pukar. Also lost was original film footage from the freedom struggle – of Gandhi in Delhi, Jinnah with C Rajagopalachari, Vallabhbhai Patel, and Subhash Bose.

The building, a nameless nondescript structure in the heart of India’s premier film training institute, was where the National Film Archives of India (NFAI) housed some of its collection, the rest of which is across the road from FTII, on the NFAI premises. FTII occupies grounds that once belonged to Prabhat Studios where many regional language movies were filmed. It is therefore ironic that most of the films lost that afternoon were regional films, which had been archived on the FTII campus.

Back in May 1897, two years after the motion picture era was famously born in the darkened basement of a café with the screening of the Lumiere train sequence, in Paris, nitrate film passing through a projector caught alight and 180 people died in the ensuing fire. Most of the prints that were lost in the fire at FTII were from the pre-1930 silent era, when filmmaking was still in its infancy and cellulose nitrate film of the kind that caught fire in Paris was the order of the day, popular among professional filmmakers due to its high silver content that created very luminous black and white images and also because it wore well, making it suitable for repeated theatrical screenings.

However, nitrate is chemically unstable and highly flammable. What happens is that due to cellulose nitrate decomposition, the film shrinks, and breaks down, giving off nitric oxide, yellow and soft gelatine, nitrogen dioxide and other gases that yellow the film base. The silver image oxidises and the film base cockles, becoming brittle and rather sticky, and finally, disintegrates completely. In conditions of heightened temperatures and humidity, the process speeds up considerably, and as it deteriorates, the sealed can containing the film converts into a pressure cooker. The captive gases start heating up, proceeding towards combustion and even explosion. Nitrate burns over 20 times as fast as wood, can reach burning temperatures of up to 1700 degrees celsius, and contains enough oxygen to keep burning even under water.

Cellulose nitrate film retired from film cameras in the early fifties, when cellulose diacetate and triacetate films replaced them all over the world. Yet, each nation with a history of filmmaking over 50 years old has its own share of nitrate base films, many of which have already ceased to exist due to its relatively easy combustibility and high instability.

But the chemical propensities of nitrate do not necessarily mean the films from another era will end up creating a conflagaration of the kind that happened at the FTII. Kept in the correct conditions, and handled with expertise, nitrate films can survive. The NFAI has had in its possession a ‘nitrate vault’ for some time now — which is, or at least should be, several vaults since heaping too many films together creates pressure that would trigger decomposition. Due to bureaucratic tangles though, the vault has yet not been pressed into service and some of India’s oldest films have paid the penalty for one of India’s oldest problems. The destruction of films that need not have perished should be a warning to those to whose care they have been entrusted that there is an immediate need not only to preserve old films in their original through appropriate methods but also to ensure that copies are duplicated and kept at different locations, so that entire archives are not wiped out.

It may be true, and a consolation to many, that copies had been made of about 80 percent of the films lost to the fire, though exactly which have been lost for good is yet to be discovered. It is also fact that these films were just one segment of the NFAI collection of over 10,000 films from India and abroad. Nevertheless, copies are but copies and definitely poorer than the original in quality despite our best technological resources and efforts. Therefore, while it is imperative that copying proceeds on a systematic basis, it is also necessary to keep in mind the need to preserve the original prints as heritage artifacts.

Each original lost is like losing a treasure house of information and knowledge for film buffs and film students alike. One could go on citing names of classics lost, and counting the number of films now forever gone; however, name or number is hardly the point. The point is, that even one insignificant seeming original lost is a reference point lost. For a film student, one of the greatest learning experiences lies in viewing old masterpieces. In any case, art that cannot inspect its own internal history is severely handicapped.

It has been a little over a century since the art of the motion picture came into existence. In that century, cinema has risen to a position of unchallenged preeminence as an aid to memory that besides being a novel form of self-expression also provides a form of representation to collective ideals.  And no matter how much one undermines the status of the medium among the arts, it remains true that it is the single largest influence on people in the world today through the instrument of the television or the theatre. In such circumstances, when so much care is taken to preserve many other forms of exclusive art, the one medium that directly communicates to the mass of people ought to be getting more archival attention than it has been given.

Since film is the newest form of aesthetic expression, it is also the only art form whose historical lineage can be studied from its very beginnings. And yet, a large number of films that are important aesthetically as well as historically from the first days of filmmaking, seem to be fast disappearing from the world due to either negligence or poor maintenance or indifference. The fire at FTII is only the latest such occurrence. Film is a fragile medium, and not just metaphorically. It needs preservation. But can a Subcontinent that is notorious for disregarding its own sources of history at least now wake up to the urgency of the task?

Why cooperation across borders is vital for better flood management.