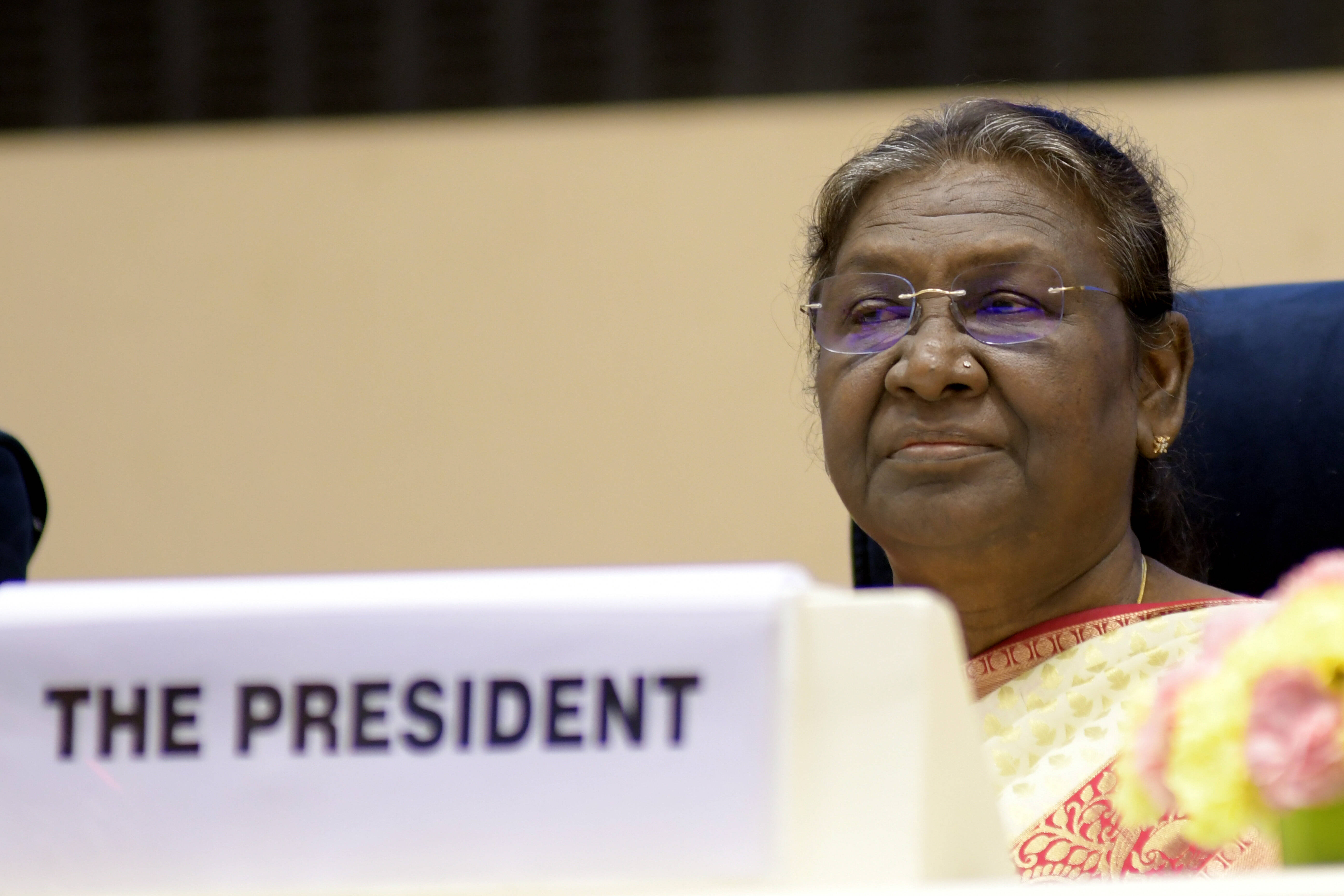 Recent discussions on Indian social media over the use of the phrase rashtrapatni to refer to President Droupadi Murmu, as the elected head of the republic, has brought attention to the complexities of gender-based noun classification systems in world languages and how languages are evolving to become more inclusive. In world languages, the masculine term is often considered the default, reflecting the effects of an androcentric worldview on our languages. Humans like to categorise, which is reflected in our languages. Languages categorise objects in numerous ways. Some have noun classes that are often inherently gendered in terms of grammar or otherwise categorise based on animacy, humanness, shape and size. Several of the Indo-European languages like French, Spanish, Italian, Czech and German follow a noun-class system based on the extra-linguistic distinction of biological sex. For example, in French le sac (bag) has a masculine grammatical gender but la voiture (the car) is feminine. Similarly in German, der Besen (broom) is masculine and die Mauer (wall) is feminine, while das Telefon (phone) is neuter.

Some other languages use classifiers, which are suffixes or words that classify the referent of a noun according to its meaning, indicating the semantic class to which a word belongs. Chinese, Japanese, Thai, Austronesian, and Tibeto-Burman languages display a rich system of these noun classifiers. For instance, Japanese uses around 30 different classifiers to categorise nouns: mai is a classifier used with thin flat objects like shirts, plates, paper and therefore Shatsu ni-mai means two shirts. Similarly, classifier dai is used with large machines and vehicles, so jitensha ni-dai means two bicycles.

As in French, many of the Indo-Aryan languages of Southasia such as Gujarati, Hindi, Kashmiri, Marathi, Nepali, Pashto, Punjabi, Sindhi and Urdu have their grammatical gender systems linked to biological sex. For example, in Sindhi, an Indo-Aryan language spoken by more than 33 million people in Pakistan and India, house (gharu) is masculine, but medicine (davā) is feminine. All nouns in Sindhi belong to one of the two noun classes masculine and feminine, and there is a grammatical agreement between nouns and their dependent words or elements, for instance, for adjectives and verbs. Historically, old-Indo-Aryan languages (represented by Sanskrit), and middle Indo-Aryan languages (represented by various Prakrits and Pali) had been known to have a gender system with three noun classes of masculine, feminine and neuter (where neuter refers to a grammatical category of words which are neither masculine or feminine). Among new Indo-Aryan languages, there are only a few languages like Gujarati and Marathi where this masculine, feminine and neuter distinction is maintained, while the majority of languages have retained only the binary distinction of masculine and feminine noun classes. In Marathi, verbs, adjectives, and pronouns are all marked by masculine/feminine/neuter in both singular and plural forms. In Nepali, nouns fall into masculine (male humans, male animates and all inanimates) and feminine (female human and female animates). Personal pronouns are gender neutral in Nepali, but they are marked for animacy; for example, ‘u’ means ‘he/she’ and ‘tyo’ means ‘it.’

In world languages, the masculine term is often considered the default, reflecting the effects of an androcentric worldview on our languages.

Burushaski is an isolated language spoken in the Karakoram region of Pakistan. It has four classes of nouns: masculine (human), feminine (human), neuter (non-human, animals), neuter (mass objects), making it the language with the largest set of grammatical genders in the region. On the other hand, Khasi, an Austroasiatic language spoken in north-eastern India maintains the binary of masculine and feminine as part of their grammatical form. Another Austroasiatic language, Santali, spoken in east-central India has separate grammatical gender systems as well as numeral classifiers. Its native gender classifier distinguishes animate from inanimate, while the other gender system, which borrows from neighbouring Indo-Aryan languages, differentiates between male and non-male entities.

As discussed earlier, the standard term for president in many Indian languages, including Hindi, is rāshṭrapati which is formed from the Sanskrit words rāshṭra (nation) plus pati (lord, master, husband). Because the second element, pati, is by default a masculine noun in these languages, the term itself is construed as sexist. Some have suggested that the term should be replaced with a more inclusive word such as rāshṭrādhyaksh formed of rāshṭra (nation) plus adhyaksh (chief, one who presides over). Another way to make deeply gendered languages more inclusive is by following the French example of promoting feminine forms for functions, jobs, ranks and titles. For example, by bringing back the words like netrī (female leader), mantriṇī (female minister), vidushī (female scholar) in circulation.

Hindi and Urdu traditionally follow the binary classification of masculine and feminine, and this binary is also mirrored in verb conjugations and some adjectives. Personal pronouns, on the other hand, are non-binary in both Hindi and Urdu. In some varieties of Hindi/Urdu, the masculine plural form of the verb is frequently used by both men and women as a common verb, and therefore it could be plausibly considered a non-binary verb form, although this is still problematic for many as it is based on the masculine form.

The standard term for president in many Indian languages, including Hindi, is rāshṭrapati which is formed from the Sanskrit words rāshṭra (nation) plus pati (lord, master, husband).

Since the sex-based noun classification in Hindi/ Urdu creates challenges for individuals who identify as non-binary, there have been some attempts to recognise gender identities beyond female’ and ‘male’ in the language. Gautami Shah at the University of Texas at Austin has established Inclusive Hindi, which is a collection of peer-generated, age-specific, open educational resources that aim to make Hindi language and by extension, Hindi speaking-classrooms, more inclusive by introducing non-binary verb conjugations.

However, sex-based classification is just one of many ways in which nouns are categorised in language. An interesting example is from the Australian aboriginal language Dyirbal, spoken in northeast Queensland. Dyirbal has a unique system of noun classification. Nouns in Dyirbal fall into one of the four main categories: class I – male humans, non-human animates, class II – female humans, water, fire, fighting and ‘dangerous things’, class III – non-flesh foods, and class IV – a residue class covering the rest.

Sinhala, an Indo-Aryan language spoken in Sri Lanka, has been in deep historical contact with Dravidian languages like Tamil. Interestingly, Sinhala has lost the Indo-Aryan grammatical gender classifiers and has developed meaning-based noun classes like Tamil. The two main noun classes in Sinhala are animate and inanimate. Within animate, Sinhala maintains a distinction between human and non-human. Personal pronouns in Sinhala mark human, animacy and biological sex (masculine and feminine), both singular and plural.

Dravidian languages of Southasia have their own unique way of categorising nouns. Most Dravidian languages use a semantic basis for categorising nouns. For example, in Tamil, there are two basic genders: uyartiṇai ‘rational’ and aḵṟiṇai ‘non-rational.’ The rational gender includes humans, gods, and demons, while non-rational gender covers non-human things (both animates and inanimates). Rational nouns are further classified as masculine and feminine. Non-human things are considered neuter. This gender classification decides the choice between the human locative case marker -iṭam and the non-human -il (in spoken Tamil, -kiṭṭe and -le). Gender is also relevant to the selection of verbs: for example, the verb ‘take’ has different interpretations according to the gender of the object. Third-person singular pronouns have separate forms marking biological sex. Here is a chart showing gender assignment in Tamil:

Kannada, another Dravidian language, is spoken in south-western India by more than 58.5 million people. Kannada categorises nouns into two classes of human and non-human nouns. The class of human nouns is further divided into masculine and feminine. Non-human nouns are considered neuter. This classification is mirrored in verbal morphology, for example, while non-human nouns have a distinct plural suffix, all human nouns, whether masculine or feminine, share a common plural suffix. Supernatural beings and planetary bodies, which figure in religious literature and folklore, are treated as human, for example, sūrya (sun), candra (moon), and the names of planetary bodies are masculine. This could also be influenced by the gender assigned to these words in Sanskrit from which they are borrowed. Malayalam, a Dravidian language spoken in the state of Kerala, does not have grammatical gender, but biological sex is marked in third-person pronouns (he/she/it/they).

Southasian languages do not limit themselves with this binary division and show a unique diversity in categorising the world according to independent cultural practices, symbols, meanings, and identities.

Here is a comparative list of third-person pronouns in some Dravidian languages:

On the eastern side of the subcontinent, we find Indo-Aryan languages like Assamese, Bengali and Odia where grammatical gender is absent, but classifiers aid noun categorisation. For example, Bengali has the following set of numeral classifiers which are attached with nouns or numerals:

The neighbouring language Assamese, spoken in north-east India, has a dozen classifiers. These classifiers are used with nouns and numerals in Assamese according to the semantic criterion of animacy and shape. Assamese, like Bengali, has historically lost grammatical gender, but unlike Bengali, it preserves gendered pronouns: xi (he) and tai (she). Here is a list of classifiers used in the Assamese language:

The idea that gender is strictly binary and patriarchal was brought to non-European societies by colonialists. We understand that Southasian languages do not limit themselves with this binary division and show a unique diversity in categorising the world according to independent cultural practices, symbols, meanings, and identities. However, Southasian languages contribute to regional gender inequality in several ways, be it the exclusion of feminine forms in official titles, the historical relegation of feminine human nouns with inanimate objects, and having no designated pronouns for people who identify as non-binary. The way forward is to work towards gender equality by making our languages more inclusive and socially responsive.