A photo essay on Nepali women migrants in India. 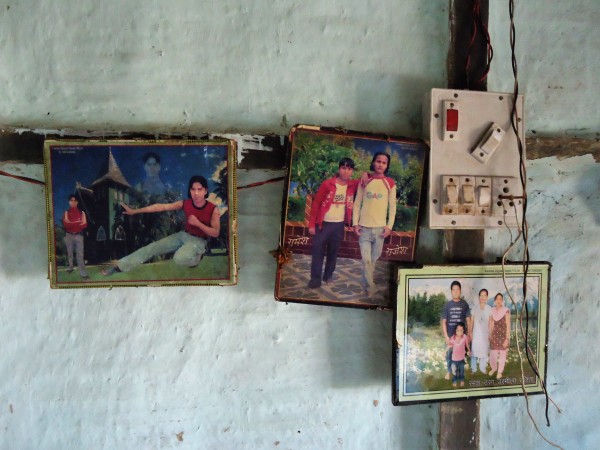 Family Photos of Urmila Danuwar. All photos by the authors.

Outward migration of workers has been one of the most important features of contemporary Nepali society and economy. According to a World Bank report released in December 2018, Nepal’s inward remittances as a percentage of GDP (30.1 percent) is the highest in Southasia and fourth highest in the world.

While countries like Malaysia and the Gulf states are some of the usual destinations for Nepalis seeking employment abroad, a significant proportion of Nepalis in fact migrate to India in search of livelihood. Since labour permits and complicated bureaucratic procedures are not required, Nepali workers often move back and forth across the open border. A large number of these migrants are women, about whom no reliable statistics are available.

Who are these women, and how do they experience life in a country that is not their own, yet not quite foreign? This photo essay is a glimpse into the daily lives of Nepali women migrants working in a range of sectors in various parts of India. 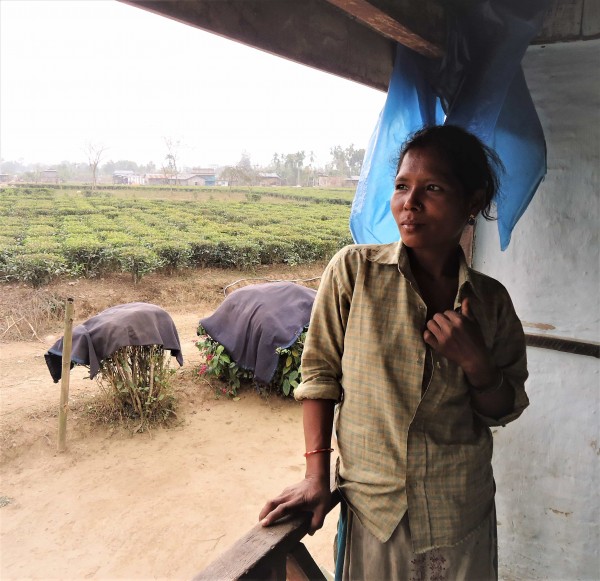 Urmila Danuwar, 30, worked with her husband in a poultry farm in Rajasthan. After their return to Nepal, her husband went to work in Malaysia, while she lives and works in their hometown at Danabari Tea Estate in Ilam.

“I was scared when I first went to India. It was a new place, so it was natural for me to be anxious. I used to watch Hindi films so I could understand the language. Soon, I got the hang of it. The rest was good. The employer was kind to us. The company provided us with rooms to live in. He used to give us a tray of eggs every Sunday, which we would eat in our rooms. We could also keep our children with us while working.” 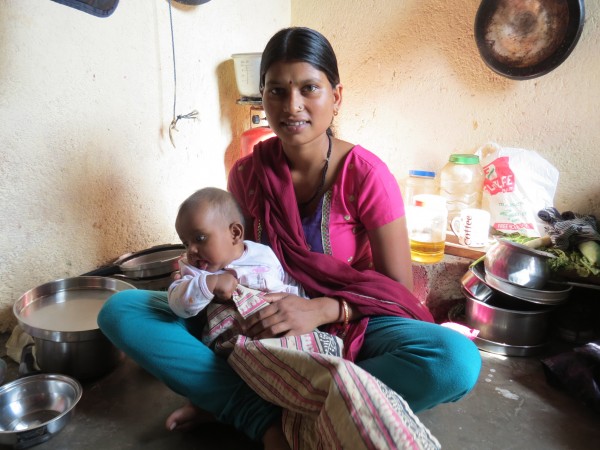 Jamuna BC, 20, is from Byansi village in Bajhang. Now a mother of three children, she was married at 15. She and her then 16-year-old husband came to Bengaluru to join his family. She works as a domestic worker in five houses, sweeping, mopping floors and washing utensils, earning about USD 28 in each home. 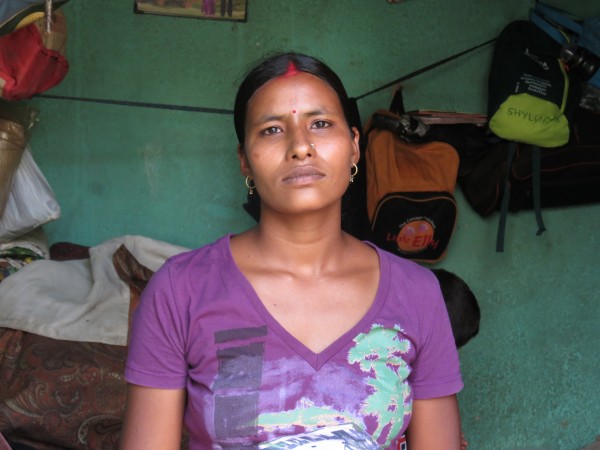 Geeti BK, 25, is from Thalinamish village in western Nepal’s Bajhang District. At 16, she was married to a 30-year-old man who was working in Bellandur, a suburb in Bengaluru. After nine years in India, she and her husband continue to work as domestic workers in apartment complexes in Bellandur.

“Everyone from my village comes to India – they don’t go to Dubai, Saudi or places in the Gulf. They don’t come here through middlemen, but through relatives. It’s very far and the journey is not safe, so no one comes alone. Six or seven relatives in a group are needed to make the journey to India.” 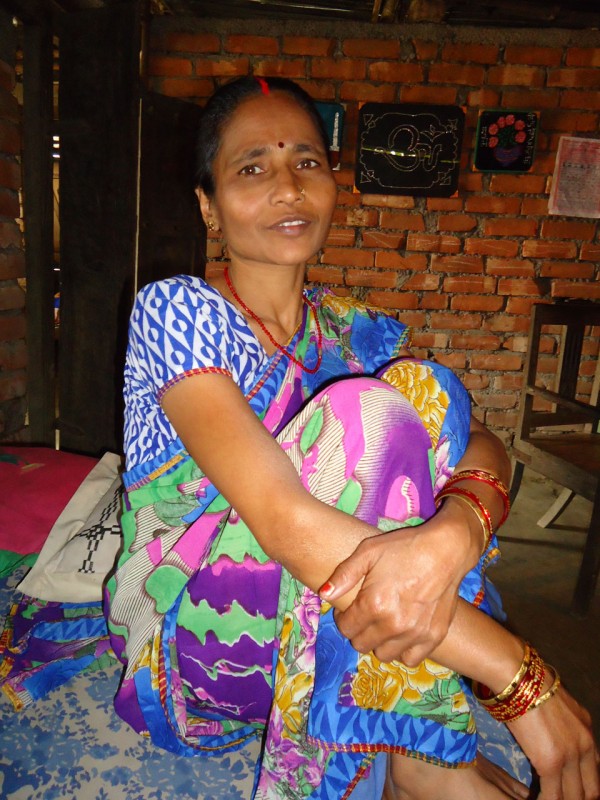 Asha Verma, 35, is from Jahada village in the Morang District in eastern Nepal. She lives in a rented house near Delhi and works as a tailor in a sports factory in Haryana.

“There are things we would like to do but have not been able to. That’s how it is for poor people. Our ideas get buried in our heads. Some of it is our fault. Some of it is our fate. Sometimes it’s the lack of support to move forward. My soul still cries, but I have to keep going for the children.” 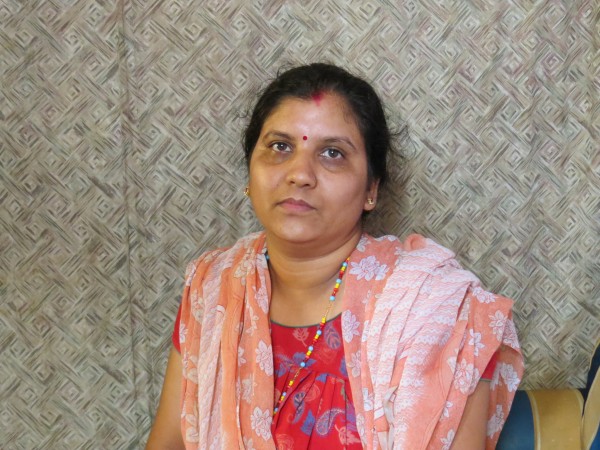 Nirmala Dahal is from the Okhaldhunga District in eastern Nepal. Now 36 years old, she was 18 when she and her husband left Nepal, during the armed conflict. Her husband worked in the security department of a chewing-gum factory in Bengaluru.

“I can cook South Indian food like sambar, rasam, poori and palya (vegetable). I can also make chapatis. I picked up cooking on my own. We don’t have coconut back home, but there is coconut in all food here. In sambar there has to be coconut, in chutney there is to be coconut – coconut is used in everything.” 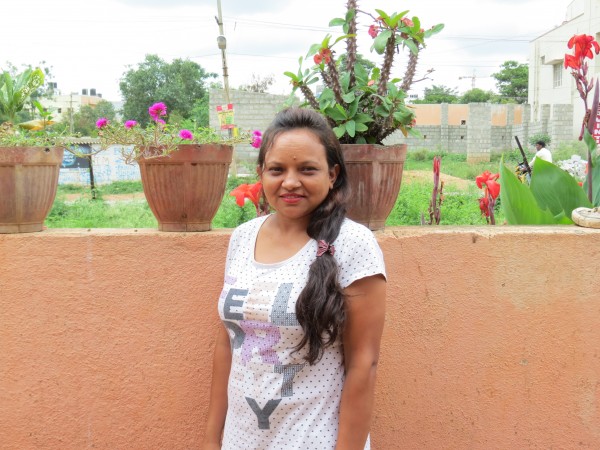 Shobha Sharma, her husband, and their two daughters fled their home in Arughat Bazar in Gorkha District. They first went to Darjeeling and eventually to Bengaluru, where they both run a philanthropic agency, sheltering young people and women in distress.

“Some people come due to some suffering, some due to difficulty; others come to bring up children, feed them and work for a better future for their children. Husbands and wives both do jobs to save some money and do something in the village. Now that we are here, this is like our desh (country). Wherever we stay, that is our desh.” 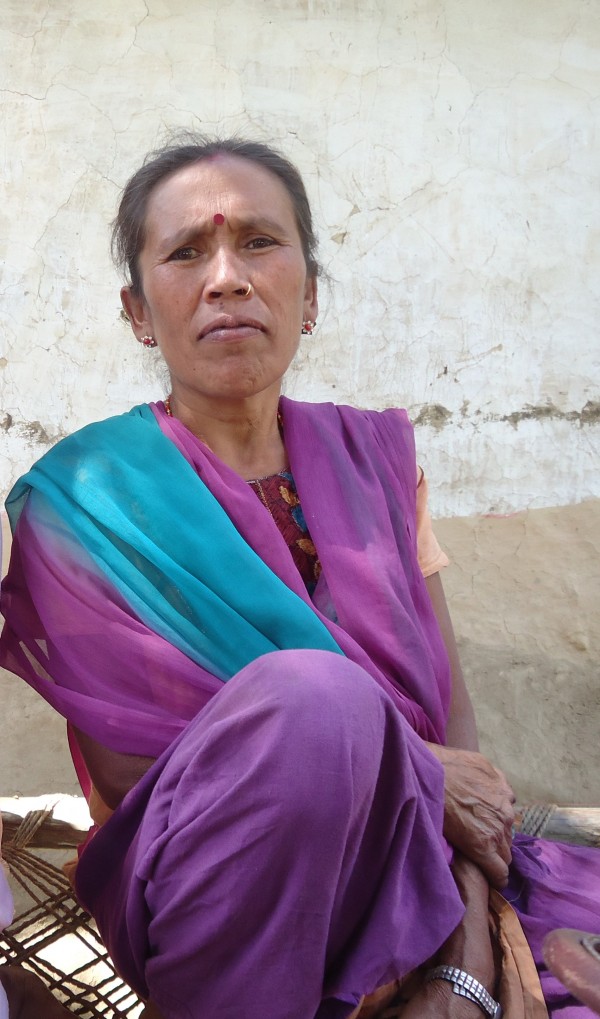 Kaushila, 44, worked in the mountains of Garhwal in India, and then went on to Saudi Arabia via Mumbai. In Garhwal she and her husband carried stones and sand as part of a road-construction gang.

“I socialised, but not much. I did my work, came back, cooked dinner, ate and slept. In the morning, I cooked again, ate, went to work, worked, and came back to my own rented room.” 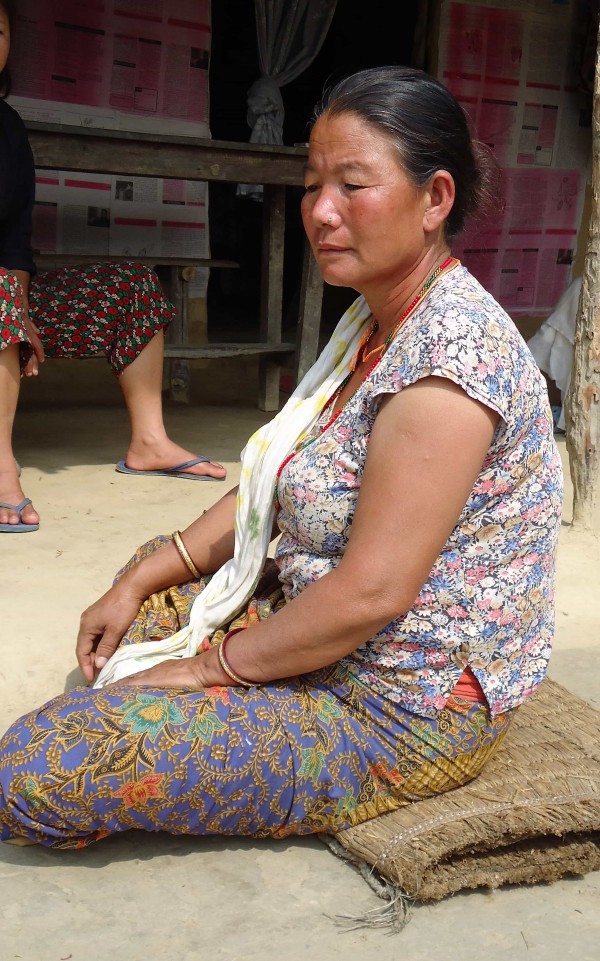 Twenty-five years ago, Man Maya from Jhapa in Eastern Nepal accompanied her husband to Meghalaya, in northeast India, to work in a coal mine. She cooked rice and eggs and fed it to the Nepali mine workers.

“I didn’t get to make any friends. I didn’t stay there for long. And just when I started to understand things, we came back. What can we do? We went there to make money, but we weren’t really able to. We went there, saw the place and came back.” 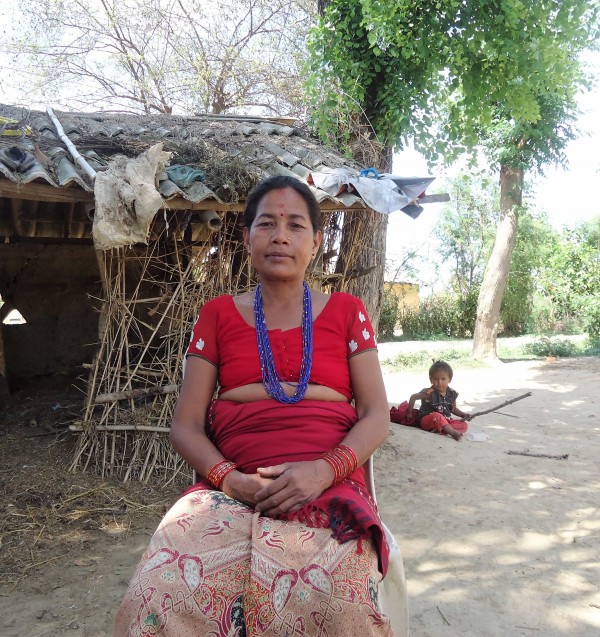 Pavitra Bika, 43, from Dailekh, worked in Aligarh, Uttar Pradesh, in a brass factory for almost a decade. Her factory produced metal cupboards and she earned an average of USD 14 per month. She has now returned to Nepal, and her husband is not keen on her resuming work in Aligarh.

“I was content there (in India). We were healthy. In these hills, working in fields, we get cuts all over our hands and feet. There we could eat properly before going to work and wash ourselves properly. Foreigners would come and commend our work. I received recognition for working well. That’s why Raja Bhaisab [my supervisor] still asks me to come back and has offered me a raise.” 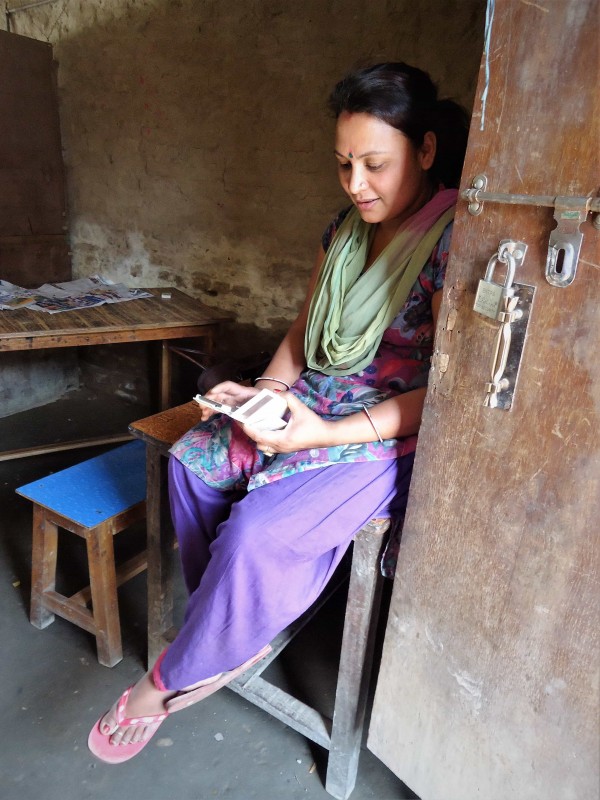 Sangita Mahatara worked as a security guard in a multinational bank in Gurgaon, near Delhi. She worked 12 hours a day, and put in overtime on many days a week, managing to earn enough to admit her children to a private school.

“The boss would be looking at us at all times through surveillance cameras to make sure we weren’t sleeping. If we slept, they would be able to see us from America. That was the kind of system there. I had to be alert at all times. It was hard, but at least we could do our jobs sitting. We had to check what kind of people were entering, and see if anyone sets off the alarms. It was good.”

~The research for this story was conducted under the auspices of the Hri Institute for Southasian Research and Exchange, a unit of The Southasia Trust.

Laxmi Murthy heads the Hri Institute for Southasian Research and Exchange, and is a Contributing Editor with Himal Southasian. She is currently coordinating a Zubaan-Panos initiative on sexual violence and impunity in Southasia through theatre and other performing arts. Sarita Ramamoorthy is a Mumbai-based freelance content writer and editor. She has worked in NGOs for nearly a decade. She can be found at theorangebox.co.in