With the trial of those suspected of war crimes likely to begin soon in Bangladesh, closure for what took place four decades ago might finally be possible. But the opposition is determined to stop the … 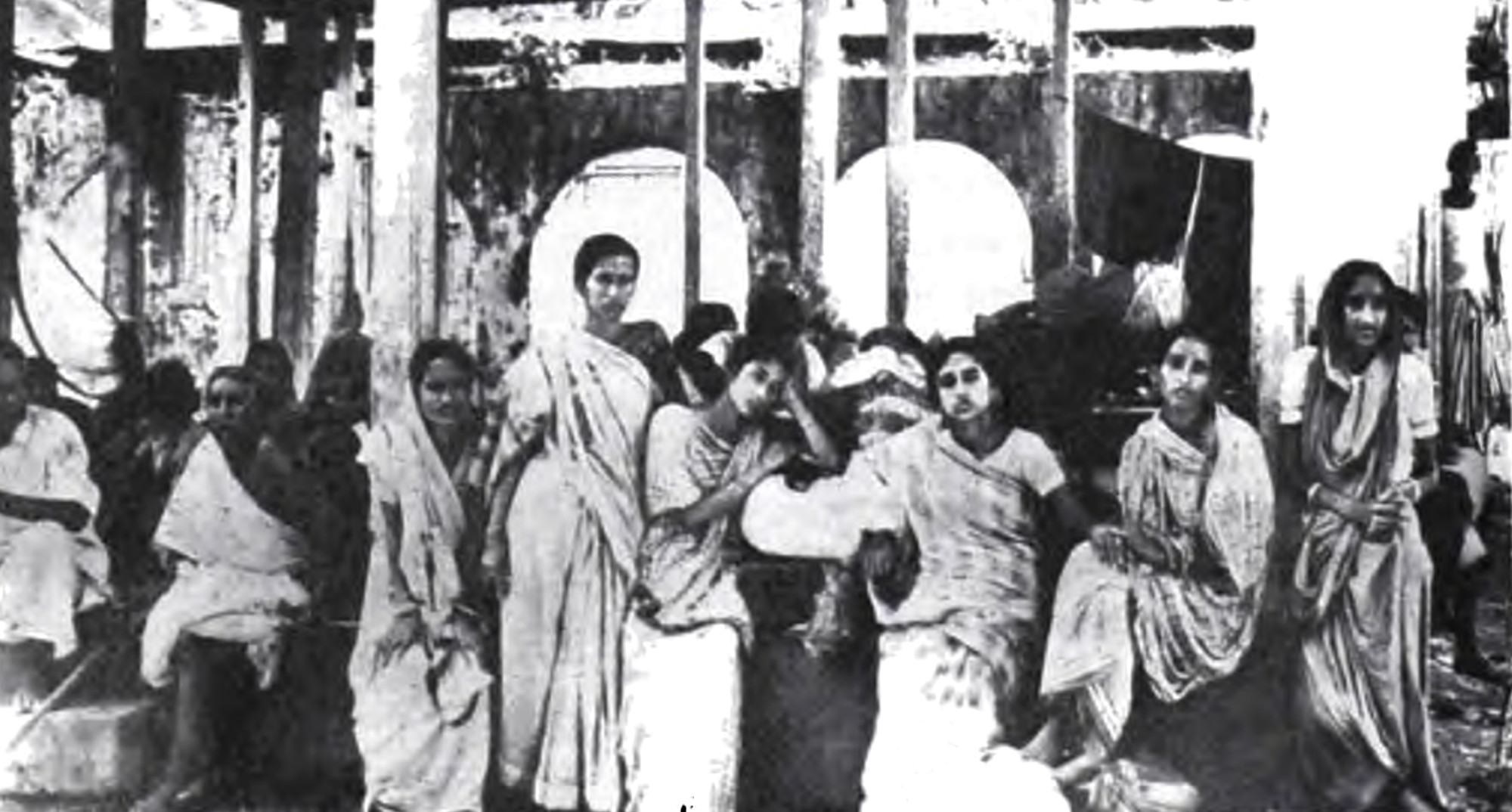 Over the course of the nine months of the Bangladesh Muktijuddho (War of Liberation), in 1971, horrendous crimes were committed by the Pakistan Army and its local collaborators against unarmed civilians. Although exact figures are notoriously contentious, many groups estimate that some three million people were killed, over 300,000 women were raped, and some 10 million people were forced to leave their homes to take shelter in the adjoining states of India. The carnage started on the night of 25 March 1971, when the Pakistan Army, frustrated by the growing strength the independence activists, launched attacks on student halls at Dhaka University, slum areas and neighbourhoods in the capital city, as well as the headquarters of the police and the paramilitary East Pakistan Rifles. This bloodshed continued all the way until December, when the Pakistan Army was defeated and forced to surrender.

In an attempt to crush the growing expectations in East Pakistan, the military regime of General Yahya Khan had put in place a systematic, premeditated campaign. ‘Kill three million of them,’ Gen Khan had said at a military conference in February 1971, ‘and the rest will eat out of our hands.’ Thus, in the name of Islam and Pakistan, the people of Bangladesh faced what many today describe as one of the worst genocides of the 20th century. The Pakistani perpetrators of these crimes have fled and never been held to account, but thus far even the local perpetrators and collaborators have eluded justice. It was only on 25 March 2010 that the government of Prime Minister Sheikh Hasina finally initiated a long-overdue move towards trials of the accused, announcing the formation of a tribunal, an investigation agency and a prosecution team under a law that was actually enacted nearly four decades ago, soon after liberation.

In the last general election, in December 2008, the call for the trial of suspected war criminals played a significant role. An overwhelming majority, especially among young voters, registered their unequivocal support for the demand, which eventually became one of the central pledges by the alliance, led by the Awami League, that went on to win the election. In large part, it has been following the restoration of democracy and the introduction of free media in 1990 that the younger generations have pushed to correct distortions that had crept into the country’s post-liberation history. During that time, the demand for trial of alleged war criminals has also grown stronger.

Despite popular support the move has faced significant resistance, mainly from the political opposition. The criticism has been particularly severe from the Jamaat-e-Islami, the main fundamentalist party, some of the seniormost leaders of which are widely perceived as war criminals due to their direct abetment of liberation-era crimes. The Jamaat’s obstruction of the trial received a massive boost when it was able to engineer strategic support from the country’s major political opposition, the Bangladesh Nationalist Party (BNP), led by former Prime Minister Khaleda Zia. For its part, the BNP has officially pledged ‘all out’ support to the Jamaat, which is a major partner of the four-party alliance it leads. Tactically, the party cannot outright oppose the trial due to the popular support in enjoys, but it has questioned the government’s intentions, dubbing the move to try the war criminals as nothing but a ‘conspiracy’ to crush an anti-government movement.

History plays an important part here. In the eyes of many today, the trial of war criminals is not only a political obligation on the part of the ruling Awami League, but more broadly a rejuvenation of the secular national spirit on which East Pakistan became Bangladesh in the first place. The underlying message of the trial must not be one of revenge, but rather to establish a moral stance: that the rule of law must prevail and that justice must be done to those who committed crimes against humanity.

Moral stand
In fact, the process of setting up a war-crimes trial began in Bangladesh soon after liberation. There has long been bitterness about the fact that this was frustrated in the aftermath of the assassination of the country’s founding father (and father of the current prime minister), Sheikh Mujibur Rahman, in 1975. The 195 suspected Pakistani war criminals, all senior generals and other rank officers, were given free passage back to Pakistan thanks to the Simla Accord of 1972 between Pakistan and India, as well as the tripartite agreement signed in New Delhi in 1974 between India, Bangladesh and Pakistan. These 195 were accompanied by 92,000 prisoners of war who had surrendered to the Bangladesh-India joint command on 16 December 1971.

Those agreements have no implications with regards to local collaborators, of course, and so efforts to establish accountability began soon after 1971. The Sheikh Mujibur Rahman government had promulgated the Bangladesh Collaborators (Special Tribunals) Order in 1972, and had begun to try local collaborators of the Pakistan Army on specific crimes against humanity. In July 1973, the Bangladesh Parliament also passed the International Crimes (Tribunal) Act, to allow for the prosecution of individuals for genocide, war crimes and crimes against humanity. Around 700 were convicted by special tribunals set up all over the country, with several thousand still facing trial. The rest, accused of relatively minor offences, were freed under a government clemency programme.

In December 1975, three months after Mujib’s assassination and the subsequent change in government, all the convicts as well as the prisoners still facing trial were released from detention by the military ruler, General Ziaur Rahman. For his own political interests, the general also rehabilitated those who had been identified as ‘anti-Bangladesh’ political elements for opposing the independence of Bangladesh. At that point, the issue of trying alleged war criminals went almost completely dormant. Gen Rahman, who floated the BNP when in power, worked to strengthen his political base by recruiting suspected war criminals and other elements who had opposed liberation – a strategy of political survival that is now being pursued by his widow, Khaleda Zia.

It was in accordance with the 1973 law, enacted when Mujib was in power, that the Sheikh Hasina government has now initiated the trials process, assuring the world community that this would be transparent and in line with international standards. Although the trials would be based on strong moral and legal ground, political opposition, including recent protests by the BNP (which the government claims are directed at sabotaging the trials) are bound to make the task extremely difficult. The attempt is further complicated because those accused of some of the worst crimes are now established political leaders and businessmen, many of whom had left the country immediately after liberation but subsequently returned. For instance, the ameer (president) of the Jamaat-e-Islami (East Pakistan), Golam Azam, who fled to Pakistan after the Liberation War, returned to Bangladesh in 1977 when Gen Rahman was in power. His citizenship was scrapped by the post-liberation government but later restored by a court verdict. Several others are also directly connected with Islamist militancy in Bangladesh, and are said to be maintaining ties with extremist elements in both Pakistan and Afghanistan.

Police have recently arrested five top Jamaat leaders – present ameer Motiur Rahman Nizami, Secretary-General Ali Ahsan Mohammad Mojaheed, naeb ameer (vice-president) Maulana Delwar Hossain Saidee and the two joint secretary-generals, Kamaruzzaman and Abdul Kader Mollah. Although these arrests were on varying criminal charges, including murder, during the Liberation War, it is believed that these widely seen as war criminals could eventually face charges for war crimes once the tribunal presses formal charges against them. The police are also investigating their alleged links with militant groups. In addition, the Home Ministry has blocked 40 such individuals, all those seen as war criminals, from leaving the country. Out of these, 38 are senior Jamaat leaders who are thought to have played an active part in the violence of the Liberation War. All of these powerful figures are already working hard to see that the trials process is shelved once again, for which the most direct route seems to be working to dislodge the Hasina government.

The trial of Bangladeshi war criminals is seen by liberal Bangladeshis as nothing less than a dénouement to the Liberation War by seeking accountability for atrocities. The challenge before the government is enormous. For the moment, Prime Minister Hasina seems determined, having pledged that there would be no distraction from this ‘moral stand’. The country’s very footings in secularism, badly needed to guard against the current resurgence of fundamentalism and religious militancy, would receive a major blow if the trials process were to be disrupted once again.

~ Haroon Habib is an author and journalist in Dhaka. He was a freedom fighter in Bangladesh’s Liberation War.