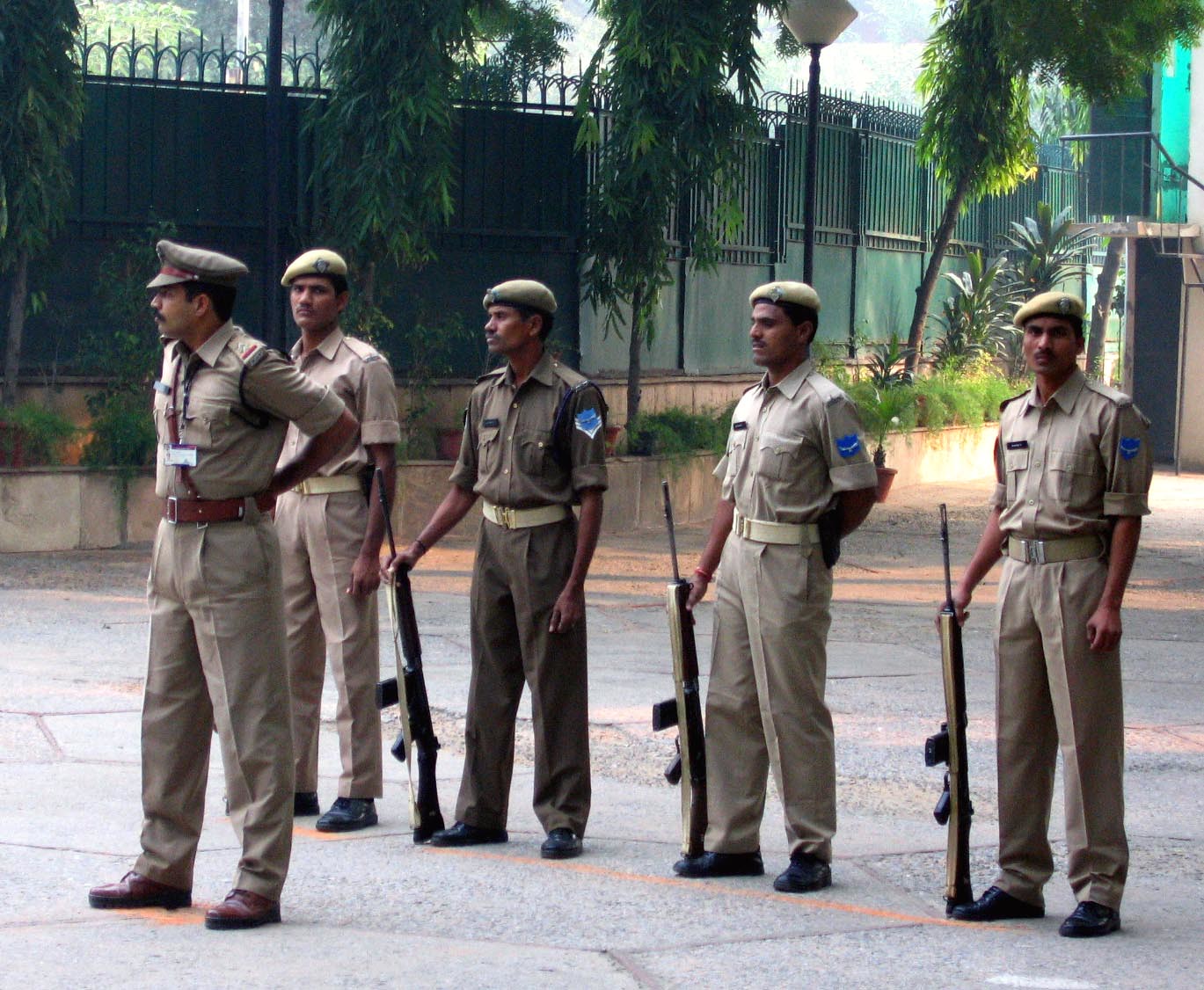 It had been a long week and I was standing outside a public toilet.

Ever since the Citizenship (Amendment) Act, 2019 has come into being, it feels like India has exploded. It felt like Delhi had erupted with rage which manifested itself in the form of protests that threatened to tip over into fury with the slightest nudge. And quite often it did tip over as well. As with most protests, this too brought with it much needed adrenaline and energy. Unlike other times when outrage has to find space to fit into everyday banality, the protests this time also allowed space for outrage to perform. Over the last two weeks many took time out from their everyday lives to rage, perform outrage, and thus – one way or another –to rejuvenate.

Standing outside that toilet, I found myself looking at Delhi very differently. The protests had made us look up from our phones and at each other, cutting across all kinds of class and caste lines. Auto drivers were talking to their customers, the cigarette seller was picking an argument with a smoker, the domestic help was talking to her employer and we were all also talking to ourselves. And just like that, a sense of community emerged. The threat of breaking up the nation with the CAA had launched people into protesting – a nation-building activity (that is, if you define nation as community and not as nation state). The only chaiwalla (tea seller) who benefitted from these protests is the one who served tea at Jantar Mantar. The other chaiwalla (as the prime minister never fails to remind us he once was) cried foul at Ramlila Maidan, yelling into the mike for close to two hours and picking on whatever was left of the horrible meal he had cooked for everyone. Modi looked the nation in the eye and said that there had been no talk of a nation-wide National Register of Citizens (NRC) and neither were any detention camps being built – both his claims are untrue. As I listened to Modi play his blame game, accusing ‘urban naxals’, all other political parties and ‘anti-national elements’, he genuinely looked like he was running out of people to blame. Conflating the conversations around Kashmir, Assam and CAA, he said he was happy to see people raise the Indian flag instead of the gun. Clearly, he’d forgotten the 14 people who died of bullet injuries, or maybe he thinks that’s okay since it was done only for ‘national security’. Is it possible that Modi and I live in the same country but in different nations?

It is impossible not to see the contradictions emerging from within the Bharatiya Janata Party (BJP). However, it would be naive to think that these contradictions are all coincidences. It is becoming increasingly clear that this government’s policy is not ‘divide and rule’, it is ‘confuse and rule’. Perks of living in a post-truth world, I guess.

In response to the protests, the Delhi police along with the Rapid Action Force (RAF) responded with shocking and uncalled for brutality. Something about the way they have responded transcends logic and humanity.

On that cold December afternoon, I left my office to join the anti-CAA protest march from Mandi House to Jantar Mantar. While I stood waiting to use the public toilet, I found myself with some company. A tall man, in blue camouflage uniform, and with all his gear and equipment from the RAF, joined me in my wait. We stood on either side of the toilet door. I know it was awkward for him, too. I tried to register his hard-set features, his tall, sturdy frame and the things he wore to protect his body and break another’s. He, too, must have registered my features and I was reminded of what a friend once told me in passing: “Oh one look at you and they would know you’re one of those anti-state types.” I wonder if he thought that too.

I felt like talking. I felt like asking him if he would hit me or detain me if I began sloganeering right there. The protest calls from down the road were audible to both of us. We both knew where we were headed after our little moment, we both knew why we were headed there, and we understood very well who were going to fight and how

Yet in that moment, he was not the monster he could or rather would be ordered to become on the street. And I had acknowledged that even before I had theorised it. He did too, I think. Yet there was a tension. No matter how long the person before us in the toilet took, neither of us broke the silence to acknowledge the delay which any other two people would have done. There was a need to draw boundaries even in that shared space. Despite the quiet boundaries, there by the toilet, we were still man and woman knowing very well that on the street we would soon become state machinery and the disobedient subject

I was tempted to ask him what he thought of the CAA. I stole a glance at him again and thought “The poor man must be just doing his job to feed his family. Does he really have the privilege of ideological action that I can afford?.” If I questioned him on the deeds of the police and RAF, would he respond by saying “I’m just doing my job?.” He might, as many have in the past. And to those who have said that, I am tempted to ask “Where do you go when you’re doing your job? Do you retire into some place where who you are ceases to exist?”

The whole situation took me back to the writings of Hannah Arendt, the German-American political theorist. In 1963, Arendt wrote the then infamous and now invaluable essay for the New Yorker – ‘Eichmann in Jerusalem’. Adolf Eichmann, the man on trial in Israel, was a German SS officer during the Nazi rule. Israel was trying Eichmann for his role in the Holocaust. Arendt sat through the trial, observing the man and writing about mankind. She coined the phrase ‘banality of evil’ which is located between the “dilemma between the unspeakable horror of the deeds and the undeniable ludicrousness of the man who perpetrated them.” Instead of identifying Eichmann as the ultimate deviant or the unfathomable monster, Arendt stated that Eichmann was nothing more than the ultimate compliant, submissive man next door. And hence, what should scare us is not the man but the neighbourhood we have chosen, not just to inhibit, but to normalise.

Moving the focus from the man to the system and eventually to the self, Arendt talks of how a totalitarian state denies a human of humanness by merely rendering him to be a cog in the administrative machinery, thus facilitating the dehumanisation of these men. Her work has remained widely contentious because many have accused her of calling Eichmann innocent. At no point does Arendt say Eichmann should not be hanged or that he is not a criminal. What she is saying though, is that the crime didn’t start with Eichmann and certainly would not end when he was hanged.

During these last two weeks, many of us woke up to the news of death, detention or violent dispersion. Police can be seen telling the media: ‘We’re just doing our job. These are the orders. You cannot violate them’. The RAF man is no Eichmann.  He is a mere foot soldier. But perhaps the argument holds true of every individual who seemingly exercises free will to commit acts of violence, shielded by a system that has so normalised such actions that nothing outside of it can even be imagined.  The greatest crime committed by these men in uniform is simply: not thinking.

On Eichmann, Arendt claimed that despite all the efforts of the prosecution, everybody could see that this man was not a ‘monster’, but it was difficult indeed not to suspect that he was a clown. This stands true for the big man in uncomfortable clothes, who stood beside me at the toilet as well. He may not be sadistic, or perverted or deviant, instead he is “terrifyingly normal.” A person doing what he has to do to survive in an unequal society. This normalcy is, as Arendt says, far more terrifying than all the atrocities put together. The reason why it is so difficult for most of us to accept this is because this would mean coming to terms with the possibility that an Eichmann could be residing within most of us.

Thus, it becomes a question of responsibility. After all, this is a democratically elected government whose history and manifesto provided enough reasons for us to fear them. Hence, while yes, the RAF man is committing a crime, this crime that is facilitated by the state, is also a state put in place by us. This calls for not just a re-evaluation of the state, but also of the self.

Over the last few years, Modi and Amit Shah have entered our drawing rooms, our bedrooms, our kitchens. While we accuse them of entering our space are we really ready to confront why we ever allowed them in in the first place? And while journalists write stories and civil society conducts fact-finding after fact-finding are we really ready to say” ‘yes, I did not lynch anyone, yes, I did not shoot anyone and yet I am guilty for the suffering of the people if not the crime?’ As writer and poet James Baldwin said, “We’ve got to be as clear–headed about human beings as possible, because we are still each other’s only hope.”