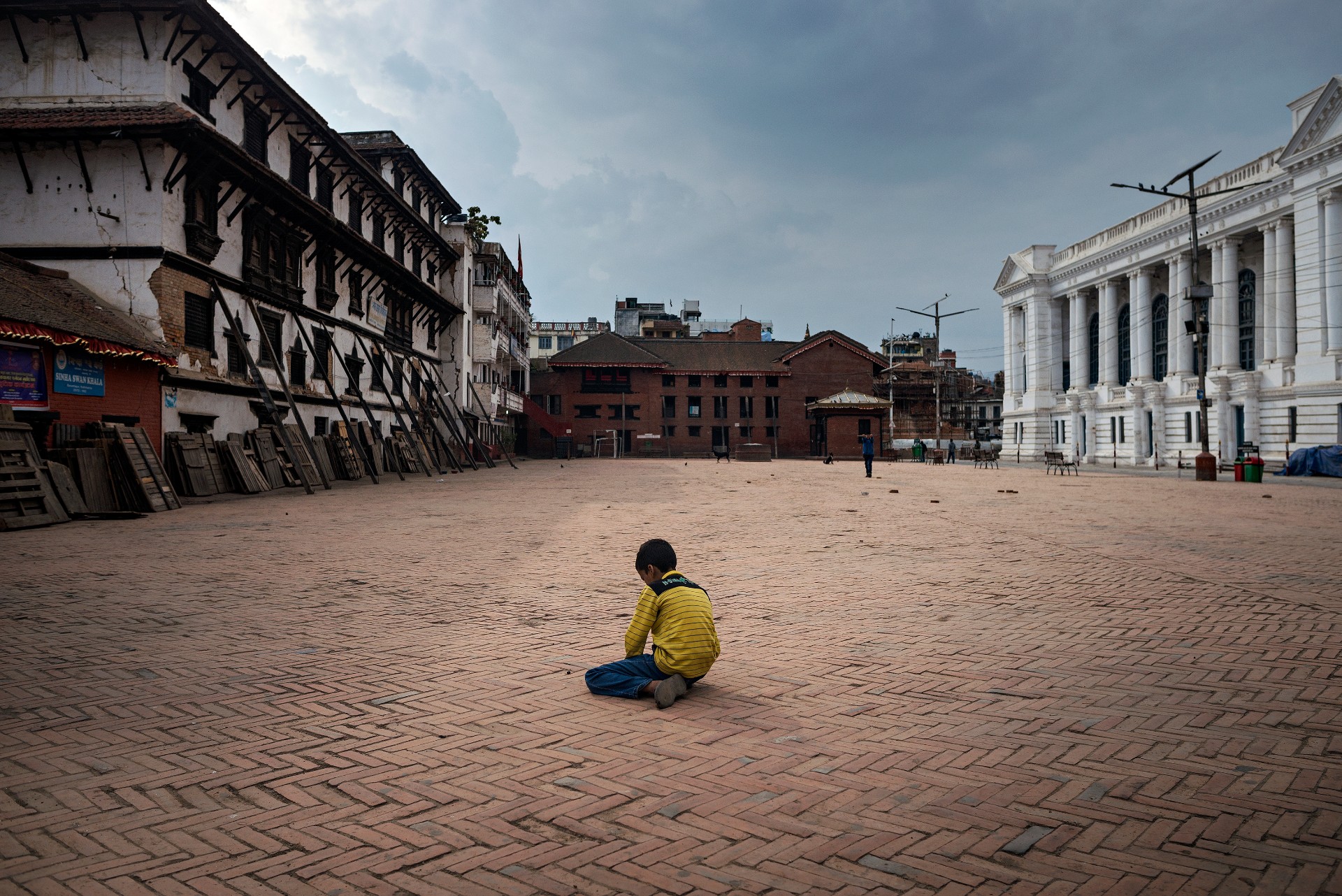 On 11 March 2020, the World Health Organization (WHO) declared the COVID-19 outbreak a pandemic. In response, the Nepal government suspended international flights from 22 March, and border crossings from India and China from 23 March. On Tuesday, 24 March, Nepal initiated a nationwide lockdown, bringing the country to a halt. With Nepal already seeing its first case of local transmission, the lockdown is likely to continue for a while.

After showing recent signs of recovery following the devastating 2015 earthquake and the subsequent border blockade by India, Nepal’s economy now faces new vulnerabilities. Along with the slowdown of domestic economic activity and the damage to tourism, remittance from overseas, which accounts for over a quarter of the country’s GDP, is likely to decrease. As if in premonition of an impending economic crisis, these photographs – some taken the day after the lockdown and some a week later – capture Kathmandu’s streets and squares, previously hives of activity, but now empty.

Giacomo d’Orlando is a photojournalist currently based in Kathmandu.