India-Pakistan visa relaxation for ‘Midnight’s Children’ may be too little too late. 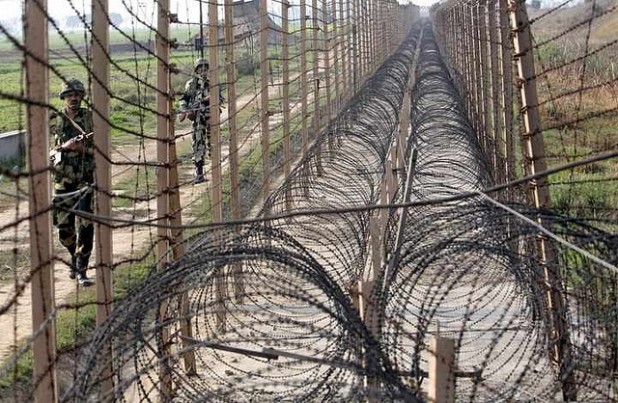 My mother fondly refers to them as the ‘danda (stick) brigade’ – all of them eighty plus, most of them with walking sticks, gather at the Green Park in Chandigarh every evening. They settle down to a cosy chat in a charmed circle of benches. They know they are not going anywhere, the park being the limit to their excursions, but they are excited at the prospect of a visa-free entry into Pakistan. ‘Let us all go together,’ they tell each other, laughing uproariously at the absurdity of the suggestion and yet, half wishing it were true. Twenty years ago they might even have gone. Today a trip to Pakistan is only heart-warming fiction.

It is a travesty. They belong to a generation that grew up in Lahore, or Rawalpindi or Campbellpur (known now as Attock), fled the riots when the two nations parted ways in 1947, and have memories of a childhood that seems idyllic from this great distance of time and space. All of them crave to go back to see the hospitals where they were born, the homes they lived in and the schools they went to. “Daddy would have loved to go to Lahore,” my mother said to me with the regret of a lost opportunity, the September 8 announcement of the visa agreement that allows visa-free travel between India and Pakistan for those above 65 years coming fifteen days after he passed away. Even those who were toddlers then and carry no conscious recall are equally enthusiastic about visiting the memories of their parents or older siblings. J.S. Narang, a retired judge of the Punjab and Haryana High Court was two when they left their homes but he thinks he can now go to the Lahore Medical College to, “see my father’s name up on the Roll of Honour. He was the seventh man in India to do a Doctorate in Medicine in those days and he was a gold medalist. I want to be able to stand in front of that panel on the wall and let a sense of pride wash over me.”

However, what took a second round of peace talks in 2012 between the two nations since the peace process resumed last year, after being stalled by the 2008 Mumbai attacks, was only a phone call away back in 1959. “Yaar Allah Baksh, I long to visit Lahore again. We will make it one of these days,” my father Harbhajan Singh had said to his class fellow from across the border. They were at the border for an Indo-Pak meeting of Engineers to discuss the construction of border posts that would demarcate the new boundaries. And Allah Baksh had said, “You want to come to Lahore? Let us go now.” He had rung up the Commissioner Lahore, got permission for two of his class fellows and their wives to visit. They had then driven along the Lahore Branch of the Upper Bari Doab Canal and reached their destination. It was a ‘no meat’ day, a routine practice those days to curb excesses. Any potential differences on halal or jhatka meat already having been set aside, they were given a vegetarian meal at hotel Shezaan and taken to Anarkali bazaar where they wanted to buy bangles as a keep-sake. The shopkeeper, delighted to see turbans from ‘the other side’, would not accept any payment. They were stopped on the streets and told how much they were missed. By evening they were back in Amritsar after high tea with the Allah Baksh family. They had travelled without visa or passport!

But along with the nostalgia, the eighty plus generation also have memories of the violence and killings that lacerated Partition. Most of them have many horrific tales to tell of what they witnessed, of the hatred they saw in the eyes of the other, of how they hid and fled. But then, for every tale of hatred, there is a much more enduring tale of love. Of my father’s Muslim friend who said, “Don’t worry, they will kill me first before they touch you.” Of the Muslim tongawalla, who rushed him to the station through surreptitious bye-lanes to catch a train to Amritsar and to safety. That may be one reason why, on balance, the notion of being able to walk across the border is still something the octogenarians dream of doing.

And then, for every tale of a Muslim killing a Hindu or a Sikh, there is one of a Hindu or Sikh killing a Muslim. For the migrants, these were not thrice removed stories. They were real. The migrants had seen the bestiality and humanity on both sides. If my father had seen the fires of arsonists burning in Lahore from his rooftop, where Hindus and Sikhs were being stabbed, he had also seen a young Muslim boy being slaughtered on the Jalandhar railway station. “I can still see that handsome young boy holding his hands up like this,” he had said, his own hands held up to show how the boy had tried to prevent and plead, “to ward off the blows, and the swords that sliced off his hands before killing him.”  “I can never forget,” my father said, as his eyes filled with tears. The duality of this experience is then proof against a narrow focus. The migrant, in any case, lives with two homes in his head, his emotions straddling both worlds. Nostalgia therefore survives the vicissitudes of life, the horror of violence, the frenzy of cricketing competition, the senselessness of terrorism.

It is this nostalgia, forged in the soul, which finds fulfillment when borders open up. However, those born after 1947 do not have that bank of memories. “I was born here and though my father had just built a house in Rawalpindi in Pakistan, we never lived in it even for a day because Partition happened before we could. So, I don’t really have this romanticised desire to go back,” says Pinki Puri. In fact, a coincidence perhaps, but those who are exactly 65 today are Rushdie’s Midnight Children, born when the two nations were divided at birth. Therefore, the cut off date of 65 works perfectly because those who were born there are precisely the ones who can and want to go back for a visit. The actuality of this boundless travel may still be tied up in red tape, and the practical difficulties of walking across the border and hailing a taxi on the other side may mean that it is only possible and not probable, yet the visa agreement seems to feed the imagination of a displaced generation. 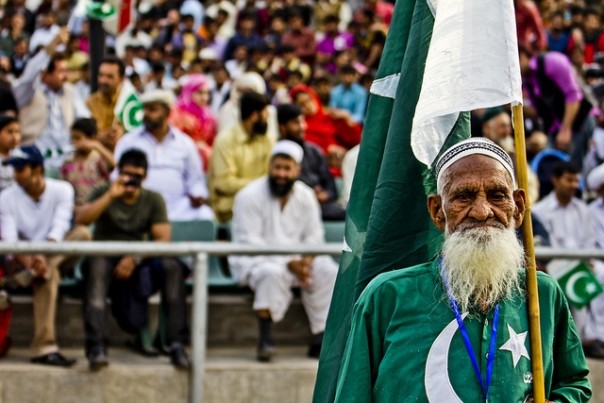 The ‘danda’ generation was in its early seventies when the idea of a soft border was first mooted on the stroke of midnight of August 14 in 1996. A Delhi-based organization, Citizens for Democracy, had given a call for a candlelight midnight vigil on the Wagah Border to emphasise the “need to evolve a more humane, friendly, trustworthy and mutually beneficial relationship between the two countries.” Sayeeda Hamid, who was a part of this group from Delhi, was even more lyrical, talking about the image of “a flowing border.” But she had also been pragmatic, suggesting that in a globalised world it was in any case time to establish a mutuality. A cross-section of different organisations from Amritsar had responded with feeling. The border post was dressed for the occasion – paper flags, confetti, glittering lights and glowing signs – an explosion of light in the midst of the ominous darkness of the electric barbed wire fencing that stands between the nations. The atmosphere was also electric as a 500 strong procession moved forward with slogans that overthrew the entire jingoism of hatred, which had been the officialese for years. “Bharat Pakistan dosti zindabad” shouted the enthusiastic crowd. Rajiv Sethi of the Festival of India fame had stood just this side of no man’s land for a photograph. “I will take this photograph back to my mother,” he had said. He had then planned to organise a mango festival on the border the following year, saying, “the hybrid mango came to us from Babar, and the bumble bee still casually hums across the borders for cross pollination. In any case, music and food are our uniting factors. And the battle ground is now the market place.” This candlelight vigil was to have been replicated across the border by journalists, activists and professionals. A hopeful crowd had peered across the darkness at midnight but there had been no answering candlelight. Instead, a fax message expressing solidarity had helped tide over the disappointment of a jilted rendezvous.

But in the fading light of day, the crowds that gather at the Wagah border for the flag-lowering ceremony every evening now are in a different mood. They watch the synchronized parade by the Pakistan Rangers and India’s Border Security Force on both sides of the border and absorb the aggression in their body language, applaud the snorting and the throw away dark looks that are choreographed into this parade, and are in a frenzy of nationalism by the time the flags are finally lowered. At the end of the parade there is a rush to the gates to stare at those across the border whilst those others are staring back at them. It is a curiosity that imagines, perhaps, horns on the human beings on the other side.

This curiosity could be tinged with acrimony and antagonism, but certainly not with nostalgia, which is fast becoming dated. The same generation that was in its seventies for the midnight vigil will no longer be, as time goes on. And nostalgia will soon be an archive on the shelf, to be taken down and dusted for a closer scrutiny when historians are looking back in time. The visa free entry, which is celebratory just now, will soon be passé.