Skip to content
Commentary > A test for Maldivian democracy 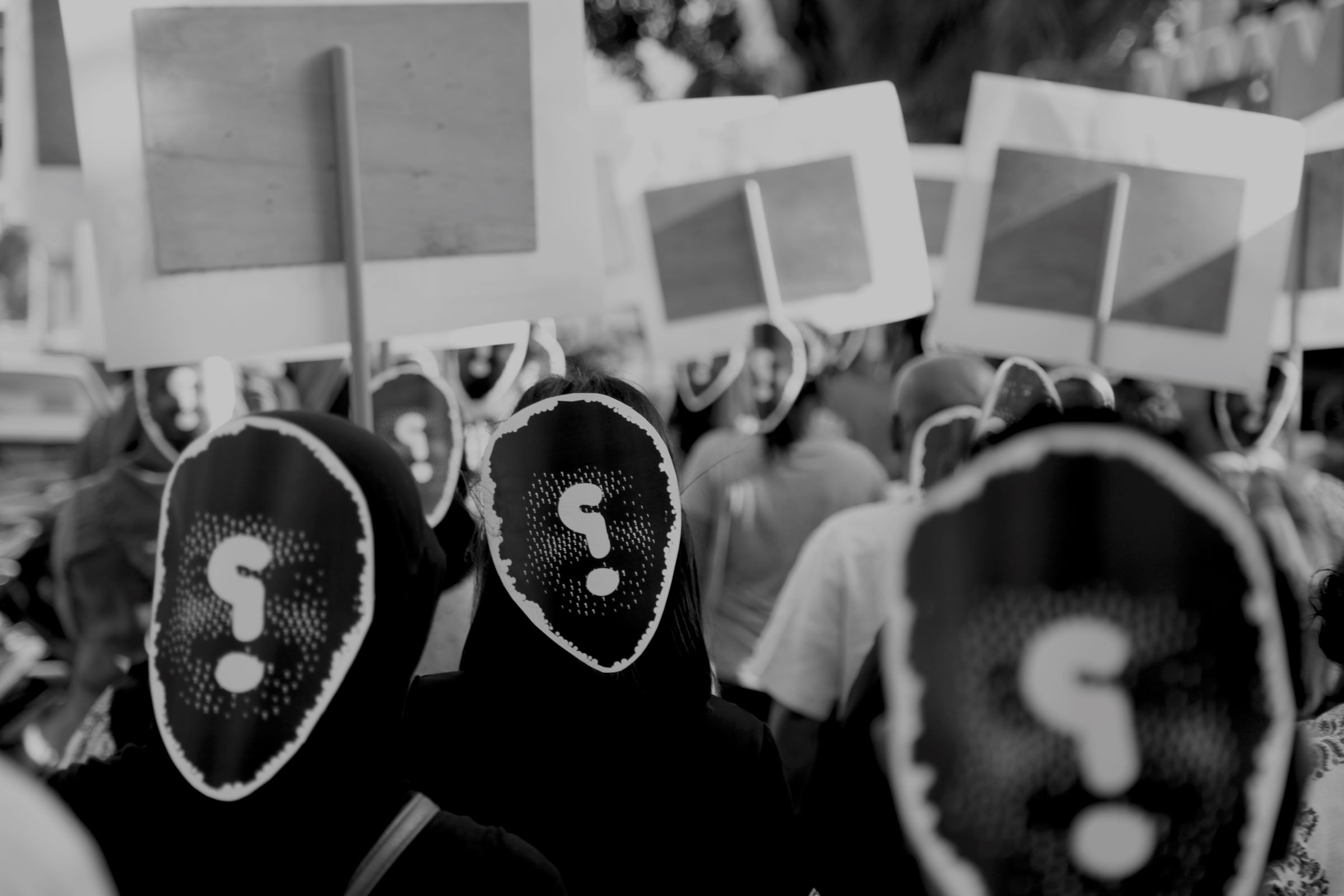 A test for Maldivian democracy

A co-author of the critical Maldivian Democracy Network report reflects on the forced closure of the organisation.

On 5 November 2019 the Maldivian government dissolved the Maldivian Democracy Network (MDN), an NGO with a focus on human rights and promoting democracy in the Maldives, following a joint ‘investigation’ by the police and the Islamic Ministry into a four-year-old report of the MDN which was deemed ‘anti-Islamic’.

The forced dissolution of MDN has in fact emphasised the very dangers that the report, A Preliminary Assessment of Radicalisation in the Maldives – which I co-authored with three others – points to. The report warns that ultra-conservative religious ideologies funded by foreign sources were radically changing traditional religious beliefs to the detriment of progressive societal ideals the democratic constitution stands for.

The report examined four different methods through which this radicalisation was taking place in society: (1) online pronouncements and discussions by leading religious figures and religious NGOs; (2) the syllabi of textbooks used for religious instruction in primary and secondary schools; (3) offline religious activities conducted by religious NGOs and the Ministry of Islamic Affairs; and (4) official religious sermons. The first part of the report to be published in 2015 was the section on school textbooks. The decision to publish it was made after it was shared with relevant official authorities. The publication of other parts of the report was, however, withheld by the MDN for reasons of ensuring the personal safety of the writers until early 2019, with the MDN believing the change to a more democratic government would create the space for debate on the contents of the report and also provide them the necessary security. But in fact, what occurred was exactly the opposite.

The forced dissolution of MDN has in fact emphasised the very dangers that the report, A Preliminary Assessment of Radicalisation in the Maldives – which I co-authored with three others – points to.

On 14 October 2019 a group of 25 men gathered under the banner of ‘I’lmuverin ge gulhun’ which roughly translates as “Association of the Most Learned” claiming there was a clear existential danger to Islam in the country. The threat arose, they said, from the MDN report which they alleged mocked Islam and the Prophet Mohammad and attempted to replace Islam in the Maldives with secularism. “MDN is guilty by Sharia and by law”, the cleric and former minister Sheikh Ilyas Hussain said, demanding a ban on MDN.

The demands echoed those outlined a week earlier by Jamiyyath Salaf, a religious NGO established in 2006, currently the most influential and vocal civil society organisation in the Maldives, which had said the MDN report was proof of continuing efforts to wipe Islam from Maldivian territory and to establish a secular government on the islands.

The space for democratic civil society shrank during the five-year term of President Abdullah Yameen(2013-2018), while the space for religious NGOs, such as Jamiyyath Salaf, vastly increased. An unofficial ban on criticism of ultra-religious figures and their teachings has been in place since 2008 in the name of ‘protecting Islam’. This, coupled with the official policy of denying that a significant part of the population was becoming more religiously conservative (with several taking the route to Salafi-Jihadism), has created a situation in which religion, and religious actors, are growing in social and political influence at an explosive rate.

The Islamic Adhaalath Party, for example, has no seat in Parliament but possesses significant power within the coalition government. Sheikh Imran Abdulla, previously a most vocal critic of democracy, is now the Minister of Home Affairs. The Islamic Ministry continues to grow in influence, and the Ministry of Gender, Family and Social Services is headed by an Adhaalath Party member as well.

Although the MDN report, including the sections which are said to have caused offence, was first published in 2015, Jamiyyath Salaf only began to mobilise public opinion against the report in early September 2019. Politically, it was a tense time.

The new coalition government of Ibrahim Mohamed Solih was getting ready to celebrate 100 days in office. The Maldives Democratic Party held an absolute majority in Parliament, with former leader Mohamed Nasheed as Speaker. In September, the Majlis pushed through significant amendments to the controversial Anti-Terrorism Act of 2015, which granted increased powers to law enforcement agencies in not just stopping but also preventing radicalisation and recruitment. Many preachers and other ‘public figures’ in the religious sphere were afraid of being caught in the ‘terrorist net’.

In this atmosphere, the MDN Report has become a testing ground, an event which is meant to provide answers to several questions that will define the future direction of the Maldives.

The new government had also come to power with the promise to mend the broken judiciary, and to finally investigate several murders and disappearances that had remained unsolved due to suspected government cover-ups. Solih established a ‘Commission on Disappearances and Deaths’ with far-reaching powers to investigate selected cases including the high-profile murders of Dr Afrasheem Ali, an MP and Islamic scholar in October 2012; the disappearance of Ahmed Rilwan, a journalist at Minivan News (now the Maldives Independent) in August 2014; and the murder of software developer and satirist blogger Yameen Rasheed in April 2017.

On 1 September the Commission revealed that journalist Rilwan had been abducted on 8 August 2014 and murdered at sea by an Al-Qaeda cell in the Maldives. The Commission tied the murders of Yameen Rasheed and Dr Afrasheem Ali to the same terrorist cell, and was about to publish full details of how the legislator was murdered. There were violent elements within both political and religious sectors during the time of his murder, and there was the possibility that his killing could have been motivated by either or both. Politicians as well as religious leaders were nervous about what the Commission’s findings would ultimately reveal.

Belief in democratic ideals, on the other hand, appear to have suffered a setback, equated as it is with secularism, and therefore ‘incompatible with Islam’.

The public furore over ‘the MDN Report’ pre-empted the Commission’s findings, creating a scene where, when the role of religious extremists in society became evident, an Enemy of Islam was already at the gate. Justifying, in a sense, the need for increased religiosity and clerical influence.

In this atmosphere, the MDN Report has become a testing ground, an event which is meant to provide answers to several questions that will define the future direction of the Maldives. Will the democratic government ban discussions of secularism in the name of protecting Islam? What the clerics have in common, despite many differences, is a subscription to the belief that ‘true Islam’ can only be practised by reviving the ‘Islam of its first three generations’. A philosophy, in other words, that ‘believes in progression through regression’. The dissemination of this belief in various forms has been a prominent part of life on the islands for over a decade. Belief in democratic ideals, on the other hand, appear to have suffered a setback, equated as it is with secularism, and therefore ‘incompatible with Islam’. If there is a campaign against the current government – and democracy itself, will both survive the onslaught?

(Note: This article has been revised to correct an error. The earlier version mentioned the Adhaalaath party had one seat in Parliament. It lost its only seat in the last election.)

Azra Naseem is a writer, and postdoctoral researcher affiliated with the Institute for International Conflict Resolution and Reconstruction (IICRR) https://iicrr.ie/team/research-fellows/, School of Law and Government, Dublin City University. Naseem is a contributing editor to Himal Southasian.