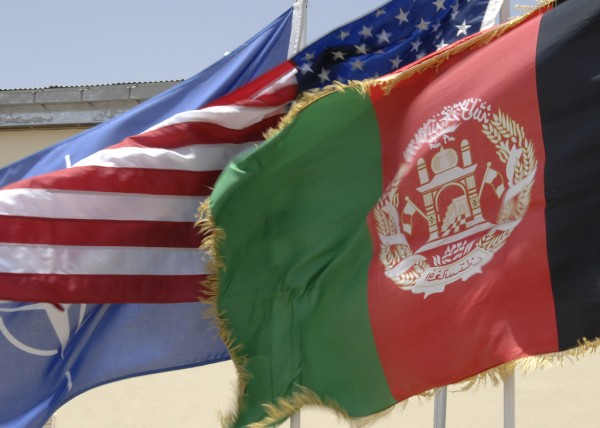 The 16 days of talks in Qatar between the US and the Taliban from late February into March did not yield a breakthrough but intensified concern, among Afghans, about the parameters of a settlement negotiated between the two parties. While details of any progress were kept under wraps, discussions about a ceasefire and the involvement of the Afghan government were apparently relegated to a later stage of negotiation. The talks appear to have concentrated on hammering out more text regarding the two matters that most interest the parties at the table: US troop withdrawal and Taliban guarantees against an al-Qaeda return to Afghanistan.

Before he became the US president, Donald Trump had made clear he couldn’t wait to end a mission for people he considered ungrateful for American help.  He has tweeted repeatedly on the subject: “we waste billions there”; “We are building roads and schools for people that hate us”. Although he seems to refrain – at least publicly – from putting time pressure on his chief negotiator, there is no indication he has changed his mind on a withdrawal from Afghanistan. The Taliban want the withdrawal of US troops in order to be able to implement their regressive social agenda without attracting too much international attention – which would also drop further with troops pulling out.

What such an agreement would mean for Afghan men and women is discussed intensely among them, and by observers of Afghanistan. Indeed, since they were driven out of power in 2001, the Taliban have modified their position on a range of issues, from the education of girls to their willingness to cooperate with foreign NGOs. After discussions with representatives of other Afghan groups (but not the Afghan government) in Moscow in February, they agreed to a joint statement in which they explicitly stated they would protect the “social, economic, political and educational rights of the Afghan women” and those of all Afghans. Furthermore, they said women would be allowed to choose their partners and serve in high political position, except those of the head of state and the chief justice. But they also added that this would be happen “in line with the Islamic principles”.

Research done by our organisation, the Afghanistan Analysts Network, and others has further shown that the Taliban have established coherent policies in many areas and are able to implement them. When the Taliban adhered to a three-day ceasefire over the Eid festival last June, without any violation, many were surprised: they had not believed that the Taliban could be so disciplined.

The keyword here is ‘could’. For example, after they took over much of Dasht-e-Archi district in Kunduz province, the Taliban said they would allow school girls to finalise their class 12 final exam, while the countrywide Taliban standard generally limits schooling for girls to grade 6, although such limits also exist in non-Taliban areas. In one Taliban-controlled district in Wardak Province, girls’ schools are completely closed. A policy is one thing, political practice another – and implementation is mixed.

Make no mistake: all other Afghan representatives at the Moscow talks signed the ‘Sharia caveat’ on Afghans’ rights, including former President Hamid Karzai. This is no surprise, as it is enshrined in Article 3 of the current Afghan Constitution that Islamic law is pre-eminent in Afghanistan. This constitution is, however, rejected by the Taliban, as drafted ‘under the cloud of the American occupation’. Ergo, this debate is less about religion and theology, but more about how the balance of power will play out in a post-withdrawal coalition government. It is difficult to imagine how a peace accord with the Taliban will be achieved without giving them a share of power and political influence.

Here lies another, often overlooked, problem: many potential Taliban coalition partners are already part of the Afghan political system, and the majority are religious conservatives or Islamists. When in power in the 1990s, before the emergence of the Taliban, these leaders had already limited freedoms, and not only those of women. Currently, they hold the majority in the Afghan Parliament, and it is there that they have repeatedly ensured that laws protecting women against domestic and other forms of violence, or those protecting media freedoms, for example, were not passed. At the moment, Afghanistan’s almost complete dependence on Western funding and the international presence on the ground, including that of troops, ensures that worse is not happening. But the rights and freedoms of Afghans are not on the priority list of US negotiators talking with the Taliban. Declaring that the discussion of these rights be subject of future “intra-Afghan dialogue,” as the chief US negotiator Zalmay Khalilzad has done repeatedly, means they do not play a role in the current US-Taliban talks. This puts the matter at the mercy of the conservatives and Islamists.

The initial question about how a post-withdrawal Afghanistan would look, however also overlooks the issue of whether the current government is much better than the Taliban. This is due to the black-and-white manner in which Afghanistan has so often been discussed: Taliban – bad, internationally-supported current government – good. If only it were that simple.

The current government includes many Western-educated people, including President Ashraf Ghani himself. In the 2014 election, this gave him the support of those who feared a reactionary backlash under a warlord-Taliban alliance. But Ghani’s ‘reformist’ government has disappointed many. Since 2014, it has barely scratched the surface of an inherently corrupt government and administrative system. An over-centralisation of decision-making and a lack of transparency, combined with Pashtun ethnocentric views repeatedly expressed in public by a number of young government officials, have cost him many sympathies.

Moreover, social indicators from the country are catastrophic. After the overthrow of the Taliban, poverty was pushed back gradually. But according to latest figures, provided jointly by the UN, the World Bank and the Afghan government, more than half of the Afghan population is under the national poverty line again. At 54.5 percent, this is nearly the same figure as in 2003, the first year for which data is available in the post-Taliban period, a time before the huge aid largesse and the foreign-troop-induced economic bubble in building and security businesses, kicked in and drove macro-economic data up. Many of those who had climbed out of poverty have fallen back again. Furthermore, many of the widely touted successes – in areas from schooling to maternal death rates or life expectancy – have in some cases been vastly exaggerated or are in serious doubt. (The real improvements would already have counted as a success, yet now they are obscured by doubtful data). Ghani, also in various capacities a member of earlier governments, cannot escape the blame for this.

We are already seeing a gendered dimension of this deterioration. Women are widely disadvantaged under normal circumstances, vis-à-vis men. But deteriorating security has had a particularly negative impact on women, as men often do not allow girls in their families to attend school anymore, or to go to a clinic. Given the broad conservative-Islamist alliance, women could be the first to suffer again.

At the same time, Afghans see large segments of their elites profit from the war. They saw how sons of ministers, or those with connections to the US military, took the lion’s share of contracts for supplying logistics which were worth billions; how shameless officials took suitcases full of cash on weekend flights to Dubai, through Kabul airport customs (where Western advisors worked); how army officers sold fuel and ammunition to their enemies; and police officers protected drug transports through their fiefdoms. In their well-protected offices and villas, these elites cannot, or do not want to, see the abject poverty the majority of their own people live in, even while they monopolise security for themselves, with oversized close-protection teams and shielded by concrete walls and streets entirely cordoned-off. According to an unpublicised government report, 80 billion dollars of aid money – intended to lift Afghans out of poverty – has been siphoned off, ending up in foreign bank accounts, taking the form of apartments on Palm Jumeirah, Dubai, or near New York’s Central Park, and possibly in the form of investment into many a ‘clean’ Western business.

People in contested rural areas suffer particularly. The situation there is too volatile to allow continuous humanitarian aid or broader development programmes. The financially strong government development agencies have long evacuated most of their expat staff. This has further weakened oversight, as more and more projects go on ‘remote-control’. The rural population holds the government responsible for being cut off from support as it is corrupt, or incapable or unwilling to work – where it is still present, even as its presence itself is continuously dwindling in rural areas. The Taliban, meanwhile, collect goodwill in the areas they control as they keep up health and education services. Although it is the government that still pays the salaries, it is the Taliban which ensures teachers and doctors really show up at work. Taliban courts are also seen as more reliable – not because they use brutal bodily punishments (this also happens), but because they are not corrupt and deal efficiently with land and other conflicts.

If there was to be a free election, most Afghans would very likely still not vote for the Taliban. They appreciate the freedoms they have had since 2001, at least on paper. A ‘reform’ of the constitution, as aimed for by the Taliban, could also delete those freedoms.

Given the mixed picture across the country, there is no clear answer to the question of what Taliban-influenced policy will look like after troop withdrawal and power-sharing. Their moderation on many issues is growing gradually and may be tactical, to facilitate the withdrawal in the first instance. After that, more rigid policies could become dominant again, particularly if other Afghan political forces do not object. On the other hand, and on a more positive note, the Taliban have realised in many parts of the country that they cannot rule against the population. They have proven to be perceptive of public opinion and community interests.

The dilemma for Afghans is the choice between supporting talks with the Taliban, which may end the war but compromise their rights, or opposing the talks and power-sharing and risking the continuation of war.

Thomas Ruttig is the Co-Director of Afghanistan Analysts Network, an independent think tank based in Kabul and Berlin.