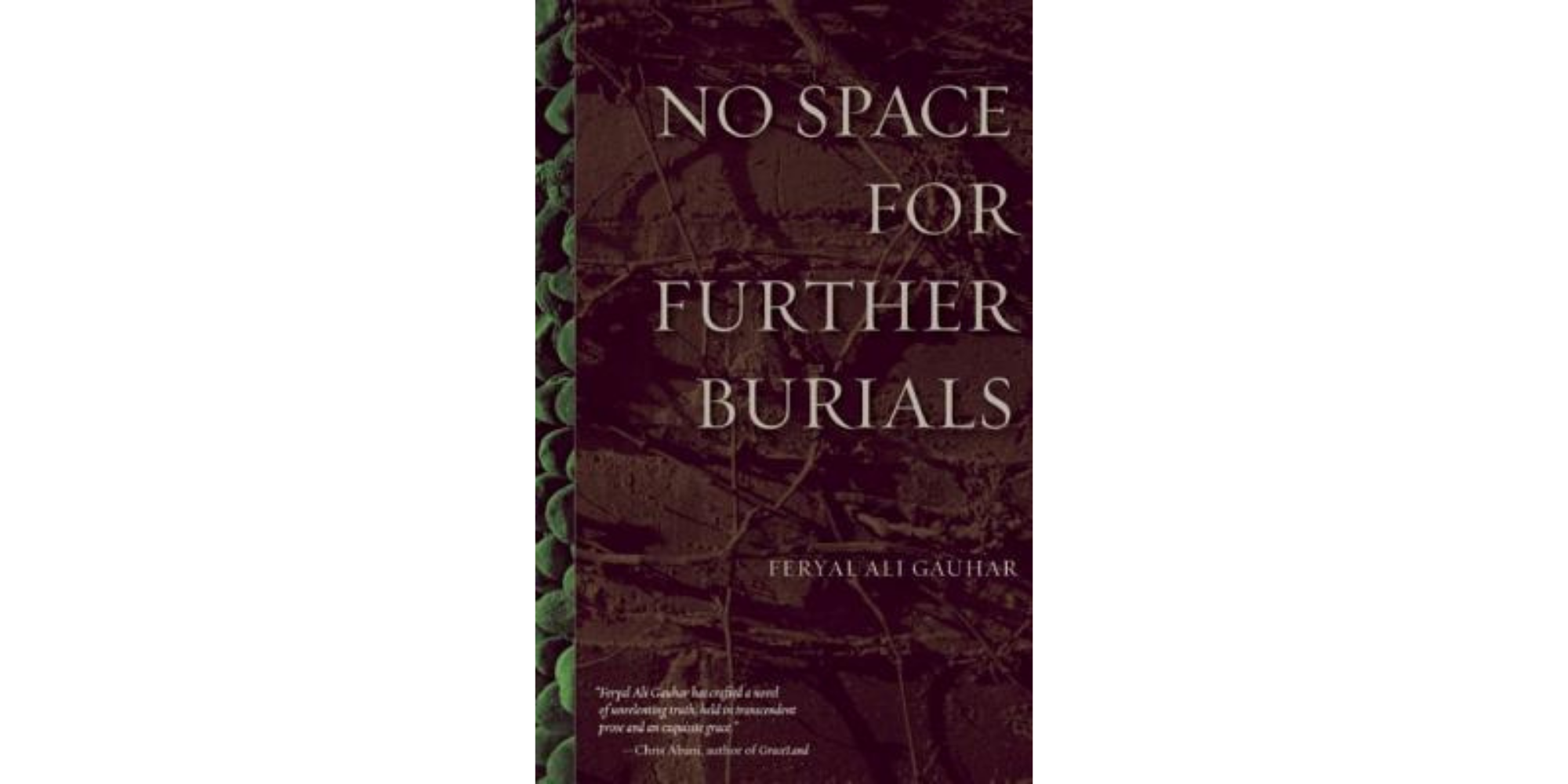 Feryal Ali Gauhar’s new novel is an unmitigated tale of horror – bestial fact stacked upon bestial fact, evoking revulsion and nausea. The book’s jacket claims that the work powerfully reveals the tragedy of Afghanistan, the terrible madness of war. But No Space for Further Burials never reaches that broader bank, staying caught instead in the narrow sewer it describes.

Although the book’s publisher gives only sketchy details about the author, Gauhar is well-known enough in her multiple roles as a UN goodwill ambassador, a TV actress, and as the author of the 2002 The Scent of Wet Earth in August, which explored Tibbi Galli (Lahore’s red-light area) and the abuse of women. In No Space for Further Burials, she moves away from both Pakistan and gender issues, instead basing her novel in post-Taliban Afghanistan.

Gauhar’s central figure is a US Army soldier who, having strayed from his base, is captured, and suddenly finds himself shoved into in a mental asylum along with mentally deranged, physically crippled and diseased inmates. Inside the walls of the asylum he is known as ‘Firangi’. The asylum, once funded by the government and serviced by foreign doctors, has now been abandoned to itself, with only the inmates/captives remaining behind, kept forcibly by the asylum’s caretaker and his wife. There are several mysteries here: why the caretaker continues to hold these people here; why he and his wife do not turn the inmates free, and escape themselves; where the group’s food comes from, and why they choose to slowly starve rather than leave the asylum’s horrific confines. Perhaps Gauhar feels no need to explain these issues, preferring instead to allow them to build into her endless vortex of sordidness.

In the midst of all this, there are some references to the outside world. Soldiers, who are interchangeable with looters and rebels (the distinction is not explained at any length), come regularly to plunder the asylum for whatever it might yield. There are some brief snapshots of Firangi’s earlier life in his military base, as well as occasional references to the possible futility of the American military attempt to bring democracy and liberation to a country such as Afghanistan. Gauhar tries to weave in bits of Afghan history, as well as that of the Great Depression of 1930s America. Where the book fails is in linking these issues together; in broadening the peephole show to take in the larger world; in balancing the horror with the human element that would let the reader relate to the characters or their squalid situation.

No single character in this asylum is afflicted by just one ailment. Instead, each has a string of horrors plaguing him or her. Even the one friend that Firangi makes in the asylum, Bulbul, ends up making lewd gestures at him before stealing his clothes. All the while, Firangi’s homophobic fear of contact with Bulbul hangs over the relationship like a pallid, overcast sky. At other times, limbs are broken and deformed, flesh is torn, and family tortures family; pus, mucus and blood are liberally smeared over this tale. All forms of madness also make appearances here – rape, injury, the killing of families, and people driven insane by the terrible things that have happened to them.

Sitting in Afghanistan reading this book, this reviewer notices interest in Afghanistan flagging in the international media. Only the big, sexy stories continue to capture interest: the drug wars, the Taliban and the deaths. There is the fear that reporting on Afghanistan will go the way of Iraq, reduced to stories of the dead and not the living. The incessant roll call of death in Iraq has blunted media viewers the world round – immunised us from feeling anything but the mildest shock. Death tolls of more than a hundred are relegated to sidebars in newspapers, taken off the headlines after cursory mentions in brief bulletins.

The unmitigated reporting of horror functions as an anodyne. The lack of shock evoked by the coverage of Iraq is skewed; not because no one cares about the living, but rather due to the fact that the media does not talk of them. When understanding of a country is reduced to its death count, there is no human face to the tragedy there, and it slowly ceases to matter. Similarly, the sheer horrors in Feryal Ali Gauhar’s book also act as an anodyne, to anaesthetise any sensation.

There is an element of Mantoesque madness recreated in No Space for Further Burials: the blurring of lines between the sane and the insane, between memories and reality, between dreams and facts; the loss of concepts of time and space; the nowhere land of Toba Tek Singh, from where Firangi will not be rescued. At best, however, this remains a mere attempt. The attempt to make everything absolutely horrifying, surpassed by even more unimaginable horrors that lie in wait, destroys what the book sets out to do. No Space for Further Burials may bring up plenty of bile, but it does little to stir real emotions.

Aunohita Mojumdar is the former Editor of Himal Southasian.