Afghanistan is under-prepared for robust elections, but postponement could cause further instability. 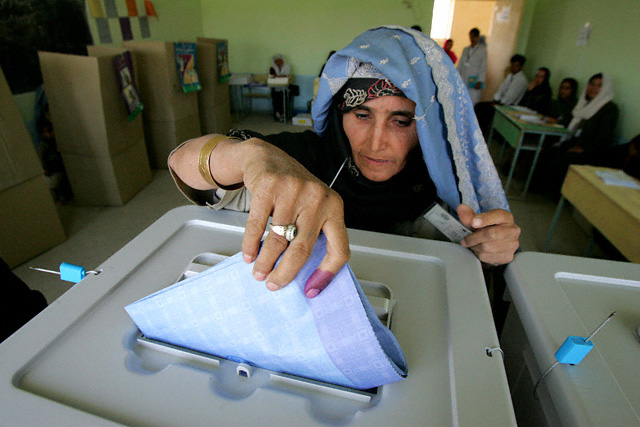 With just over a fortnight to go for Afghanistan’s next election, many Afghans are still wondering whether they will be able to vote, and if so, what exactly they will be voting for. Though parliamentary polls will go ahead on 20 October 2018 despite all the shortcomings, the originally – and very optimistically – scheduled first-ever district council elections will not be held. Ghazni province has also been excluded from the parliamentary elections which are taking place after a delay of three years.

District council elections have been postponed on the suggestion of Afghanistan’s Independent Election Commission (IEC), following the lack of adequate candidates for the contest. There were no district council candidates at all in 42 districts, no female candidates in 78, and in 166 districts the number of women candidates was either less than or equivalent to the number of reserved seats, which would mean there would be no contest. In only 40 out of 387 districts were there a sufficient number of male and female candidates to allow competitive elections. The IEC has now suggested it would hold these elections and the parliamentary poll in Ghazni province along with the next presidential and provincial council elections due on 20 April 2019.

Apart from these challenges, there are several unresolved issues. The electoral reform promised by the unity government – itself a stopgap arrangement arising out of disputes over the results of the last Presidential polls – has not taken place. The only ‘reform’ has been a change of personnel in the IEC and the Electoral Complaints Commission (ECC). There is still no reliable voter list. A census which would be the basis for an inclusive and fair election, has yet to be carried out. Though the ECC plays a decisive role in the outcome of the elections, usually through disqualification of a large number of votes, its rules of procedure have not been made transparent as had been demanded. Steps to alter the electoral system to give a bigger role to political parties were delayed until it was too late. There are grave doubts about whether the IEC has really inspected the polling centres in many areas and whether the geographical spread of the centres reflects the spread of the population, spurring fears of disenfranchisement. Moreover, at this time of the year, parts of the country could already be cut off by snow, denying some of the electorate their right to vote.

Another big hurdle for general and representative elections is, of course, the conflict. Half of the country is not under control of the government, and the newly emerged local IS outfit has repeatedly attacked electoral installations. The Taliban too has made clear that – in contrast to 2014 – they will not play ball again by allowing the elections to take place without disruption.  It is not only the Taliban itself that is a security risk but also the local strongmen and candidates backed by them who use freewheeling militias to intimidate voters. Going by past experience, even the security forces may not be neutral. In 2010 this writer observed some local police and army units fake Taliban attacks in order to evacuate polling stations and stuff ballot boxes.

There is yet another risk. Should this year’s parliamentary elections produce an aftermath of counting, recounting, adjudication and dealing with complaints only half as long as in 2010, this will spill over into preparations for the April 2019 presidential polls.

It is not just the Afghan government which is to blame for these problems but also international donors and their insistence on holding elections despite obvious deep-rooted problems. The exercise of conducting elections – but not their quality – has long been used as a benchmark for progress in Afghanistan, especially by the donors. This year, with an American president threatening to pull the financial plug on support to Afghanistan, the electoral exercise has become particularly important. There will be a new donor conference in Geneva in November, and it is feared that President Donald Trump might finally lose his patience if this election does not take place. That would be disastrous. However not sorting out Afghanistan’s electoral framework will also be destabilising, in the long run. Therein lies the dilemma.

Thomas Ruttig is the Co-Director of Afghanistan Analysts Network, an independent think tank based in Kabul and Berlin.