A blinkered look at the future of US involvement in Afghanistan and Pakistan continues to place hope in those who have failed so far. 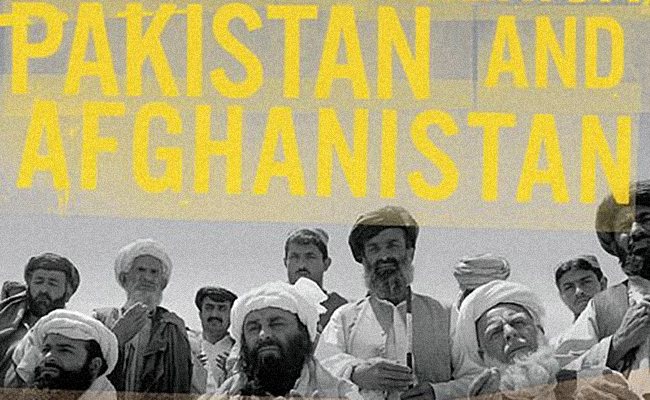 Pakistani president Asif Ali Zardari rushed to Chicago at the last instance in mid-May 2012 for the NATO Summit. The message had come from the White House that the US was willing to make some concessions if the Pakistanis would re-open the supply lines from Karachi to Afghanistan. However, when Zardari arrived in Chicago, US President Barack Obama snubbed him. The Americans found Zardari uncooperative. The supply lines would not re-open.

Relations between Pakistan and the United States have been fraught for decades, with occasional warmth when Washington sees some use for Islamabad, but more often marked with coolness. The fracas over the killing of Osama Bin Laden by the US and the arrest of Dr Shakil Afridi – accused of collaborating with the CIA – by the Pakistanis in retaliation, are only the latest in a string of such incidents. All this disturbs the Pakistani journalist Ahmed Rashid, who would like to see the Pakistani elite properly ally itself with the United States in their common war against extremism. Both seem to have a common enemy, the Taliban – whether its Pakistani or Afghan franchise – and yet, because of the limitations of the Pakistani elite (through the agency of the military and the ISI) this alliance has not fully germinated.

According to Rashid, Pakistani elite is in two minds about its American ally and about the Taliban. It is suspicious of American intentions, and wishes to keep the Pakistani Taliban and extremist element alive and well to use as leverage in Afghanistan against the lingering Indian threat. Rashid sees the Pakistani elite’s view of the US and of India as unhealthy paranoia.

It is always a delight to read Ahmed Rashid, as his highly informative material comes packaged in crisp prose (perhaps under the lasting influence of Derek Davies, the flamboyant editor of the Far East Economic Review and a very capable stylist). What is less pleasurable is his claustrophobic political vision, which gets more and more airless with each of his books. I remember reading with great pleasure Rashid’s The Resurgence of Central Asia (1994), written when Rashid was in full flower at, among others, the Far East Economic Review, and a decade after he had returned from the hills of Balochistan, where he had gone with his comrades from the London Group, including Najam Sethi, to join the armed struggle. Rashid’s superb reporting from Afghanistan informed his book, Taliban (2000), which became a primer on that movement after 9/11. Its partner volume, Jihad, appeared in 2002, and took the story of political Islam further north into Central Asia. Rashid’s next major book, Descent into Chaos (2008), took his work in a different direction. It was a book of great melancholia, worrying that both Pakistan and Afghanistan were on the precipice of disaster. In that book, Rashid laid the onus firmly on the Pakistani elite and on his friend, Afghan president Hamid Karzai. The US received a free pass, coming off as an honest actor trying its best to defeat the remnants of the Taliban.

There is a reason why Rashid frequently tells the reader of the recently released Pakistan on the Brink to go back and read Descent into Chaos. The former book lays out the argument that is simply brought up to date here. It was in Descent into Chaos that Rashid made his point that the Pakistani military had pulled the wool over American eyes, leading the US to believe that it was the only force that stood between the current ‘peace’ and a future Taliban-ruled Af-Pak. Now, in Pakistan on the Brink, Rashid suggests that the US has pulled the wool away, seen things clearly, and decided to act in northern Pakistan (largely through the drone program) and elsewhere without coordinating with the Pakistani military. Such a move is dangerous for Pakistan, Rashid argues. “Pakistan is already on the edge of the precipice,” he writes, “killings, mayhem, and the breakdown of state control spread across the country, while the government seems to ignore it all.”

Rashid rightly points his pen at the Pakistani elite’s myopic governance strategy. It leeches the country of its social wealth, and reinvests little to build infrastructure and a productive base to enhance the social conditions of everyday life. “In the past twenty years,” he writes, “[Pakistan] has not developed a single new industry or cultivated a major new crop, even though it is an agricultural country.” To put it in the far more acidic prose of Pakistani intellectual Tariq Ali, “The predicament of Pakistan has never been that of an enlightened leadership marooned in a sea of primitive people. It has usually been the opposite.” It is precisely because Rashid sees the elite for its shallowness that one might expect him to turn his attention to the population of his country. Pakistan’s two nepotistic political parties seem unable to take the future in hand, and the military plays a dangerous game with the extremists, who function as the army’s main political vector into society.

Blind to Popular Initiative
Pakistan is pulsating with social and political movements that have no direct electoral vehicle – farmers, factory workers and fisherfolk do not sit idle, waiting to be recruited into the Taliban or into the military. Activists such as Baba Jan Hunzai from Gilgit sit in jail because they threaten the consensus, while the Pakistan Fisherfolk Forum (led by Mohammad Ali Shah) continues its protests over access to the Puran Dhoro waterway in southern Sindh. Akbar Ali Kamboh, Babar Shafiq Randhawa, Fazal Elahi, Rana Riaz Ahmed Muhammad Aslam Malik and Asghar Ali Ansari languish in jail for their roles in the Faisalabad power-loom workers strike of 2010, while women in Larkana went after officials at the Benazir Income Support Program for their condescension and corruption. None of these people venture into Rashid’s book. This is why the book is suffocating, why Pakistan seems in a hopeless situation. Rashid seems to have lost his faith in the capacity of the Pakistani people to effect change through their struggles.

What is most distressing about this loss of faith is Rashid’s eagerness to see the Pakistani military use armed force against the ‘terrorists’ within Pakistan. In 2009, through Operation Rah-e Rast, the Pakistani military entered the Swat Valley to ‘flush out’ what is routinely called the ‘Pakistani Taliban’. Rashid has a chapter on this operation, which he calls “a sliver of hope.” This is despite the fact that the military operation displaced some 1.5 million Swat residents in “the worst internal displacement in the country’s history.” Some eggs have to be broken.

But this internal displacement is not the only problem. Once the military took over Swat, a “culture of revenge” set in (this phrase is from a secret cable by US Ambassador Anne Patterson in September 2009). Patterson visited Mingoria, Swat in early September, just after the Pakistani military had taken hold of the area. She worried for the fate of the five thousand detainees held by the military. “A growing body of evidence is lending credence to allegations of human rights abuses by Pakistan security forces,” she wrote. Professor Sultan-e-Rome, who teaches at Government College in Saidu Sharif (Swat), says that the people did not support the Taliban without cause. In an essay in Dispatches from Pakistan, an upcoming edited volume from LeftWord Books, he writes:

People are upset about the manner in which the security forces interact with the masses, with the hurdles they create for the common people in everyday life, with the rudeness of [military] personnel (who often disregard chadar and chardiwari – sanctity of veil and privacy of houses – especially during search operations), disregard for local values and traditions, occupation of private residences and other buildings that compels the owners to reside elsewhere in rented houses…the refusal to record all losses and damage from armed action, and [the denial of] full compensation for all the damages incurred by civilians… These grievances fester.

None of this is in Rashid’s book, which is why he can see the Swat campaign as modular.

The people of Pakistan need to be saved, Rashid suggests; they cannot save themselves. And if they do assert themselves, it would favour the Islamists. Rashid maintains that “any kind of mass movement that arose in Pakistan would immediately be taken over by the extremists, their madrassa cohorts, and well-armed and well-funded militiamen.” Rashid’s pessimism about the capacity of popular action allows him to neglect the people. With a weak civil society and a dangerous population, it is to the military that Rashid turns. The military has to properly subordinate itself to US objectives. It is not that Pakistan is too dependent an ally of the US, but that it is insufficiently subordinate. Rashid has no time for the argument that it is precisely the US presence in the region that has inflamed a population who have been deprived of the social wealth they have produced. Such formulations from his Marxist past irritate him now.

Absent faith in the people, and unwilling to see the political need for a rapprochement between all parties, including the Islamists, Rashid sees war as the answer. The Taliban must only be negotiated with through the barrel of a tank gun. This is the reason why Rashid sets aside his pen and takes up the war planner’s cudgel: “I proposed an alternative military strategy,” he tells us at one point. This is what remains of the expansive social vision that asked us in 1994 to take seriously the complex lives of Central Asia. “Wohi gosha-e-qafas hai, wohi fasl-e-gul ka maatam,” poet Faiz Ahmed Faiz wrote. “Once more inside the cage, once more bemoan the Spring.”

~ Vijay Prashad’s latest book is Arab Spring, Libyan Winter (LeftWord, 2012). Dispatches from Pakistan, which Prashad co-edited with Qalandar Bux Memon and Madiha Tahir, will be released by LeftWord in the coming months.