Pick your favourite heritage site in Pakistan, get a spade, and dig your way to big money. The law is the last thing that will come in your way. 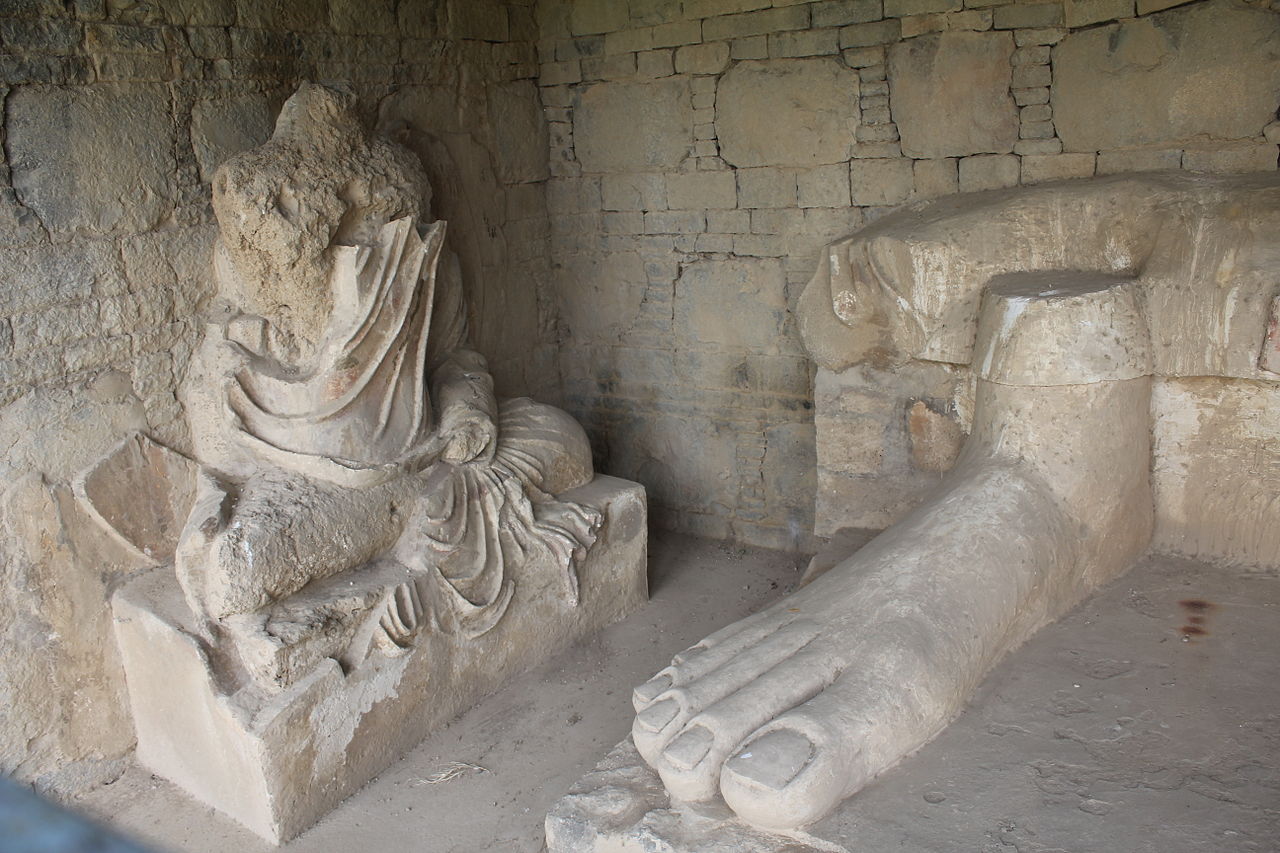 Every second month or so, Azra flies to Karachi from New York. It is not love for her relatives that brings her to Pakistan; her purpose is to buy ancient Afghan jewellery and other antiques from the local markets, and sell it off in the US. She has been in this business only for the last couple of years, but has already amassed a fortune.

Azra is only one among the many buyers of Afghan antiques available in Pakistani markets. Sold at throwaway prices, these articles fetch a handsome sum abroad. Afghan refugees who brought these artefacts into Pakistan dispose them off without realising either their historical value or material worth. Pakistani markets, especially at Karachi and Islamabad, are brimming with such ‘merchandise’. Says Shahid, a shop owner at Zainab Market, one of Karachi’s main business centres, “I don’t know what is legal or illegal. The Afghan refugees come to our shops, sell us their belongings, whatever they could carry with them during the war, and later on we sell these articles to our customers.” Most of his customers are either foreigners or people from uptown areas. “They take lot of interest in this jewellery and offer us very good prices.”

Another shop owner in Zainab Market says he has stopped selling Afghan silver jewellery. Instead he collects it for a lady who comes nearly every three months, after confirming over phone about the availability. The shopkeeper says the lady pays him a “very good price” and sometimes extra as a goodwill gesture

Pakistan itself has a cultural and archaeological heritage dating back many millennia. These include the Indus Valley Civilisation sites of Mohenjodaro and Harappa, but it is the hub of the Gandhara civilisation, Taxila, with its Buddhist stupas, monasteries and temples, art, architecture and sculpture, that the country is most famous for. Gandhara is the ancient name for Kandahar, the tract of land on the west bank of the Indus river comprising Peshawar Valley and the modern Swat, Buner and Bajuar. It was one of the 22 provinces of the Persian empire in the 6th century BC. Buddhism came to the area around the 3rd century BC, and the religious art that took root and developed in this region came to be known as Gandhara, representing the life story of Buddha, and illustrating Buddhist traditions. Taxila, as the centre for Gandhara, has bequeathed a wealth of ancient artefacts.

But ever since Pakistan came into existence in 1947, the state has neglected its cultural heritage. As a result, most of the country’s cultural monuments are heading towards destruction, even as many a treasure remains undug. The few departments set up to preserve historical and culturally valuable items are passive. Almost no real preservation work has taken place, and unexcavated sites are left unguarded. Lack of funds is the official explanation for what is literally a case of monumental neglect.

The field is thus wide open to the wheelers and dealers in heritage, who dig into these items to make a killing in the international market. A local at one of these sites had this to say, “So for I have collected more than 300 ancient coins of copper during my frequent visits to Jukkar jo Daro near Mohenjodaro.”

More revealing is the story of the Karachi resident who hit upon a lot of ancient Gandhara relics, including two large Buddha statues, on her land in Taxila bought two decades ago. After keeping these in her drawing room for some time, she says she then took some of them to Canada and sold them for “very good prices”, while the rest remain in her drawing room like so many pieces of Gandhara art in so many rich Pakistani households.

The plunder is so blatant that a visitor to a place like the Harappa ruins, some 100 kilometres southwest of Lahore, will have any number of locals scurrying to sell statues freshly unearthed from the ruins, saying: “Sahib murti chahiya” (Sir, you need stat ues?), with no fear of any authority pulling them up. Many of these items being sold will just be clever replicas.

The Antiquities Act of 1975 punishes smuggling in antiques by five to 20 years imprisonment. Not a single person till date has been prosecuted under the Act, even as heritage items are being sneaked out of the country.

An official at Pakistan’s Department of Archaeology says it is the duty of the Pakistani customs to control the smuggling, not theirs. In normal circumstances, the customs is expected to inform the Archaeology department about impounded artefacts. But a look at the Karachi customs warehouse makes it clear that someone has not been doing his job. At this warehouse, many articles of antique value have been lying dumped for years, well on their way to ruin. Either the customs officials have not informed the Archaeology Department, or the Department has not found it necessary to come forward and identify these items.

Around the world today, archaeologists and others are involved in claiming back icons to their original sites (remember the uproar last year in India during Queen Elizabeth’s visit over getting back the Kohinoor), but Pakistan’s conservation officials have not even begun a token campaign to get back the stolen art of Pakistan. Says archaeologist Manzoor Baloch, “The original statues of the King Priest of Mohenjodaro and that of the Dancing Girl are lying in museums outside the country, and no effort has yet been made to get them back.”

If the present rate of smuggling continues, they fear that Pakistan’s children will have to go overseas to take in their country’s historical and cultural wealth. And that is very likely to happen given the official apathy towards antiques, as summed up by this sneering comment from an archaeologist: “When we cannot trace our children who are kidnapped and sold to other countries for the rich men’s pleasure there, what are we to do with tracing useless articles made of clay and copper?”