Skip to content
Excerpt > An education in the male species

An education in the male species

Scenes from the chronicles of midlife romance. 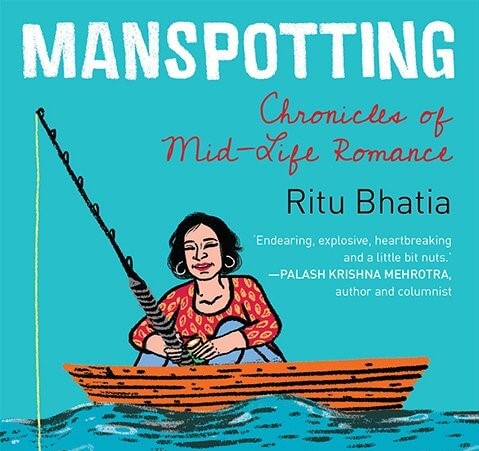 Ritu Bhatia set out to find one suitable man and ended up finding many unsuitable ones. Along the way she did find something far more valuable, a sense of her own self. In the following excerpt from her book Manspotting, the cafés of Delhi provide the stage for the auditions for midlife romance.

The Barista experience was far more energizing: the cafes were modern and aromatic from the fresh coffee that hissed out of coffee machines. Sipping a cappuccino or latte between buttery bites of a croissant was a divine experience, which I couldn’t get enough of.

“Let’s have coffee,” I’d say, to some of the more interesting men I encountered at workplaces, friends’ houses, book launches, art exhibitions and parties. They varied in appearance, ages and professions. Some had no hair, and others had too much. There were bachelors, divorcees and even a few widowers. We split the bill, except in one instance when the chap sat back and let me pay, claiming to be a feminist.

I tried to stick to one cup of coffee per meeting (since more than this made me jumpy) and had to curb my instinct to ask probing, interview-style questions: which school did you go to? What does your mother/father/brother do? What’s your worst fear? I was careful to avoid bringing up religion, politics and personal philosophy too.

But I did observe the men closely, in an effort to spot characteristics that offered me clues to their personalities. Coffee served as a lens through which I observed them. Google was useful too. Although I had no clearcut relationship agenda, sifting those with romantic potential from the chaff seemed pertinent. Surely our dreams had to match?

All the guys talked about themselves at length, but weren’t very interested in hearing what I had to say.

I had cappuccino with a 38-year-old newly divorced guy who spent twenty minutes justifying his decision to surrender custody of his five-year-old daughter to his ex-wife.

“It’s all about kismet and karma,” he said, taking a deep breath and looking me straight in the eye, daring me to challenge him. “My little girl and I will be together in our next life.”

The moment he heard about my interest in health, he told me that he was experimenting with alternative therapies such as Reiki and Ayurvedic shirodhara treatment for his depression. Spiritual pilgrimages were next on the agenda. “I’m going to Vaishno Devi next week,” he said. I wished him all the best.

I met a man who made a living out of selling toothpaste, and packed as many personal details about himself as humanly possible in our 45-minute meeting: his sleep and meal timings, his favourite cologne, how many times he had travelled to Europe, and the amount of money he had lent—and lost—to cousins and uncles. “You know I never expected it back,” he said earnestly, leaning towards me. I nearly started clapping.

Then there was a tough, good-looking bodybuilder clad in a muscle-hugging black T-shirt. We had a Rambo-style interaction that involved silences, slurps and a nearly monosyllabic conversation.

I thought about all the discussions I’d had with friends about how sexiness could make up for lack of intellectual compatibility. “Everyone out there is having sex these days,” said a colleague, quoting the 2005 India Today sex survey, which said that urban young singletons “are shaking off years of conservatism and asserting their sexuality with growing confidence.”

The media was flush with reports about the escalating sales of the morning-after pill, or I-pill, which had apparently become the favoured method of contraception for the urban “independent” woman. This shocked me. Why would a progressive generation need to maintain the illusion that sex was incidental and accidental? Why weren’t women using the daily birth control pill? What about male responsibility, and condoms?

Meeting Mr Muscle confirmed my opinion that sexiness had more to do with the brain, than the body. The few sentences he uttered revolved around his high-protein diet and muscle-building routine. “You should try it too, Ritu,” he said enthusiastically, reaching out and pinching my arm.

“Too much body fat,” he said dismissively. “Come to the gym and I’ll show you how to get rid of it.”

This casual remark of his triggered a short-lived anxiety attack: was I crazy to be putting myself through this man-meeting exercise? Mid-life was a shocker anyway. Every morning, I woke with new aches and pains, and other random signs of the downward spiral of my body. Lumps of flesh had gathered around my middle. A routine medical checkup revealed high cholesterol and an escalating blood sugar level.

Clearly, my chances of finding romance were doomed unless I cleaned up my act, cut back on the bread and beer, hired a trainer and got a new attitude.

“Jaldi karo, hurry up and find someone…before ultrasounds and X-rays become a regular feature of your life,” jested a brother-in-law, over a dinner of butter chicken and butter naan, accompanied by chilled beer. I took a big swig of my beer in response.

Many of the guys I had coffee with were seriously attached to their phones, and couldn’t stop fiddling with them. They scrolled, pushed tabs and sneaked peeks constantly. One got into a loud, ten-minute conversation in Punjabi about a new movie.

“Sorry, overseas call,” he said by way of explanation. A minute later, he picked up my phone and began playing with it. I snatched it back. “Hey, chill, yaar,” he said, looking put out, as though it was I who had transgressed and not him.

An advertising executive fidgeted with everything he could lay his hands on. He kept moving his cup and saucer around, and rearranging the napkins and spoons on the table. My nerves were fraught by the time he began scratching his head and tapping his foot. My father would probably have asked him why he was so restless and whether he needed to use the toilet.

My coffee dates were an education in the male species, if nothing else!

Ritu Bhatia is a Delhi-based writer and journalist. This is an excerpt from her latest book Manspotting: Chronicles of Mid-Life Romance, Speaking Tiger Books, 2018, 224 pp, INR 270.