A story of unrequited loves. 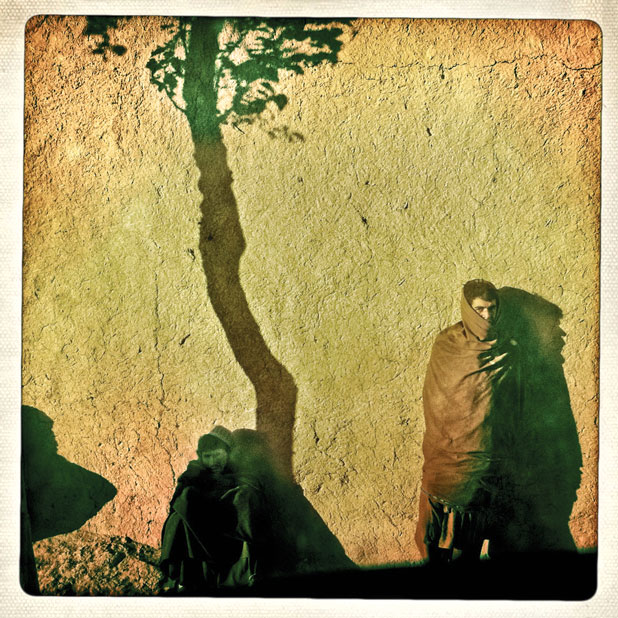 I was so excited to meet new people, especially girls. Westminster College ranked the best in Islamabad. I had graduated from school in Kabul with very good grades and convinced my father to let me go to a coeducational institution now that we were situated in Pakistan, having escaped the Taliban. When my father was discussing the college with the mullah of our town, I worried that he might not let me study with girls, but to my great luck, he told my father that it was an accomplishment to be selected to go there.

My cousin, Sherzoi, had once fallen in love with a girl who died fleeing Afghanistan on foot. Now Sherzoi is mentally ill. Though I pitied him, I also strangely admired him. I had read the love stories of Layla and Majnun, Shirin and Farhad, and Heer and Ranjha. I also wanted to love someone, to feel the power of love, to experience the feelings of the heart: that energy and that passion. Perhaps even despair.

The first day of college, I was thinking about the many girls who would be in my class. I had overestimated the number in my head; there were only three in a class of forty students. But still I was not worried, because I had a strong belief that at least one of them would fall in love with me. I knew I was capable of being honest, to myself and to her, and this seemed essential to any real relationship.

At break time, I met the daughter of one of my father’s business friends. We had once visited them in Mazar-e-Sharif, and I was very happy to discover that she was in my class, though I had not recognised her as the young girl I had once met. I asked where she was from, and we both pieced our pasts together, recalling the tall trees we hid behind while our fathers talked business. I asked her to move her seat beside mine so we could continue talking.

My cousin, Sherzoi, had once fallen in love with a girl who died fleeing Afghanistan on foot. Now Sherzoi is mentally ill. Though I pitied him, I also strangely admired him.

After a week, having allowed her to establish the rules of our friendship, she felt comfortable enough to tell me about you. She told me that you loved her very much from the time her family had moved to Islamabad, and that you had joined this college because of her. It made me happy to know that she never had any feelings for you; according to her it was useless to be with a Pakistani when her parents intended to return to Afghanistan. Not only that, she claimed she had no romantic feelings for you.

Whenever I would see you, I felt like you were only a shell of a person. You seemed like you had devoted your whole life to search for something that would complete you, bring meaning to your life, blow soul into you. You needed something that could lift you the way a strong wind carries leaves into the air. Despite my fear that you might take her away from me, I still started talking to you and we soon became such close friends that you started telling me about your love for Bilquies.

I felt that to take Bilquies away from you would be the greatest injustice anyone could ever commit. I stopped thinking about her, abandoning all those potential feelings of love that I so desperately wanted to feel. I remained friends with her, and indeed a very close friend, but because I wanted to let her know how much you loved her and that she should feel very lucky to have such a devoted person in her life.

After a long struggle, Bilquies agreed to at least start talking to you. Soon, the three of us went for lunch and hung out together at break time. She repeatedly told me she had no feelings for you, even after I had let you drive her in my car to see the city from Daman-e-Koh, the hill station on the outskirts of the city. But I saw that she was unguarded around you; she laughed more with you than she did me. I couldn’t bear to see you rejected by her. I couldn’t see you unhappy, even for a moment. I hadn’t realised until then that somewhere deep down I had developed a love for you.

After a few weeks of our hanging out, Bilquies confided in me during class, “This boy loves me so much. In a way, I have started developing feelings for him, too.” You were sick that day and hadn’t come to college. I felt completely empty listening to her words. I felt angry with her; she had been too careful and taken too long to see your qualities and now she wanted to claim you.

Immediately after class, I went to visit you. I brought you apples and mangoes, those fruits that you liked the most. I was sitting on your bed, the words of Bilquies stuck in my head. You were lying down, an arm thrown over your forehead and your legs crossed under the sheet. I moved closer to you and grabbed your hand. You were sick and I wanted to comfort you, but that was a pretense. I feared you being taken away from me and wanted to show you how much I loved you. When you saw me blush, you understood. You let me kiss you on your cheeks without stopping me but also without any reaction.

When Bilquies didn’t have any feelings for you, I had this hope that one day you would understand that she would never be yours, and you might forget her. The only one left in your life would be me. But now, things were unsure. I tried to kiss you passionately, to lift you toward me, fearing that you and she would become exclusive, and a world of secrets would screen me out. It was likely that you would completely forget me. I suppose I had become a shell of a person, too.

You had dragged yourself out of that period of pain, and I was the only one left to have all of your affection.

After a few meetings with Bilquies, you discovered that she was only flirting with you. She had no real love for you; she only wanted to be with you because your attention flattered her. And besides that, your face had character – an unusual handsomeness, soft-featured except for a small scar under your eye that your younger brother had inflicted when you were children playing with a rusted nail.

You slowly started moving away from her. You knew there was no future for you together.

I was happy for both of us. You had dragged yourself out of that period of pain, and I was the only one left to have all of your affection.

You had also come to treat me intimately, at times putting your arm around me, messing my hair, even changing your clothes in front of me. I began to feel shy in your presence, even as you felt more confident in mine. I knew that you must have understood the change in my feelings, but you went on as though we were still just friends. Even the word “friend” became wounding. You used it when we were alone, when we were too busy talking to be bothered to turn on the lights even when we could see the houselights come on across the street.

A new chapter of my life had started: a period in which I read all of your actions closely, imagining that every touch was meaningful. Those were some of the loveliest moments of my life, and some of the saddest. I would always look for an excuse to touch you. If you would get hurt, or if we got drunk, I would hang on you. On your birthday, as I drove you back to your house, I pulled over and stopped the car. I had almost kissed you on your lips when you pushed me away.

I said nothing, just started up the car again, and dropped you off, my vision blurry with tears.

I could see the life I had to pass: marry a girl, have kids, become old and die. No deviations from it. Or I could live in a world of guesswork, where other men might be friendly, but find me abnormal if I let myself feel too much for them.

A vast hesitation had grown between us, or had just grown in me. We would meet each other but only around other people. It was the last days of our college. We never talked about going to the same university, what our plans were. Then the Taliban were ousted. My father told me we were returning to Afghanistan. At my university in Kabul, people frequently talk about Pakistan and how your country was behind the destruction of my own. I am not interested in whom they blame or how they look at things. I am still unsure if it was your cowardice or mine, but I know that love takes courage.

You will never be an enemy. In fact, I sometimes feel more Pakistani than Afghan. I know, too, that I will probably never see you again, and that there would be nothing to say if I did. We might have wives and children, then, proof that we’d both settled, that it had only been an aberration, a brief moment when I was not thinking. That was before I learned what it meant to be practical, to love narrowly, like a stream that separates properties, countries. You can cross it with a walking stick, and cross back easily when you must.

Mohammad was a participant in a creative writing workshop run by Adam Klein in Kabul.