In Assam, the control of public discourse has become a powerful political technology. 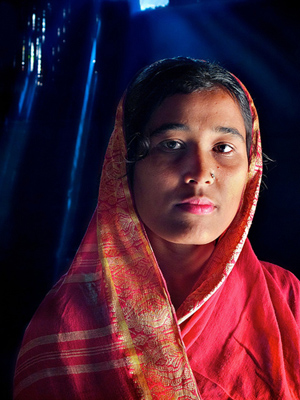 A major shift in the political landscape of Assam is occurring. While recent election results reflect the gradual rise of the Bharatiya Janata Party (BJP) in the region, the electoral routing of the twice-incumbent Congress, traditionally known to be more sympathetic to minority issues, marks a significant setback for the party in a state that has long witnessed tensions concerning citizenship and identity. Interestingly, the All India United Democratic Front (AIUDF) – a minority party led by Badruddin Ajmal – appears to have regained its earlier sheen, making deeper fissures in the state’s polarised political landscape.

Responsible for much of this polarisation are issues of citizenship and belonging for the state’s Bengali-speaking Muslims. The immense sensitivity of these concerns can be gauged by the fact that while the electoral process occurred, so too did the gruesome killing of innocent Bengali-speaking Muslims in Bodoland Territorial Council (BTC) areas. The genesis of these killings can be found in the political momentum the citizenship issue has gathered.

Noteworthy in this year’s long election campaigns is the way that different labels have gained currency to represent Bengali-speaking Muslims in public and official discourse, the latest being ‘D-voters’. ‘D-voters’ (the ‘D’ stands for ‘doubtful’) are a category of voters in Assam who are disenfranchised by the government on account of their alleged lack of proper citizenship credentials. During the recent campaign, and within the state’s highly charged political atmosphere, the discourse has, at times, become deeply problematic. ‘Bangladeshis Go Back!’ – the popular slogan of the Assam Movement throughout the 1980s – is yet to lose its relevance for many, only now it reverberates in Assam’s political canvas under new guises.

Efforts have been made to include some D-voters. At an election rally in Silchar, the then-BJP prime ministerial candidate (and now Prime Minister) Narendra Modi urged the Election Commission to remove the ‘D’ tag from the electoral rolls. He reminded the crowd of the Indian states’ moral obligation to take back Bengali Hindus who came to Assam in the aftermath of religious persecution in erstwhile East Pakistan. Assam’s outgoing Chief Minister Tarun Gogoi meanwhile advocated the Centre grant “special refugee status” to Hindu Bengalis on humanitarian grounds. Likewise, a verdict handed down by the Guwahati High Court maintained that Assam’s Nepali-speaking citizens cannot be termed foreigners, stipulating that the label ‘D’ be deleted from their names on the voters’ roll.

In the wake of these changes, the pejorative prefix ‘D’ is currently owned only by Assam’s Bengali-speaking Muslims. The community now evokes the image immortalised in Manto’s Dog of Tithwal, in which a hapless canine is labeled as belonging to the enemy by army officials stationed on both the Indian and Pakistani sides of ‘no man’s land’. From ‘outsiders’ to ‘foreigners’ and now ‘D-voters’, the identity ascribed to Assam’s Bengali-speaking Muslims is similarly arbitrary. On the surface, the ripples created by the issue of ‘D-voters’ in the state’s public discourse may appear a routine discussion of citizenship and national integrity. Such a view, however, misses the larger question as to how the contemporary state attempts to ‘re-regulate’ marginalised societies. Indeed, has it been radically different from colonial practices?

The counting fever
The urgency with which Bengali-speaking Muslims have come under official scrutiny has no parallel in the history of Assam. Everyone in Assam seems to be counting the ‘Bangladeshis’ – the census, special tribunals, the local intelligentsia and, of course, the media. In recent times there has been an avalanche of numbers concerning the proportion of Bangladeshis in Assam. Indeed, various figures of unaccounted Bangladeshis have been put forward, both from official and non-official sources. These figures are like India’s Sensex – they keep on changing with the demand of the investors.

Political leaders, bureaucrats, public intellectuals and media personalities pay routine homage to these figures, quoting them according to their arguments, and making them a permanent feature in Assam’s political discourse. So unbridled was the euphoria of counting Bangladeshis that even the supposedly neutral office of the governor was implicated. The former governor Lt Gen (retired) S K Sinha became popular for the ‘new’ count of ‘Bangladeshis’, which he stated in a report addressed to the President of India. The report came to be widely cited, even by academics.

The recent urge to attain ‘precision’ in counting ‘Bangladeshis’ would, no doubt, put the 19th century British government in Assam to shame. Somewhat ironically, the 1931 colonial Census Commissioner of Assam, C S Mullan, has achieved something of a cult status. Mullan, known for his scathing racial remarks, termed the Bengali-speaking Muslims from Mymensingh “vultures” and “invaders” eating out the scarce arable lands of Assam. Mullan’s ghost looms large over the Assamese intelligentsia. Indeed, one seldom finds academic writings on the current political turmoil that fail to mention his forewarnings.

As a ‘population’, Bengali-speaking Muslims exist as an objectified census figure devoid of embodied and emplaced roots in Assam. More than this, the salience of numbers in Assam’s public discourse indicates that the colonial importance of tallying and classifying has not lost its centrality in managing marginalised populations.

Inventing ‘doubt’
Doubt has become a permanent feature of Assam’s public discourse. Everything about Bengali-speaking Muslims has become a source of doubt – their mobility, land use, attire and, of course, their beards. Public discourse in Assam has produced them as a bearded, lungi-clad, parasitic stranger. Apart from demographic changes, they are frequently held responsible for creating pressure on the fertile lands of Assam by their supposedly itinerant lifestyle and insatiable hunger for land.

The majority of Bengali-speaking Muslims in the region live in Char areas (the riverine islands formed by the Brahmaputra and its myriad tributaries), outside the purview of the state’s towns. The chars form the mobile ecologies of the Brahmaputra; they appear and disappear with the rhythm of the seasons. This rhythm is instrumental in shaping the mobile lifestyle of the char dwellers. It has made a permanent imprint on the economic, social and cultural practices of the Bengali-speaking Muslims.

Historian James C Scott argues that mobile communities in Southasia are historically treated as the enemy of the state. Their economic practices, societal values and political institutions were always viewed with suspicion. Just a century before, the ‘power to doubt’ was expressed by colonial masters in the country’s Northeast. Their roving eyes scanned the tribal areas, observing economic practices, customs and traditions in order to make a distinction between ‘eligible subjects’ fit to be governed, and those they would brand ‘marauding tribes’. With reference to contemporary Assam, the disciplinary power of the coloniser to ‘doubt’ remains firmly entrenched. This ‘doubt’ produces a social quarantine hostile to Bengali-speaking Muslims.

Perhaps no other label than ‘illegal’ adequately defines the social position of Bengali-speaking Muslims in Assam’s public discourse. The term is used not only by common people in day-to-day life, but also frequently by government and the media. In fact, a web search of Assamese dailies produces mind-boggling data on how much the word has appeared in daily news coverage. More importantly, tribunals, fast-track courts and detention camps frequently use the term. Yasmin Saikia, a prominent Assamese expert on Southasian history, holds that even the British fell short of applying the term ‘illegal’ to those outside the purview of their rule. They might have used badmash or thug, but not ‘illegal’. Indeed, the very term ‘illegal’ denies the essence of being a human.

~ Rafiul Ahmed is an Assistant Professor at the Department of Geography, Sikkim University.