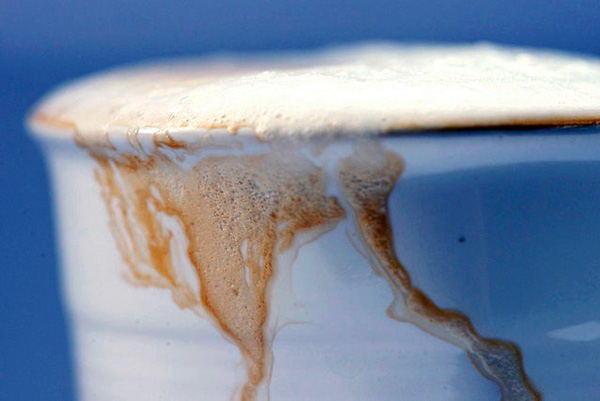 “The era of intellectual decisions is gone,” she says, the maker of the coffee, “we cannot afford it anymore.”

It is wartime, it seems.

She lives amid surplus – in her house, food is wasted every day, while two of her children eat burgers with friends, even as the third, her first born, lives on a strict diet that is slowly turning her invisible. The cook is regardless scolded every other day for turning up late to work yet again – she believes that we live in dangerous times. “One mistake and you’re on the backfoot. Give them an inch, they’ll take over your country,” she says, affirming that the mood of the nation is finally moving in the right direction – towards one singular goal. “We have felt so insecure for so long. But not anymore. The people have spoken, they want absolute certainty. As do I.”

“See, we have to think practically now. Look at where all this accommodating-type behaviour has got us. We are in the majority in this country and yet we are afraid. Can anyone speak ill of their god? Their prophet? Their customs? Their practices? Their festivals? But they can say anything they like to us. How is that fair? It is better to feel secure in our skins, knowing who we are.”

Finally knowing who she is at 50-something, having seen too much of this “anything goes” policy for years, she felt the thrill of certainty as she pushed the definitive button on the ballot machine a few weeks ago – her choice corroborated by almost an entire nation, in its cities and towns and villages, everywhere.

“How’s the coffee?” she asks and goes onto narrate a horrific road accident to me in her next breath, even as I give her as the thumbs-up approval. The coffee really is delicious – she spent a good ten minutes beating it desi style, the right proportion of coffee powder, grains of sugar, and milk.

The accident involved barely 20-something students, blinding truck lights, unmanned expressways at godforsaken hours, and of course, alcohol. “The parents didn’t even know these kids were off on some holiday with their boyfriends and girlfriends. This is a real problem these days.” I try and imagine a sliver of that tragedy from the parents’ point of view – it is the bane of being a parent that you can no longer see very serious things from the child’s perspective, which in this case would be a perspective that has ceased to be, of course. Does grief numb the betrayal, I wonder?

After about four-and-a-half seconds, I give up imagining because she is speaking again. She is telling me about her first-born who came into the world at the end of a scarring Caesarean operation, which had been slightly botched by the doctor who left a piece of thread in her sutures that led to an infection and their premature opening. She was back at the hospital after finding herself in a pool of blood one morning, her one-month-old sleeping soundly. The sutures were infected, there were complications. She was in pain again for months. This child is now dieting herself to another kind of certainty, it would appear oblivion. She is not into politics, she informs me herself, as she rattles through her routine, “a combo of gym, only egg whites, no carbs, and plenty of hydration”. Her mother, the bigot, scoffs, “She’s not into anything.”

The grand matriarch sits on the couch next to me, whom I am visiting in the first place, to weave my own certainties around mortality and who we can let go of – or what. She’d been in the hospital, we’d had a scare, I’d been travelling. So I went to see her the first chance I got. It happened to be the day after the election results, it happened to be that perfect hour of a post-dinner coffee – I love them, they are such a weakness.

She voted, too. Surgery day coincided with the elections, so she trekked halfway across the city to cast her ballot and then headed to the hospital where she was admitted. Almost 83 years old, she does not falter as she informs me that she has finally witnessed affirmation. “Nehru ke baad abhi dekha hai, I’m seeing this only after Nehru. This kind of strength in a leader, and this unquestionable patriotic fervour for our nation.”

Her daughter-in-law, the mother of three, the bigot, does not bat an eyelid when she affirms, as she continues, “In any case, it’s not like we can change certain things, right? They have at least three to four children. At least. And look at us. Look at you,” she points a finger at me, “We only have one. There is no way we can compete if it boils down to that.”

That being the imminent war, I ascertain.

As she speaks, I retreat to a fantasy: her son, who was conceived after two daughters and a yagna at the ghats of Pushkar and is everyone’s precious in the family, bringing home a Muslim girl someday.

Is this predictable fantasy the curse of the intellectual, I ask myself immediately, the one we can’t afford anymore, you know? Just then it dawns on me: this coffee reminds me of the ‘expresso’ you consume by the gallons at those gorgeous Dilli-in- December weddings.

It really is delicious.