Faiz's progressive writings have great relevance in Nepal today, when a new constitution is being drafted amidst a troubled peace process. 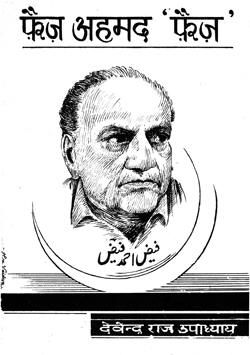 I first came across Faiz in the lanes of Lahore’s Anarkali Bazar in the late 1970s. I was in search of a souvenir, a memento of my visit to the Lahore Engineering University. The owner of the record shop I entered recommended ‘Nayyara Sings Faiz’, for which the music had been composed by Arshad Mahamud. The lilting music and the nazms moved me immensely. To this day, Nayyara Noor’s rendition of ‘Intesaab: zard patton ka ban jo mera des hai’, dedicated to his homeland, which he describes as ‘this wilderness of yellowing leaves’, remains one of my favourite songs. As all of his poems are masterpieces in their own way, one has to listen to them selectively as per one’s mood at the time. I frequently hum lines I remember from Nayyara Noor’s rendition of ‘Return from Dhaka’:

Till that chance encounter in Lahore three decades ago, I knew little about Faiz except a vague recollection of the Progressive Writers Movement of undivided India that had lingered from my student days. I joined Tri Chandra College, located just down the street from the then royal palace in Kathmandu, in 1951. It was a pivotal year for the country: over a century of Rana rule had just ended, long-exiled leaders who had taken part in the Independence struggle in un-divided India had returned, and talk of a constitution and democracy pervaded the city. Naturally, my friends and I were energised by the new atmosphere in the country, as were our elders. Drawing inspiration from the changes taking place south of the border, and what little we knew of movements such as that of the PWA, we constituted a Progressive Study Circle in Putali Sadak. We read a great deal at that time through informal gathering of friends, where socialism was in particular a favoured topic of discussion. In Durbar High School, a group of peers had already developed a fascination towards the Fabian society, in particular George Bernard Shaw. Later during my sojourn at the Bengal Engineering College, Sibpur, Calcutta (Kolkata), free-thinking became a favoured theme.

Though my introduction to leftist thought began in college, my ongoing study of Faiz began only after I returned from Lahore in 1976. From then on, I began to access his Urdu poems in Roman and Devnagari, and started collecting audio cassettes and books on Faiz in English and Hindi. It was then, and is still, difficult for a Nepali to access Faiz. The poet came alive in Nepali only in 1986, when the learned bureaucrat Devendra Raj Upadhyay presented me his newly published Nepali translation of the Urdu verses, entitled simply Faiz Ahmed Faiz. That collection remains today the only one of Faiz’s poetry in Nepali. Sadly, it did not have a significant impact in introducing Faiz to the public figures or literary stalwarts in Kathmandu.

Throughout the modern era, Nepali society has had great need for the inspiring ideas of liberty and social justice, the two themes that Faiz made his own. And yet, we were blocked from appreciating Faiz because Urdu has not made inroads into the cultural circles. The few members of the Kathmandu gentry who have appreciated Faiz are those who were educated and socialised in the India of the mid-20th century. A few enthusiasts may have emerged thereafter from the many that went to study in India in the decades following.

Toppling the crown
Faiz in Arabic means bounty, liberality, fame or service of fellow man. The poet hailing from Punjab was humanist, visionary poet, world citizen, thinker, revolutionary journalist, teacher and filmmaker. He enriched literature to Nepal’s west, as did Rabindranath Tagore and Nuzrul Islam to Nepal’s east. His egalitarian, futuristic work was inspired by Iqbal and Ghalib, and his work brings to mind the writings of his contemporary and friend, the revolutionary Chilean poet Pablo Neruda. Through an appreciation of Faiz, Nepal’s literati would also have got a chance to be introduced to other greats of the Subcontinent and beyond. But we did not even get to Faiz. The critic and editor Farida M Said writes, ‘Faiz’s secret, his power to sway other poets and to delight those who are not poets, lies primarily in his control of language, his handling of which is unique.’ The intelligentsia of Kathmandu, by and large, has yet to discover this secret.

During the recent days of the autocratic monarchy in Nepal, following the coup of February 2005 till the People’s Movement of April 2006, listening to Iqbal Bano’s rendition of ‘Hum Dekhengay’ was, for me, an electrifying experience. I remember listening to the CD in my car, recalling her protest in Lahore of General Zia, and passing on the recording to my friends. I also helped some friends organise a musical protest against Gyanendra’s autocracy, delving into my collection and helping provide the context. ‘Bol’ was clearly a song which resonated with the civil society and media, for there was an effort underway to gag the press, including print and Nepal’s vibrant ‘radio revolution’.

At the event, ‘Bol’ was rendered by the singer and composer Aavas, using his gifts to produce that remarkable mix of Nepali folk and Hindustani classical which makes up the genre known as ‘Nepali adhunik’. Faiz’s challenging anthem, Hum Dekhenge, as sung by Tina Sani, was played at the event. Its relevance has become more obvious in a Nepal which was on its way to becoming a republic. ‘Jab taj uchhaley jayenge, jab takht giraye jayenge … ’ (When the crowns will be toppled, and thrones demolished…)

We in Nepal would do well to keep sight of Pakistan’s deviation from Quaid-e-Azam Jinnah’s ideal of a separate state for undivided India’s Muslims, but one which was to be a secular democratic country with equal rights for all communities residing there. That was also clearly Faiz’s ideal. The reality, and tragedy, of Pakistan today is its conversion into a theocratic state governed by military dictators and obscurantist mullahs, or with their blessings. At this juncture, we in Nepal should take a lesson from our neighbour, and be vigilant enough to get a democratic constitution, which ensures peace and prosperity. To quote the immortal poet, ‘Peace is wheat-fields, the poplar trees, the bridal veils and the laughing hands of the children. Peace is the pen of the poet and the brush of the painter.’

Even though Faiz has not gained a significant following in Nepal, I believe there is much scope for the Nepali people to connect with the poet and the goals he held for his own new-born country. In this seemingly never-ending time of political transition, Faiz would surely provide an anchor were we to know him better. It would also help strengthen Nepal’s cultural connections with the rest of Southasia, where Faiz is loved from the alleyways of Dhaka to Lucknow, Delhi to Lahore and all the way to Peshawar. His progressive writings have a great relevance in this day, when we are drafting a new constitution amidst a peace process, with an autocracy just past, an uncertain present, and a possibility of the resurgance of autocracy. There may come a time when the Nepali counterpart of Iqbal Bano will have to sing in the Tudikhel Maidan, just as Iqbal Bano did in Lahore Maidan, in support of liberty as the only value which will guarantee social justice and inclusive democracy.

–Gauri Nath Rimal is an engineer and retired civil servant living in Lalitpur.