The biopic on Shiv Sena founder Bal Thackeray is a cynical endorsement of violence. 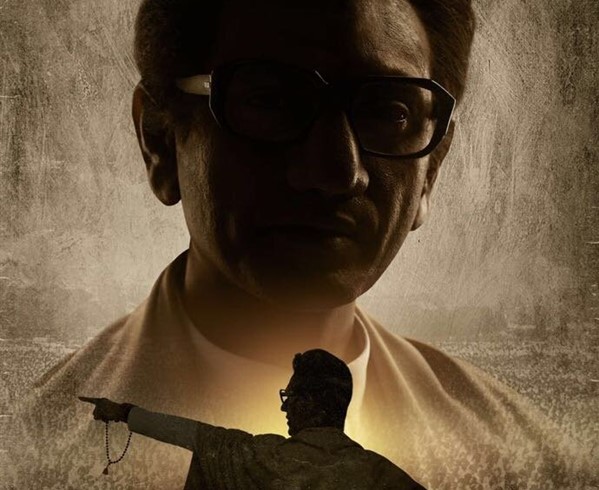 Released in January 2019, Thackeray – a biopic on Bal Keshav Thackeray, founder of the Marathi nationalist party Shiv Sena – is a celebration, rather than a critical take, of the chauvinist politics of the party and its founder. Played by Nawazuddin Siddiqui, Thackeray, emerges in the film as a heroic figure, making the film an effective propaganda that brazenly justifies the violence, hate and bigotry that his politics came to represent.

Starting in the 1950s, the erstwhile Bombay State – which included large parts of present-day Gujarat – saw a number of struggles for the creation of a state for Marathi-speaking people. Following the passage of the 1956 States Reorganisation Act, which enabled the formation of states along linguistic identities, Bombay State was divided into Gujarat and Maharashtra in 1960. In the process, Marathi-speaking areas of erstwhile Hyderabad State were joined with Maharashtra. Bombay city’s cosmopolitanism was, therefore, always built on the presence of Gujarati merchants, migrants from southern India – large sections of whom were involved in white-collar jobs – and the majority Marathi-speaking locals. Named after the 17th-century founder of the Maratha empire – its name translates to Shivaji’s Army – Shiv Sena promoted a ‘son of the soil’ Marathi nationalism since its inception in 1966, advocating for the preferential treatment of Marathi-speaking people and opposing non-Marathi speakers living in the state – first those from southern India, and in later years, those from northern India.

Beginning with a courtroom scene, where everyone from the judges to saffron-flag-bearing supporters are in complete awe of Bal Thackeray – who stands charged of inciting violence during the 1992 Bombay riots –  Thackeray transports viewers back to the Bombay of the 1960s, where a young Thackeray works as a political cartoonist. As his life unfolds, we see the film, directed by Abhijit Panse – also a leader of the Maharashtra Navnirman Sena, an offshoot of the Shiv Sena – endorse the bigotry and resentment that drove Thackeray’s politics.

It soon becomes clear, however, that even as a work of political hagiography, Panse’s film is not about faithfully charting its subject’s life, but more interested in creating a caricature. For instance, in what is shown to be a landmark point in Thackeray’s political life, after just one feud with his boss at the Free Press Journal – a man from southern India who is portrayed as a spineless and unethical professional – Thackeray suddenly quits the job, with an instantaneously produced cartoon passing for the resignation. Thackeray then strolls aimlessly on the streets of Bombay, nonchalantly entering a cinema hall. The hall shows an animation film about the ill treatment of the humble, poor Marathi man in his own land, as the audience of South Indians, Gujaratis and Parsis laughs away. Thackeray sees all this, and realising the distress of the common Marathi man, the movie tells us, a leader is born. In an attempt to create a simplistic narrative of Thackeray’s life, the movie, however, ignores details like how the real Thackeray’s resignation from the Journal was not quite impromptu. Along with a handful of other staff, he left to start a short-lived paper, before moving on to found the successful Marathi-language weekly Marmik.

The movie’s Thackeray then walks through the bustling streets of erstwhile Bombay peppered with signboards in Tamil, Malayalam and English, he accidentally bumps into a man, who proceeds to shout in Malayalam, “Endaada patti? Dikhta nahi hai?; What, dog? Can’t you see?” The movie builds a classic narrative of victimisation, where the local is humiliated by the outsider. ‘Mumbai’ belongs to Maharashtrians, Nawazuddin’s Thackeray tells us, and these saale aandu gundus – a street slang for South Indians in Bombay – are taking up ‘our’ jobs. As for the resolution to this, he concludes, “Uthao lungi, bajao pungi; lift the lungi, and fuck him” a line which the censor board ordered to be cut, but was retained by the filmmakers. From the early saga of victimhood, Thackeray then builds on the adoration of all the values that come with rightwing nationalism. This includes the murder of a member of legislative assembly (MLA), Krishna Desai from the Communist Party of India (CPI), in 1970 by the members of Shiv Sena, which the movie slyly justifies under the cover of CPI’s proximity to the Soviet Union and China.

After the Emergency, when anti-migrant politics started losing some of its sheen, Shiv Sena’s ire was directed towards the Muslims of India in general and Bombay in particular, intensifying an already visible Hindu nationalist tone of its past politics. In the film, Thackeray, addressing a large gathering in the Bombay of the early 1980s, announces, “Hum bhi Eid mein shamil honge, lekin aapko bhi Shiv Jayanti manani hogi; We will participate in Eid, but you will have to celebrate King Shivaji’s birth anniversary.” The stage for communal disruption is set and Thackeray makes clear the demarcation between ‘good’ and ‘bad’ Muslim; only the Muslim who celebrates Shiv Jayanti is a ‘good’ Muslim, who is deserving to live in India and Maharashtra.

Another significant event in the movie is the 1992 Bombay riots, after the demolition of the Babri Masjid by Hindu nationalist karsevaks (meaning ‘volunteers’) in Ayodhya. Nearly 900 lives were lost and a judicial commission headed by Justice B N Srikrishna found Thackeray complicit in organising anti-Muslim violence. Three years after the riots came another turning point of his political career: in 1995, he struck an alliance with the Bharatiya Janata Party (BJP) and put his Marathi chauvinist politics under the broader banner of the Hindu nationalist agenda.

Thackeray deals with these developments by constructing a narrative of threat to the security of India from Muslims. One scene, for instance, shows the celebration of Shivaji’s birth anniversary being disturbed by Muslims throwing footwear at the procession. As all hell breaks loose, the camera pans through the closing shops, out of which we see women in Hindu-looking attire rush out, some with toddlers in their arms. A deserted toddler cries as a Molotov cocktail rolls close to the child. In another scene, we witness an explosion, followed by a mob of men in skull caps lynching a helpless man, followed by a blazing body of a cop. After these gripping violent scenes, clearly aimed at demonising Muslims and manufacturing a particular version of the 1992 riots, a dramatic voice anticipates the arrival of a leader: “Is waqt Bombay ko ek hi aadmi shaant kar sakta hai; only one man can bring peace to Bombay now.”

Panse’s movie also provides an interesting example of how the arts as well as the artists operate in the face of populism and under the harsh logic of the market. For instance, in an interview after the release of the film, when asked if he agreed with Bal Thackeray’s politics, Nawazuddin Siddiqui replied, “An actor doesn’t have his own ideology. Whenever I play a role, I have to believe in the ideology and philosophy of the character.” Siddiqui also recently played Saadat Hasan Manto – an Urdu writer noted for his progressive beliefs and radical writing – in a biopic directed by filmmaker Nandita Das. His decision of starring in a hagiography written by a Shiv Sena parliamentarian and the editor of the party mouthpiece would very likely have disappointed those who had different expectations from the actor. In an industry obsessed with box-office success, Siddiqui’s choice is not unexplainable. As a result, even the most unimaginative populist content has to be glorified under the rubric of ‘art for art’s sake’.

Film scholar Rachel Dwyer argues that contemporary biopics in Bollywood need to be understood as the reflection of the desires and aspirations of the new middle class, met through valorising stories of upward mobility – of entrepreneurs, performers, mobsters and athletes. The proliferation of such movies in this decade – from Mary Kom and Bhaag Milkha Bhaag to Daddy – have created a cast of protagonists that are one-dimensional, monolithic heroes who single-handedly struggle to achieve success for themselves and, nearly as importantly, for the nation. These biopics also project a false sense of history, and with Thackeray, this process has peaked to the manufacturing of a collective identity based on the exclusion of minorities and a will for violence.

Meanwhile, the ground beneath our feet has already moved towards the normalisation of hate and bigotry. It is not surprising that a mainstream movie would seek to chronicle the life of a politician who rose to great power in a democracy. But the cynicism with which Thackeray disposes of democratic values are rather worrisome.

Rutuja Deshmukh is an independent journalist and features writer based out of Pune and Bhopal. She writes on cinema, gender, caste, denotified tribes, and culture at the intersection of neoliberalism. She is also a visiting faculty at FLAME University, Pune. She tweets at @rut28.