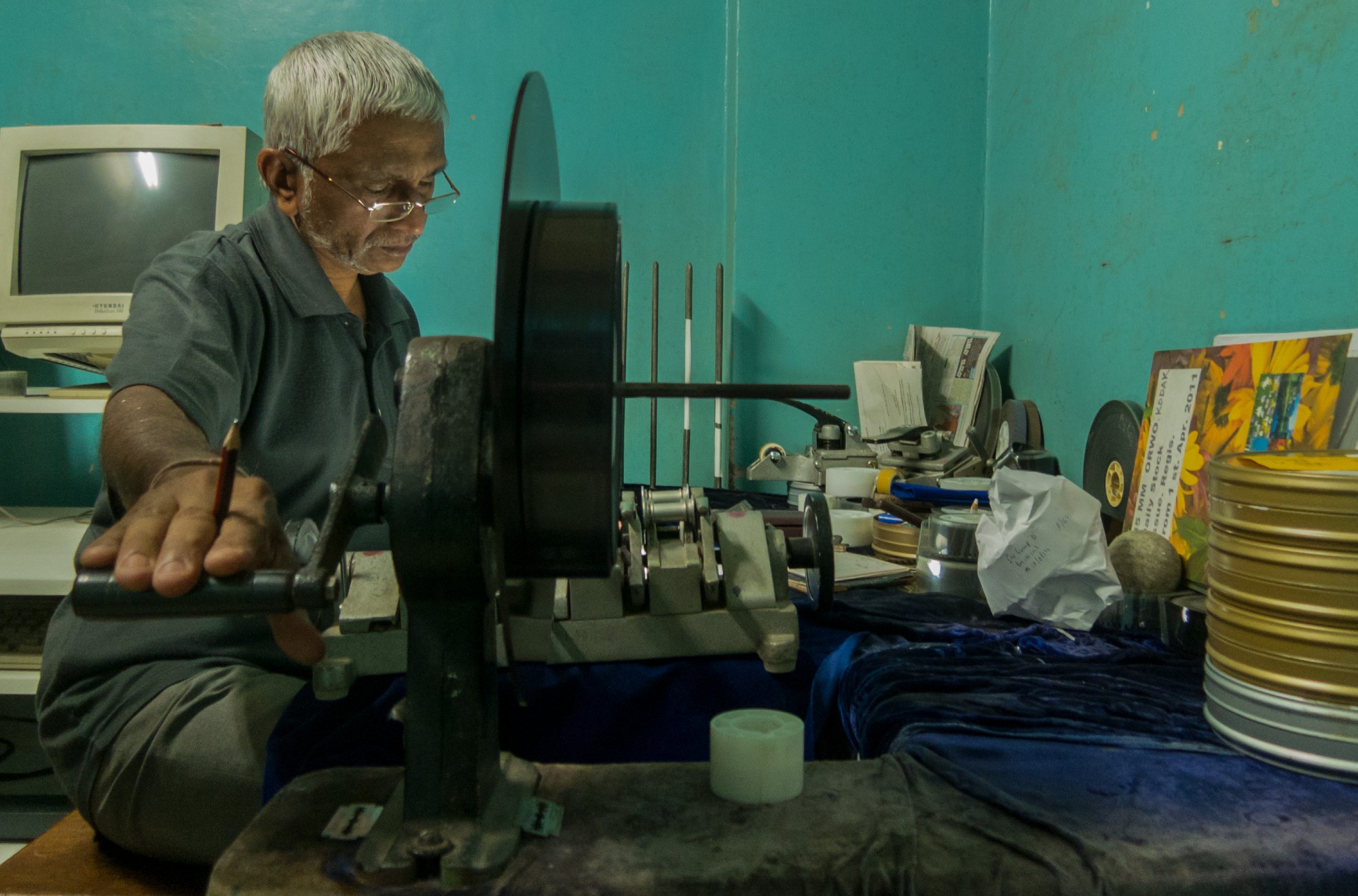 Image-making on celluloid is a dying medium, cut short by the advent of digital technology. Purists still swear by it, but almost all major companies involved in the business of image-making have moved on to digital. No one knows how long we can continue to photograph or film on celluloid. Some hope it will return, while others say that it will be phased out completely.

A whole generation of photographers started photographing on analogue cameras before being compelled to switch to digital. As the years have passed, it has become more difficult to buy celluloid film and to process it. Professionals, amateurs and hobbyists alike talk of how exciting it was to wait for a film to be ‘processed’ at a laboratory, to see it after days, making the event of viewing the final images all the more exciting. Nostalgia, however, does not necessarily translate into choosing the medium that gave us beautiful, timeless images.

The vestiges of the celluloid medium that still remain – projection systems, printers, cameras and editing machines – have become almost obsolete. Some day they will be placed in a museum or sold as scrap, and their legacy will end. Most film technicians working with celluloid at the Film and Television Institute of India (FTII) and different labs across India are now retiring, and for most of them the digital medium is a foreign concept and the process of filmmaking is only that which is created through film.

As a photographer, filmmaker and student of cinematography at FTII, this was a very personal project for me – to document surviving relics of film and the people who have worked with the medium to create a visual archive of these images. During our film school days we were in the middle of a transition from analogue to new digital technology. Being a part of the last few batches who were going to be filming on the celluloid medium, I hoped to explore the remnants of analogue filmmaking and to preserve the legacy of retiring technicians who have worked for over three decades with film.

The images above are a part of an ongoing series titled ‘Finding Film’.

Written in collaboration with Manvi Gautam, a freelance writer and research assistant at the University of Heidelberg, Germany. Based in New Delhi.

Sagar Shiriskar is a lens-based visual artist working with photography and film. More of his work can be seen on www.sagarshiriskar.com