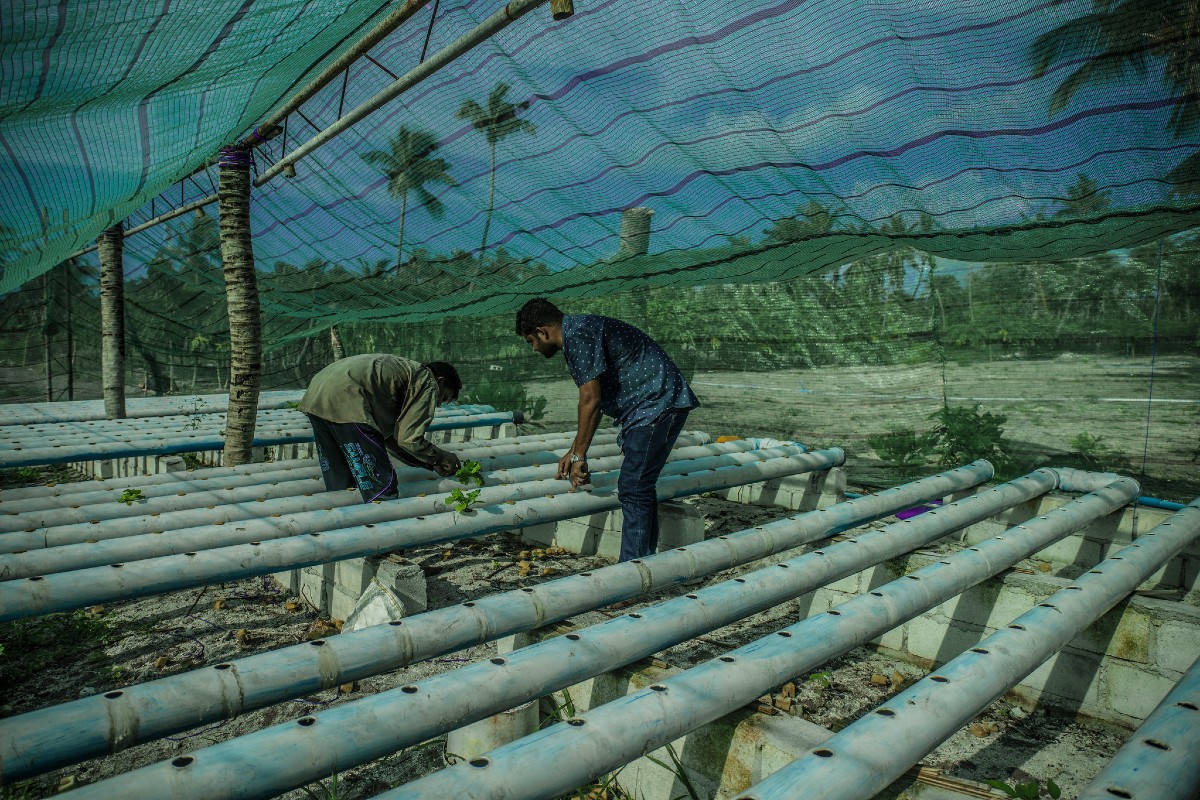 How recent reports on climate change weigh the economic versus the human cost of the ecological crisis.

Climate-change-related disasters have swept across Southasia in 2021, with forest fires and floods in the Himalaya, heavy rains followed by deadly floods in Sri Lanka, and severe cyclones in parts of India and Bangladesh. This does not include the confluence of the pandemic with extreme weather, with some recent research suggesting that poor air quality can significantly increase the risk of dying from COVID-19.

Despite its relatively low per capita carbon emissions, Southasia continues to feature prominently in various lists of countries most vulnerable to global climate crisis. As the Asian Development Bank’s 2020 report points out, “South Asia is a region… where one can clearly make a case for how countries that have contributed relatively so little to the causes driving climate change stand to lose so much from its adverse effects.”

This explainer surveys several recently published reports on climate-change-related casualties and losses in Southasia to make a region-wide assessment of the climate crisis. At the same time, it also examines how these studies, and the institutions undertaking the research, reflect differing definitions of “casualty” or “loss”. Some of the best-resourced reports on climate change prioritise not the human cost of climatological disaster, but rather the risk for potential investors interested in developing the region for profit, or the economic losses following extreme weather events. Meanwhile, other reports, particularly those that lack the same access to funding, take a different approach, partnering with local education and research hubs to illustrate climate change from the ground up. We, therefore, found that these reports could be divided into two categories: those that investigate economic risk, capital and development, and those that focus on mortality, health, labour, living conditions, migration and displacement of people.

In order to understand the data presented in each report, it is necessary to understand how each source defines climate-change-induced loss. For instance, we found that financial institutions approached climate change as an economic risk as well as opportunity; research organisations from within the region tended to write about the environment as a vital and traditional lifeline for millions of people; and policy institutions outside Southasia analysed climate change as a factor in international power configurations.

In 2018, the World Bank published its flagship report on climate change and development in Southasia. Titled ‘South Asia’s hotspots: the impact of temperature and precipitation changes on living standards’, the widely cited report illustrates how household living standards shift, not just due to extreme one-time events but in response to long-term changes in weather. Data is gathered from household surveys conducted in Afghanistan, Bangladesh, India, Nepal, Pakistan and Sri Lanka.

Other studies are more transparent in how they weigh economic versus human cost. For example, the McKinsey Institute’s report ‘Will India get too hot to work?’ examines rising “wet-bulb temperatures” in India, explaining that the human body can only withstand a certain amount of exposure to heat and humidity before death. The report worries that adults will be affected by potentially deadly spikes in heat, causing productivity to decline in the country.

This report shows how definitions of climate-change-related casualty or loss affect climate adaptation and policy. McKinsey’s report mentions how millions are projected to die from increasingly deadly heatwaves. Yet, the report closes with recommendations for how to stave off a decline in productivity in the event of such lethal heatwaves – shift working hours, establish early-warning systems and cooling shelters, and move “people and capital” away from “high-risk areas.” By the report’s conclusion, the “capital costs of up to USD 110 billion” of lethal heat are presented as the danger to address, not a death toll in the millions.

Such reports advance a view of climate change as both economic “risk” and “opportunity”. The International Finance Corporation (IFC) published its 2017 report ‘Climate investment opportunities in South Asia’ to demonstrate potential areas of “climate-resilient” investment in Bangladesh, Bhutan, India, the Maldives, Nepal and Sri Lanka. “Loss” appears 14 times while “damage” appears nine times in the report, with every instance referencing GDP, economic or utility loss. As the IFC notes, “The private sector increasingly views climate change adaptation and mitigation as a source of profit.”

Economics, risk analysis, and resource access play major roles in climate change studies from the nonprofit researchscape, small education hubs, and ‘progressive’ think tanks. These studies focus on the rising human costs of climate change, ranging from displacement to economic hardship to mortality. Accordingly, these reports offer recommendations that centre not on the economic interests of the investors but address risks to the environment and human livelihood.

The ‘HKH Call to Action to sustain mountain environments and improve livelihoods in the Hindu Kush Himalaya’ published by Springer and facilitated by the International Centre for Integrated Mountain Development (ICIMOD) covers the Hindu Kush Himalaya (HKH) region and eight countries included in it (Afghanistan, Myanmar, Pakistan, India, China, Nepal, Bhutan and Bangladesh). This report evaluates existing knowledge in these locations and fills in the gaps in global reports.

Despite its relatively low per capita carbon emissions, Southasia continues to feature prominently in various lists of countries most vulnerable to global climate crisis.

For example, the assessment emphasises that if warming is limited to 1.5°C globally, as determined by the Intergovernmental Panel on Climate Change (IPCC), the HKH region will still warm by 2°C due to its elevation. The report responds to the challenges and the heterogeneity of the HKH region by consulting with experts from each member nation to create a list of ‘urgent actions’ specific to that country.

“Loss” in this report is concerned with damage to biodiversity, land degradation, lives, livelihoods, glacier mass and traditional cultures. Here, the HKH is a “vital regional lifeline” that supports over 240 million people. Climate change is a threat to the mountain ecosystem because of how it endangers the ecological and human heterogeneity of the region.

There is also a large body of recent research on climate change, displacement and migration in Southasia, often funded by military or policy interests abroad. The Center of American Progress, a self-described ‘progressive’ organisation that aims to influence US foreign policy, published a case study in 2012, illustrating Assam as an example of how climate change may increase migration pressures related to international conflict. In this report, the central risk of climate change is “tension”, “instability”, and “conflict”, as well as the deaths and displacement of thousands of people in the region. Researchers here present their analysis of climate change as part of the larger examination of trends in migration and conflict in the region.

“Loss” appears 14 times while “damage” appears nine times in the report, with every instance referencing GDP, economic or utility loss.

In this study, too, security interests are apparent. An entire section is devoted to how climate change in India and Bangladesh may endanger US security interests and “military preparedness”. Climate-change-related conflict is framed as a human disaster of displacement, but also an opportunity for the US to intervene in Southasia.

Despite such divergent sets of interests and the biases they may potentially carry, a cross-pollination of data and research methods can be reframed to provide meaningful insights on the human costs of climate change. For example, a joint project between Climate Action Network South Asia (CAN South Asia) and ActionAid, titled ‘Costs of climate inaction: displacement and distress migration’, offers an in-depth look at how climate-change-caused poverty, fatalities, and environmental degradation drive displacement in Bangladesh, India, Nepal, Pakistan and Sri Lanka. The report repeatedly cites statistics from both the World Bank’s 2018 report and the McKinsey Institute’s 2020 report, yet presents vastly different recommendations.

There is also a large body of recent research on climate change, displacement and migration in Southasia, often funded by military or policy interests abroad.

For example, CAN South Asia and ActionAid recommend that rich countries and fossil fuel corporations have a far greater responsibility to reduce emissions as well as finance public efforts to mitigate climate change elsewhere. Rather than advocating for private sector intervention, the report pushes for public safety nets and infrastructure.

Data on both the economic and human costs of the climate crisis will be necessary for creating well-informed and effective strategies for climate resilience. At the same time, the way we frame climate-change-related loss directly affects who or what receives protection from its effects.

‘Will India get too hot to work?’. McKinsey Global Institute. 2020.

‘The HKH Call to Action to sustain mountain environments and improve livelihoods in the Hindu Kush Himalaya’. ICIMOD. 2020.

‘Costs of climate inaction: displacement and distress migration’. CAN and ActionAid. 2020.

With research and input by editorial fellow Somi Jun.