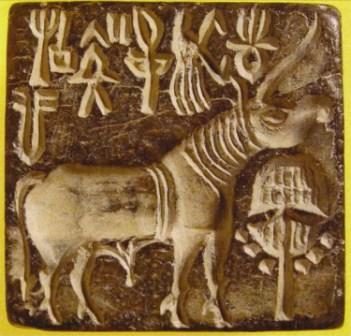 After completing the first phase of my studies of the Tamil-Brahmi script in 1968, I turned my attention towards the Indus script. I had been particularly attracted to this study by the pioneering work of two groups of scholars, one Russian and one Finnish. What I found especially appealing in their work was that, unlike all previous attempts to decipher the Indus script, they were using computers to carry out sophisticated procedures on a scientific basis. I felt that similar work should be undertaken in India.

In 1970, I was awarded a Jawaharlal Nehru Fellowship for this project. In 1970-71, a photographic card catalogue of the Harappan inscribed objects was assembled. The Indus texts and their background data were coded in a numerical format suitable for computer analysis. After a collaborative experimental concordance was prepared with the help of an IBM 1620 computer in Madras, publication of the resulting paper brought me an offer of cooperation from computer scientists at the Tata Institute of Fundamental Research (TIFR) in Bombay.

This interdisciplinary collaboration resulted in the 1977 publication of The Indus Script: Texts, concordance and tables. As the title indicates, the book provides the basic source material for further research, but does not put forward any particular theory of linguistic decipherment. In retrospect, this has turned out to be a very salutary precaution, as the work is now used the world over by researchers, regardless of individual views on the language of the Indus script.

In 1977, a computerised ‘input data file’ was compiled. This is the master file from which the pictorial version of the Indus texts and the concordance were created through computer programmes at TIFR. To appreciate this achievement, one must remember that the computers of the 1970s were much less powerful than today’s machines. We had to use punched cards both to put in the data and to obtain the output. There were no monitors for visual checks. The pictorial version of the Indus texts has nonetheless been widely acclaimed as aesthetically appealing and close to the originals, providing researchers without access to the originals with reliable texts to study.

Professors Gift Siromoney and Abdul Huq carried out further work on the Indus script with the help of computers during the 1980s. Their collaboration resulted in the publication of a series of extraordinary research papers, which explored the structural properties of the Indus texts – frequent combinations of signs, segmentation of texts into words and phrases, and the like. What was especially noteworthy about their work was its scientific character without any pre-supposition on the linguistic affinities of the Harappan people and the Indus script.

Archaeological context
The potentialities of the computerised input data file have not been exhausted by these achievements, however. For one thing, much of the data compiled in the file are yet to be published, and remain open to further research. For another, new data are becoming available both from the earlier sites (Mohenjodaro and Harappa) and from newer sites (Dholavira).

The format of the input data file, now stored at the newly inaugurated Indus Research Centre (IRC) in Madras, will permit all such additions, enlarging the corpus of texts and their background data for further research. I have faith that the availability of this material in an accessible, computerised form will attract younger scholars from university departments of mathematics, statistics and linguistics. They can join together in inter-disciplinary research teams to explore further the structure of the Indus script and, ultimately, its linguistic character.

The IRC is a forum for scientific investigations, without any ideological bias. This does not, of course, mean that the centre will not undertake research into the linguistic aspects of the Indus script. After all, linguistic decipherment of the Indus script is the ultimate objective of this research. What we mean, rather, is that we should not start with preconceived notions or presuppositions, and tailor our research to fit into ideology-driven linguistic models.

Let me illustrate this statement with a couple of examples. First, analysis of the Indus texts has now conclusively established that the writing of the Indus script is from right to left, with some minor exceptions. Yet we find some scholars continuing to claim that the Indus script should be read from left to right, because that is how Sanskrit (or Tamil) scripts are written. Second, computer analysis has shown that the Indus texts possess only suffixes, not prefixes or infixes. This indicates that the Harappan language was of the suffixing type (as with Dravidian), not of the prefixing type (Indo-Aryan).

It is also necessary for well-rounded research to look beyond the inscriptions and take the archaeological context into account. Let me illustrate this with some well-known examples. First, the Indus civilisation was urban in character, while the Vedic civilisation was rural and pastoral. There is hardly any description of city life in the Rig Veda. Second, the Indus seals depict many animals but not the horse; nor is the spoked-wheeled chariot included in Indus art. At the same time, these are among the main features of society depicted in the Rig Veda. Third, the Harappan religion, as far as we can make out from pictorial representations, included the worship of buffalo-horned male gods, mother goddesses, the pipal tree, serpents and probably also phallic worship. Such modes of worship seem alien to the religion of the Rig Veda. These examples (among many others) make it very improbable that the Harappan city dwellers were the same as the people of the Vedic culture.

The evidence indicates that Dravidian languages were once spoken widely in North India, and one or more of the Dravidian dialects could well be the language of the Indus texts. It is extremely important to note that ‘Aryan’ and ‘Dravidian’ are names of languages, not races. Speakers of one language can, and frequently did, switch over from one language to another. We should not allow research into the Indus civilisation and language to be vitiated by false notions of racial or ethnic identities.

Speakers of the Aryan languages indistinguishably merged with speakers of the Dravidian and Munda languages millennia ago. This created a composite Indian society, culture and religious tradition, which contained elements inherited from every source. It is thus likely that Indus craft traditions and artistic and religious motifs have survived, and can be traced in the Sanskrit literature from the days of the Rig Veda as well as in the old Tamil traditions recorded in the classical Sangam poetry of two millennia ago.

Solving the riddle
Recently, scholars Steve Farmer and Michael Witzel proposed that the Indus script was not a writing system at all, but merely a collection of picture signs conveying messages visually but not linguistically. It is difficult to take this new hypothesis seriously, however, given that concordances of the Indus texts compiled by other authors are in essential agreement, and have been able to highlight obvious linguistic features. The theory that the Indus script is not ‘writing’ appears to be defeatist, born out of frustration in decipherment efforts.

Indeed, there is a view that the Indus script can never be deciphered, owing to the limited material, its repetitive nature and the absence of bilingual records. Nonetheless, I am optimistic that sooner or later this riddle will be solved. First, additional material with Indus inscriptions are being continually unearthed from older sites. It is quite likely that we will eventually reach a critical mass of inscriptions necessary for a successful decipherment.

Second, the criticism that there has been little or no progress towards decipherment is not true. While it is correct that we have not been able to linguistically decipher the Indus script, much preliminary work – determination of the direction of writing, segmentation of texts into words and phrases, and isolation of grammatical features – has been achieved. In these matters, a large measure of agreement has emerged from independent work by various scholars.

It can be hoped that future study at the Indus Research Centre will deal both with structural analysis of the Indus texts aided by the computer, and also with the archaeological and linguistic evidence such as those mentioned above. Together, they can find acceptable answers to the riddle of the Indus script.

~ Iiravatham Mahadevan is a retired Indian Administrative Service officer, and one of the world’s foremost experts on the Indus script.

‘Elsewhere’ is a section where Himal features writings from other sources that the editors would like to present to our readers. This selection is from an address by Iravatham Mahadevan at the inauguration of the Indus Research Centre in Madras, 25 January 2007, originally printed in The Hindu Sunday Magazine, 4 February 2007, and carried with permission.