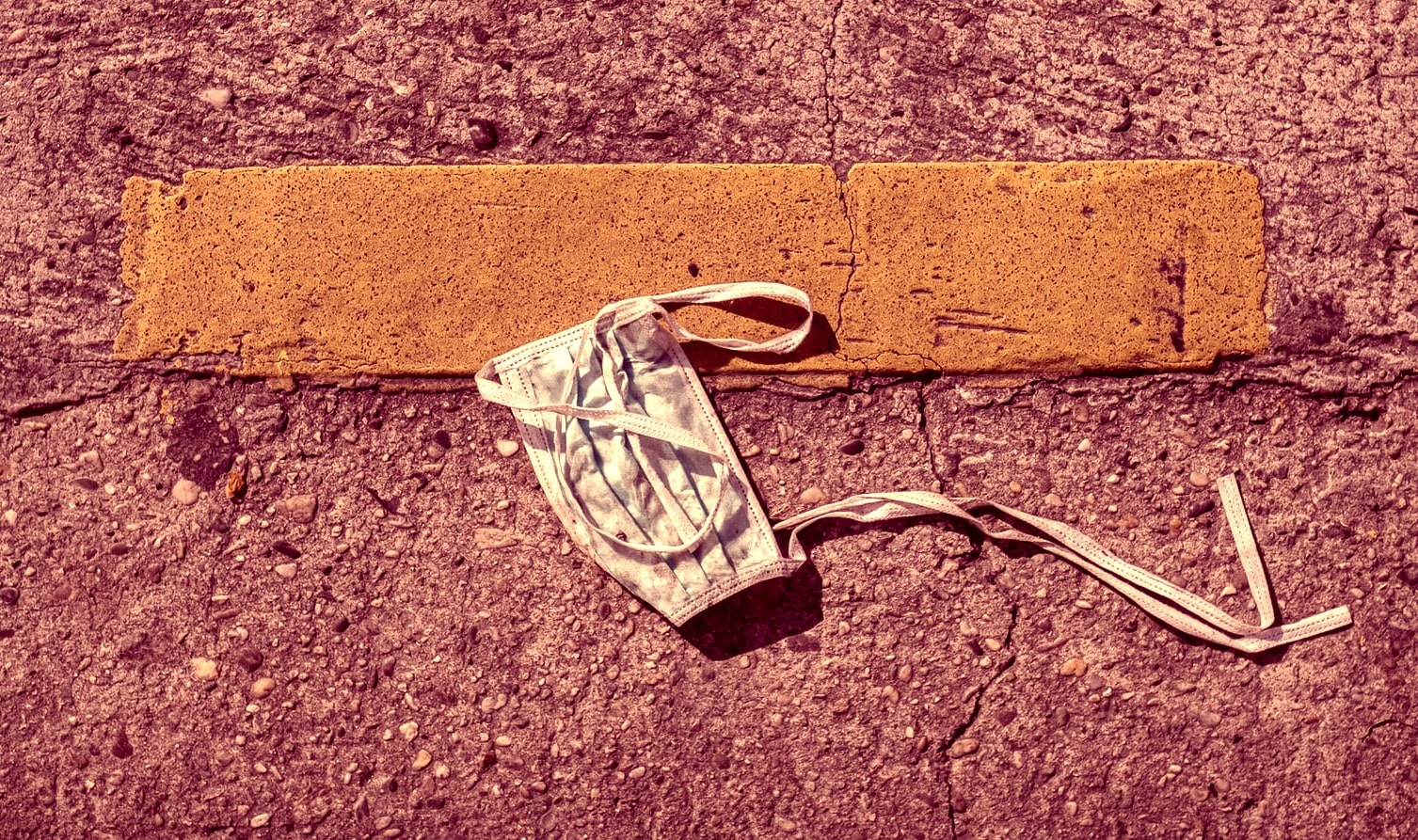 Working without protective gear during the COVID-19 pandemic, healthcare workers in Pakistan say they are on a suicide mission.

Before the pandemic, there was a strike. On 26 February 2020, hundreds of young doctors from hospitals across Pakistan’s Sindh province, including from some of Karachi’s largest public hospitals, poured onto the streets. Their salaries had been cut by half, and they hadn’t been paid for three months. The same evening, the Prime Minister’s Special Assistant on Health, Zafar Mirza, confirmed the first two cases of COVID-19 in the country; one of them was a 22-year-old student from Karachi. The strike was called off.

Healthcare workers like Ahmed are on the frontlines of Pakistan’s coronavirus pandemic – and they are mostly underpaid, uninsured and unprotected.

The strike was a follow-up to a much bigger, province-wide, five-day strike in 2019 that brought the public-health system in the province of Sindh to a grinding halt. The striking doctors’ demands included a rise in salaries on par with the rest of the provinces in the country, promotions, regularised contracts, health insurance and an elimination of corruption in the health department. As the COVID-19 crisis in Pakistan escalates – as of 30 March the country had over 1600 cases, the highest in Southasia – healthcare workers across the country now face the daunting prospect of working in risky conditions without adequate protection.

Over the latter half of March 2020, coronavirus cases in the country have racked up fast, increasing from 241 to 1000 in just seven days. The rapid rise in cases has spread thin the already scarce resources available in public hospitals in Pakistan’s cities. In Karachi’s Ruth Pfau Civil Hospital, which has been administering COVID-19 tests free of charge, hundreds of patients have been thronging the premises on a daily basis, many with flu-like symptoms. At the time of reporting, there were at least nine cases at the hospital’s isolation unit, and according to Dr Mariam Ahmed, a house officer in the hospital’s cardiac emergency room, the ER had turned into a ‘cesspit’. “There are no sanitisers anywhere,” she told me. “We [doctors] carry our own sanitisers, but the hospital doesn’t provide any. And our equipment isn’t disinfected.”

For Ahmed, surgical masks and latex gloves have become a luxury. On a regular workday, she performs medical examinations, takes and logs patients’ vitals and medical histories, and explains medical procedures – all without wearing a surgical mask and gloves. But after the COVID-19 pandemic slammed Pakistan, Ahmed – still working sans protective gear, also called personal protective equipment (PPE) – is afraid for her life, and the lives of other patients that she may end up infecting if she contracts the virus.

In a country with one doctor for every 963 people, and one hospital bed for every 1608 people, healthcare workers like Ahmed are on the frontlines of Pakistan’s coronavirus pandemic – and they are mostly underpaid, uninsured and unprotected. Pakistan spends less than one percent of its GDP on health, and despite a 19-percent increase in the healthcare budget this fiscal year for the province of Sindh, where Karachi is located, Ahmed said she has no health insurance, and hasn’t been paid for the past four months – she earns about USD 280 per month. Now, with the country on lockdown for the next two weeks, she doesn’t expect to get paid anytime soon.

Panic buying across Pakistan following the steep increase of coronavirus cases led to a countrywide shortage of masks, spelling doom for those working on the frontlines.

Already, Pakistan has witnessed its first COVID-19 casualty in the medical fraternity: Dr Osama Riaz, a 26-year-old from Gilgit Baltistan, tested positive on 20 March and passed away two days later. He had been screening recent returnees from Iran and treating suspected COVID-19 patients without protective gear. On 25 March, a doctor at the Ruth Pfau Civil Hospital was placed in isolation after he developed COVID-19 symptoms. And on 28 March, three employees of the Aga Khan University Hospital– a private hospital and COVID-19 testing facility in Karachi – tested positive for the virus. “It’s scarier now, because these are people we know. We have seen them roaming the corridors of this hospital,” said Dr Rija Sheikh, a house officer at the Ruth Pfau Civil Hospital’s general surgery ward.

Healthcare workers have always been on the frontlines of epidemics and pandemics. During the 2002 SARS outbreak, one-fifth of all cases were healthcare workers. In Hong Kong alone, 360 hospital workers contracted SARS – a whopping 20.5 percent of all cases on the island. In China, where the COVID-19 pandemic began, more than 3300 healthcare workers have been infected, and at least 13 have died. “We’re doctors, we signed up for this,” Ahmed said. “But my biggest fear is bringing the virus home, and infecting my elderly parents.”

The Centers for Disease Control and Prevention (CDC) in the United States recommends the use of N95 filtering facepiece respirators – or surgical masks if respirators aren’t available – and gowns in all healthcare settings, to protect health workers from the virus. The WHO advises the use of at least surgical masks when entering a room occupied by a suspected COVID-19 patient, and an N95 respirator when performing aerosol-generating procedures, such as bronchoscopy or non-invasive ventilation. But panic buying across Pakistan following the steep increase of coronavirus cases led to a countrywide shortage of masks, spelling doom for those working on the frontlines. Four days before the first COVID-19 case was reported in the country, the Drug Regulatory Authority – a statutory body that regulates drugs and medical equipment in the country – allowed the export of PPE worth PKR 2.98 million (USD 18,500), including 10,000 N95 masks, overturning a ban imposed in January 2020 anticipating shortages. The CEO of the authority, Asim Rauf, justified the relaxation by citing a special request made by the Chinese Embassy in Islamabad. “We allowed the export of masks and other equipment due to close relations with China,” he said. “However, we have sufficient stock of the equipment.”

Doctors in the country already have deep-seated grievances against the government and law enforcement agencies.

But experiences of healthcare workers suggest otherwise. In fact, the situation for them was dire even before the pandemic, they say. Hospitals weren’t following the WHO’s standard guidelines for protective gear: gloves, mask, and a gown. They had been reusing surgical masks – sometimes for several days. They were short on medicine. Syringes weren’t disposed of properly. Sanitary conditions were abysmal, and there were times when up to three patients were piled onto a single bed.

Doctors in the country already have deep-seated grievances against the government and law enforcement agencies. In October 2019, the Young Doctors Association (YDA) – a healthcare workers’ union – went into a month-long strike in the province of Punjab against the provincial government’s proposal to make public hospitals autonomous, which would make medical staff contract workers, limit hospitals’ state funding, and likely increase the costs for patients. A month later, in December 2019, a mob of over 200 lawyers attacked a public hospital in Lahore, after a group of lawyers got into an argument with hospital staff over alleged mistreatment of a colleague. Three patients died during the violence, which was widely criticised in Pakistan’s media. Notably, Prime Minister Imran Khan’s nephew, Hassan Niazi – a lawyer and a human rights activist himself – stood out prominently in footage of the attack, and could be seen assaulting healthcare workers and participating in an arson attack.

When the Ruth Pfau Civil Hospital received its most recent dispatch of N95 respirators on March 20, the masks didn’t trickle down to house officers – among the lowest in the hierarchy of hospital’s medical staff. “The senior staff kept the masks for themselves and didn’t give us any. They’re not on the frontlines though, we are,” Ahmed said. A medical officer at a public hospital in Karachi who spoke on the condition of anonymity, because she did not have permission from her workplace to speak publicly, said that she had purchased her own N95 mask. “I’ve been ill for a week,” she said, between coughs, “But I don’t have time to get tested, and I need to keep working, I took an oath.”

“It is like suicide to treat [COVID 19] patients without protection.”

Hospitals have now begun to take drastic steps to conserve supplies. At the Sindh Institute of Urology and Transplantation, also a COVID-19 testing facility, there is an acute shortage of surgical masks, with only two to three masks available per ICU for staff. To cope with the shortage of masks, the institute’s doctors and staff have devised shorter shifts: not more than two healthcare workers are allowed to administer care in the ICU at a time. Shorter shifts and a skeleton staff have meant compromised delivery of healthcare. However, as the institute’s head of infectious diseases, Dr Asma Nasim, told me, it is impossible to avoid exposure to the virus unless the staff is supplied with appropriate gear.

At a press conference in Islamabad in mid-March, the president of staff at the Pakistan Institute of Medical Sciences, a medical school and hospital in the capital, warned of a strike unless doctors were given necessary protective gear. “It is like suicide to treat [COVID 19] patients without protection,” Dr Asfandyar Khan added. Following the press conference, the chief of Pakistan’s national disaster-management authority informed on 20 March that 12,500 PPE kits had been procured, and another 200,000 N95 masks ordered.

For medical workers in Pakistan, however, that might be too little too late. Over an hour-long conversation over the phone, Dr Ahmed from the Ruth Pfau hospital made several references to war – “I feel like a warrior going out to battle,” she said. Later, she added, bitterly, “When you send a soldier out on the field, you don’t send them unarmed, do you? We are all unarmed soldiers. Who will protect you when we die?”

Zuha Siddiqui is a freelance journalist based in Karachi. She reports on human rights, migration and social movements.