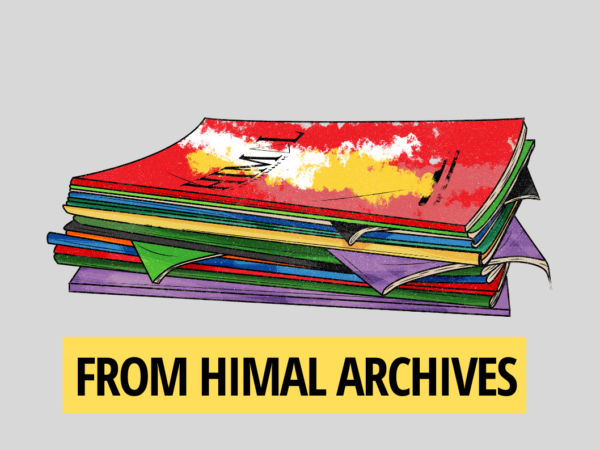 This documentary on the principal character responsible for the creation of Pakistan, Muhammad Ali Jinnah, was obviously made with an eye on the golden jubilee celebrations of the independence of Pakistan and India. Mr Jinnah: The Making of Pakistan directed by Christopher Mitchell begins by posing the all-important question: what made Jinnah a great personality?

The director proceeds to tell the story of Jinnah´s life and his struggles through the recollections of a number of people who came into contact with him and had opportunity to witness the course of history standing by his side. Mitchell is obviously not satisfied with a narration of events as they took place, though he does respect chronology.

The viewer is taken through the significant phases in the Quaid´s life – childhood in Karachi, student days in England, struggle as a lawyer in Bombay, marriage to Ruttie Petit, disillusionment with Indian politics and retirement to England, return home to head the Muslim League, conduct of negotiations with British missions, arrival in Karachi to become the head of the new state of Pakistan, and his last days in Ziarat.

Alongside, the film recalls the essential political developments in the Subcontinent over the first half of the century – the founding of the Muslim League, the failure of attempts at Hindu-Muslim unity, the arrival of Gandhi, the rise of Nehru and Vallabhai Patel, the pressures on the colonial power caused by World War II, and the final act of Partition in the midst of communal carnage. It must not have been easy to mix these two trails into a smooth narrative but the degree of success achieved by the filmmaker is considerable.

Following the model set by earlier documentaries (such as the British serial on the Raj), Mitchell seeks out a number of Pakistanis to present their impressions; they include civil and military officers (Yaqub Khan, Noor Husain, Aslam Khattak and Usman Ansari), persons who were student activists back then (Javed Iqbal, Ijlal Haider Zaidi and Ghulam Umar), a couple of political activists (Shaista Ikramullah and Yusuf Haroon), and writers/correspondents (Syed S. Pirzada, Z.A. Suleri, Zawwar Zaidi).

For insights into the Quaid´s life, Mitchell relies on Princess Abida Sultana, Zeenat Rashid and Dina Wadia. Although Dina did not have the opportunity of watching her father closely or for long, her extended interview, though marred by sub-standard recording, is one of the highlights of the film. Another fresh bit on offer is the account of the Quaid´s last flight by a crew member of his plane.

But Mitchell is not content with collecting a group of Pakistanis to repeat their one-sided version of history. He goes to the other side, too, to gather the impressions of some well-known Indian writers (Mulk Raj Anand, Khushwant Singh, Rafique Zakaria), Congress leader (Sadiq Ali) and a political analyst (N. Kumar). This brings out some of the points that were debated for long during the Subcontinent´s fight against colonialism and the failed attempts at communal unity.

However, it seems that the Indian interlocutors are merely responding to questions framed for them and are not called upon to critically analyse the issues, except for Zakaria, who seems to have received more prominence than he perhaps deserved in the given context. Nevertheless, this approach puts the subject in a better context than would have been the case if the director had relied on the chronicle popularised by the so-called history texts churned out in Pakistan.

Silence on the Raj
The present generation in both India and Pakistan has difficulty appreciating the events that led to 1947, mainly because it has the benefit of hindsight. It can look at political problems in the light of post-WWII developments, and its perceptions have been affected by the experience of five decades of independence. Anyone looking at the film from a present-day perspective may feel somewhat disappointed, but the cause of disappointment lies elsewhere. Mitchell is not presenting a critique of Indian politics of the first half of this century, he is only concerned with the current that moved large masses when the political drama was unfolding.

The problem with the film, however, lies with the subject itself. The course chosen by the Quaid-e-Azam was determined by an interplay of complex forces, a major factor being the colonial rulers´ policy of aggravating a historical divide between two communities and their determination to restrict the people´s choice of their system of governance once freedom was granted. Neither the making of Pakistan nor Jinnah´s political career can be fully understood without referring to this role of the colonial power. The film´s silence about the most dominant of the three parties on the issue of the Subcontinent´s freedom is its glaring weakness.

The Making of Pakistan ends with a scene of Baloch-looking people listening to a folk instrumentalist singing Mian Bashir Ahmed´s poem on the Quaid. One doubts if they understand the lines – perhaps an indication of how little Jinnah is understood in the state he founded.