A food writer dishes on the ins and outs of her profession. 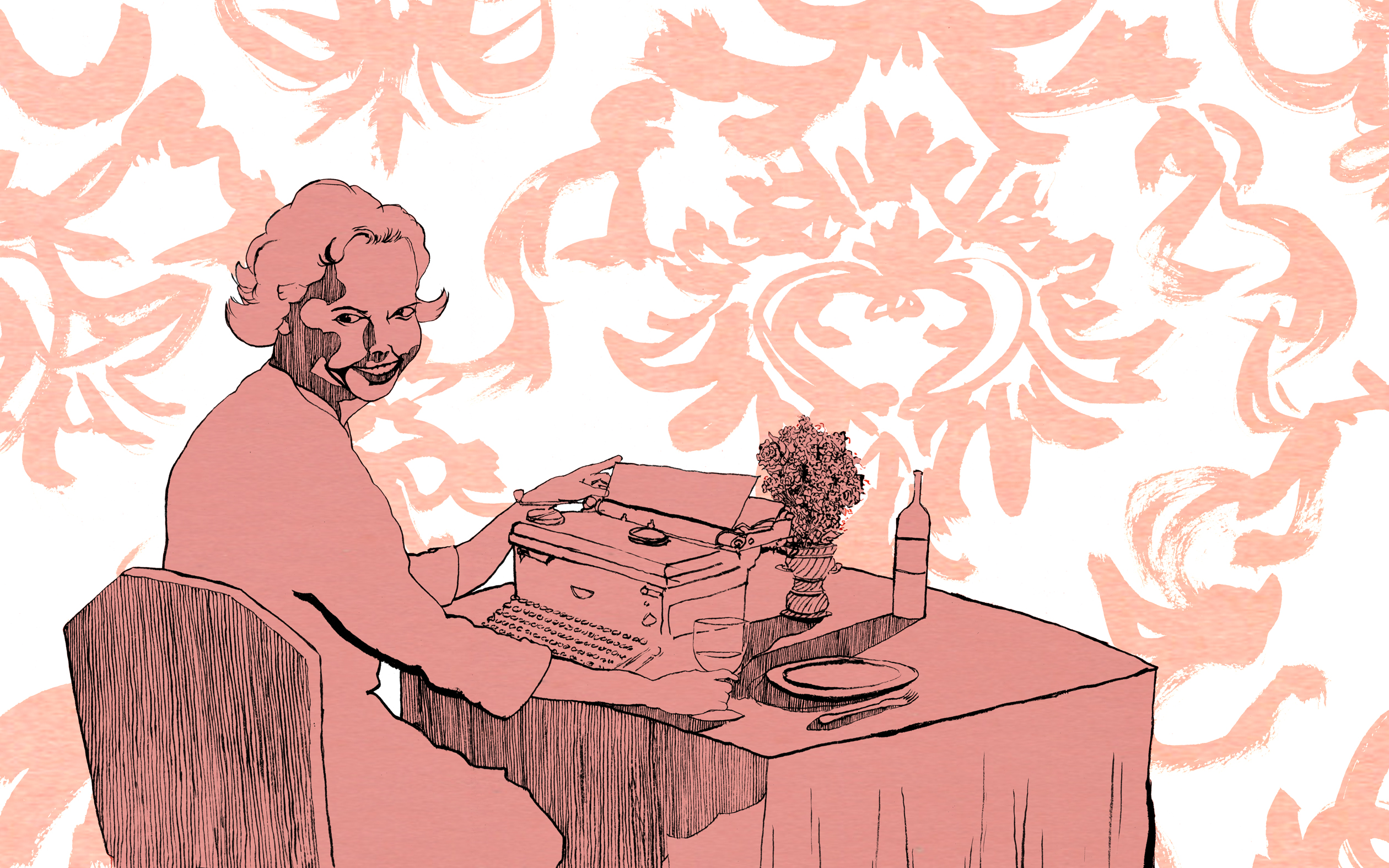 When I tell people that I write about food, I unfailingly receive one of three responses (and sometimes, all three): a) “Oh! You’re a food critic”; b) “You’re so lucky!”; and c) “You’re a foodie! So am I!”

Wrong on all three counts.

First, I am a food writer, not a food critic. Food is meant to nourish and enrich our lives; it exists for our sustenance and pleasure. Food is perfect in and of itself and does not need to be criticised. Cooks, chefs, and restaurants – now those are a different matter entirely. So restaurant critic, yes; food critic, no.

Second, I am not ‘lucky’. Like any other professional, I have worked hard and spent big to be able to do what I do – I have travelled the world and sampled various cuisines on my own dime, spent time and money tracking down interesting foodstuffs and experiences, attended writing and food-related classes and workshops, and often gone out on a limb with an unpopular opinion and paid the price for my candour.

And last, you may be a ‘foodie’, but I am not. In fact, I don’t even know what that means. Does it mean you’re addicted to food, like a druggie is addicted to drugs? Or does it mean you are a trained cook, in the same way that a techie is trained to work with technology? Or wait! Could it mean that you eat a lot of food? In which case, ‘glutton’ would probably be a better word to use. If, however, you enjoy trying different kinds of food and learning as much as you can about every aspect of whatever you are eating – if you are, shall we say, hungry to develop an intimate knowledge of everything you consume – then you, like me, are an epicure. Call yourself one.

And now that I have that off my chest: Yes, I love what I do.

The story of food
To be a good food writer requires, first and foremost, the ability to write well. Writing well, in turn, requires a deep and abiding curiosity about the world around you. You can’t be a successful food writer – or indeed a successful writer – unless you are interested in science, history, geography, culture and lifestyle. Many people believe that food writing requires a vast knowledge of food and proven culinary skills; while that is partly true, being a food writer is more about the writing and less about the food. Being a great cook doesn’t make you a good writer; on the contrary, gastronomic knowledge and the ability to cook are merely the inputs that inform your writing.

I discovered a love of writing when I was five years old. I loved the feel of the pencil in my hand, the predictability of the ruled lines on paper, and the promise of a blank page. I still love writing – even if my laptop has taken the place of my beloved pencil and paper. I discovered books at about the same time as I discovered a passion for writing. Now, almost four decades later, I am still a voracious reader. To be a good writer – food or otherwise – you must also read widely and without prejudice as to genre. You must learn how to tell a story, and tell it well. You must know how to use words to draw your reader in, and then keep her there as you spin a mesmerizing web of adjectives, verbs and nouns that transport her to a place and a time that she has not experienced first-hand. You need to be able to paint pictures with language – to evoke images of food that are so real that the reader can almost reach out and touch them. And, of course, eat them. The goal of any good piece of writing is to inform, entertain and inspire – and food writing is no different.

Which is why I believe that good culinary writing – whether in the form of a cookbook, a food essay, a culinary memoir, a blog, a food diary or a culinary travelogue – involves more than simply sharing recipes or providing a detailed account of every meal consumed. The former is prescriptive, and the latter is merely a record of consumption. A competent food writer needs to focus on the basics: the science of cooking or the gustatory experience, or both. But the right subject matter alone isn’t enough to produce a memorable piece of culinary writing; you must also be able to inject your personality into your writing, dodge the temptation to resort to gushy adjectives, and achieve a friendly, almost conversational tone, and make it all seem effortless in the bargain.

The tools of the trade
Telling convincing stories about food does require some knowledge of food and food science. You have to know the difference between ‘rare’ and ‘medium-rare’, between ‘braised’ and ‘stewed’. For that, you have to be interested in how food is chosen, stored and transformed from raw ingredients to finished dish. You need, at the very least, to be a bon vivant, if not a competent cook. You need to be passionate about it.

More important than passion, though, is the need to possess a large vocabulary around food. A vocabulary that extends beyond ‘yummy’, ‘divine’, ‘delicious’ and ‘awesome’ on one end of the spectrum, and ‘disgusting’, ‘yuck’ and ‘awful’ on the other end. Was the dish you tried undercooked? Overcooked? Bitter? Fiery? Insipid? Moist? Dry? And then there’s the matter of degree – how dry was it? And what kind of dry? As dry as the Sahara, or merely as dry as a boring bank report? Was it an astringent, mouth-puckering kind of dry, or a more textural, chewy kind of dry? Find the answers by making it your mission to not only taste but also smell, hear, touch and observe food and its ingredients.

The ability to make these and other distinctions is key, and in order to make them, you must first experience them. To be able to tell someone that a something doesn’t taste right, you have to first know what the ‘right’ taste of that particular dish is. And since taste is such a subjective thing, you have to experience the ‘right’ taste enough number of times to be able to characterize it as the norm. This is known as ‘training the palate’. Training your palate involves sampling a lot of food, both good and bad. More of the latter, because while there are usually only a few ways to make sure a dish is perfect, there are hundreds of ways to get it wrong (so again, to the people who think I am ‘lucky’: for every one great meal I enjoy, I have consumed at least five mediocre, and four flat-out appalling, meals.)

Two other things that I believe are essential for a successful food-writing career: the courage to voice a strong opinion (even if it isn’t a popular one) and an iron-clad code of ethics.

If you are the kind of person who ‘likes to be liked’, don’t even attempt writing about food. I can’t count the number of nasty emails I have received just because someone didn’t agree with my opinion – of a restaurant, a food, an ingredient, a cooking technique. Airing your opinion publicly definitely does not win you any popularity contests.

Second, if you are writing reviews, you must make it a priority to maintain your credibility. Abiding by a set of self-imposed rules reassures readers that your opinion has in no way been influenced or skewed by freebies, commercial interests or personal relationships. In my case, I have three simple rules: I pay for my meals and do not endorse or ‘push’ specific products or restaurants; I always dine anonymously, even making reservations in other names; and I try a dish, product or restaurant at least twice before I review it.

I also make disclosure a priority; if I realize that restaurant staff recognises me, either I do not review, or I disclose that they knew my identity. If I have received a free product sample, I let my readers know. Honesty is important; people appreciate being given all the facts because it makes them feel better-equipped to make their own judgement.

A day in the life
And now that the mechanics are out of the way, what’s it really like to be a food writer?

It’s fun. I once got to attend an olive oil tasting session in Tuscany, Italy. A roomful of well-dressed men and women sipped elegantly at their expensive, fresh-pressed olive oil, and they then proceeded to make the most inelegant noises as they slooshed, sloshed, sucked and gargled it in order to detect its flavours and aromatic notes.

It’s exhilarating. Climbing up through several stories of a multi-level concrete parking lot in Kuching, Borneo in the dead of night, I was pretty sure that this was a wild goose chase based on nothing more than rumours. Reaching the uppermost level to be greeted by the jaw-dropping sight of a bustling, ‘secret’ rooftop food market gave me as much of a high as any narcotic!

Sometimes tedious. Having to photograph every dish on the table before I dig into the famed Cambodian amok, even as its rich coconut fragrance wafts by in a deliberate attempt to distract me. Focusing my senses wholly on the plate before me instead of being able to ignore the food and take in the glory of the Himalayas like everyone else at the table. Dragging my family through the narrow, winding streets of Old Delhi in the blazing 40 degree heat just to find a particular hole-in-the-wall place that served the perfect galouti kebab.

Not always enjoyable, but never boring. Have you ever eaten a foul-smelling durian fruit? How about casu marzu, the Italian cheese that contains live insect larvae? Sometimes, the pursuit of new culinary experiences ends up leading you to some decidedly unpleasant foods. On the bright side, they are also unusual.

It’s expensive and time-consuming. For the most part, writing about food doesn’t pay anywhere near the amount you spend on learning new things, training your palate, ferreting out obscure eateries, or exploring and researching unfamiliar cuisines. It’s also time-consuming, as is any form of writing.

But more than anything else, writing about food is very fulfilling.

The pros:
You get to eat out. A lot.
You develop a broader knowledge of food and cuisines.
You’re constantly learning new things – about ingredients, flora, fauna, history, climate, cultures, countries, and more.
In some cases, you get to see ‘behind the scenes’ – of restaurants, bakeries, hotels and even home kitchens.
You get to meet other folks who share a passion for food.

The cons:
You have to eat out. A lot.
You have to spend. A lot.
You open yourself up to often vitriolic criticism from people who disagree with you.
In some cases, you get to see ‘behind the scenes’ – of restaurants, bakeries, hotels and even home kitchens. Sometimes, it’s not pretty.

Writing about food is much like preparing it: you must start with the right ingredients and tools, then add creativity, patience, and practice – lots of practice. And at the end of it all, cooking it up is its own reward.

~ This article is one of the articles from web-exclusive package for ‘Farms, Feasts, Famines’.

~ Suman Bolar is a food writer based in Bangalore.