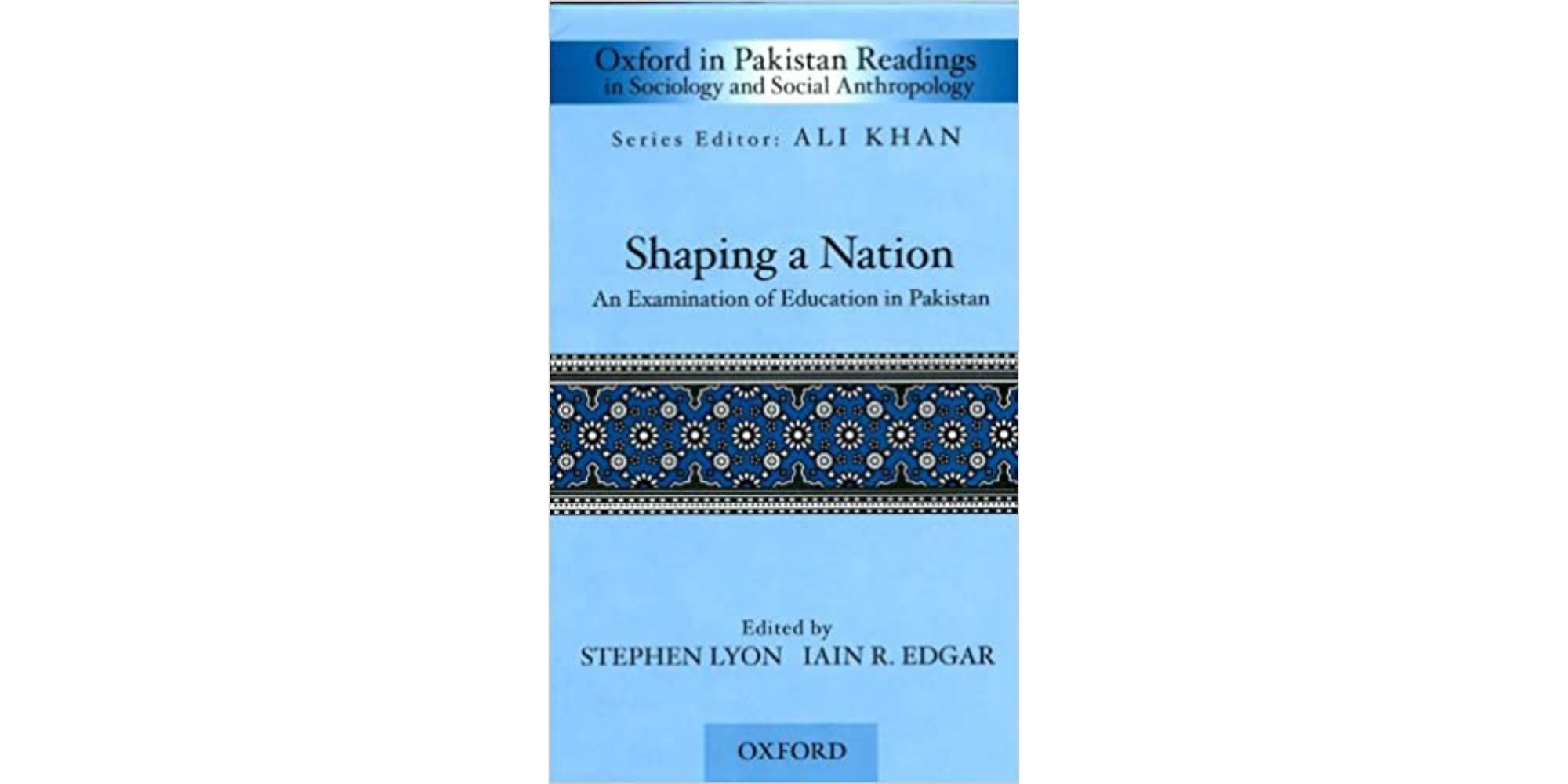 The idea that education will ‘make or break’ Pakistan is a commonly heard one today. Overall, there is broad agreement that education is as important to Pakistan as to any other country, with reforms required quickly if the people are to see credible results in the near future. On the other hand, the reasons behind the largely unified call for reform vary across constituents. Parents, for instance, view quality education as a way to ensure a brighter future for their children in an increasingly competitive world; analysts feel education might be the only path to addressing outstanding social, political and economic issues; and others, especially non-Pakistanis, consider the reforms, which would include within their ambit the madrassa system, as the only way to prevent Pakistan from imploding, a situation that many fear would cause ripple effects across the region and the world.

With seemingly so much at stake, Shaping a Nation is a timely publication. The articles collected in the volume cover a wide spectrum of topics, and have been written over a long period though they lack explicitly stated dates – Aziz Talbani’s paper, for instance, written prior to the attacks of 11 September 2001, could be understood much more readily if one knew it is from the mid-1990s. Nonetheless, collectively they succeed in raising questions sorely in need of debate. At various points, for instance, the authors focus on such critical issues as standardisation of the national curriculum, the place of vocational training, the possibilities for vernacular and international languages, the prospect of establishing government regulation in a country where the state is notoriously weak, and how to set realistic goals to be achieved within a given timeframe. Having articulated these concerns, the authors offer a wealth of alternatives to the current broken system.

As passed in April, the 18th Amendment to the Constitution has made access to education a basic right for children between the ages of 5 and 16. But it remains an unanswered question as to how this can be put into operation while the state continues to spend little more than two percent of gross domestic product on education. The lack of official priority to education has led not only to a dismal lack of quality in the sector, but also to millions of Pakistani children never enrolling in the first place, and many more dropping out before completing their primary education.

Against such a dispiriting backdrop, Stephen Lyon, an anthropologist included in the collection, cautions the reader to be realistic about the prospects of any eventual reform. ‘Ultimately, I believe that any educational reforms which insist on gender or class equality will fail in Pakistan,’ he writes. ‘Helping Pakistan today necessarily means helping in ways that do not overtly challenge cultural values.’ Lyons makes a case for incremental changes to ensure that reforms are both well rooted and instill a sense of ownership in local communities. For example, he argues that policies that push on gender equality and removing the gender gap too fast or quickly might backfire due to cultural issues. But with large gender gaps in education, especially in provinces such as Balochistan, does this approach make more sense than one that takes cultural or contextual mores head-on?

Breaking free
Like Lyon, Tariq Rahman, a scholar who has written widely on language and politics, focuses on the connection between inequality and the education system. Pakistan’s education system is extremely fragmented on the bases of income, geography, language and ethnicity, and across the rural-urban divide. A child born to poor parents and growing up in the rural areas of Balochistan, for instance, will have massively different education opportunities, if any, compared to a child of middle-class parents born and raised in Lahore or Karachi. As has been well illustrated elsewhere, these differences tend to become more entrenched with time, and are increasingly difficult to address over generations. In fact, the inequalities and differences thus generated have the potential to destabilise the country, playing havoc with the very fabric of society.

Along the same lines though in a more specific context, Afke DeGroot, an anthropologist, raises some of these issues from the perspective of a small Baloch community living in a coastal fishing village in Sindh. ‘Education is considered to be a means by which children can break free from their current style of livelihood and to gain access to other jobs,’ she writes. But de Groot finds the quality of education so poor (even matriculation does not qualify people for any jobs and even doing 10 classes in the village is a big investment) and the job market so fragmented (no jobs for educated people in the village) that even those who do matriculate and even pursue additional education are often unable to find jobs. Unsurprisingly, de Groot concludes, such a situation has had the effect of discouraging many others from continuing in school, or even attending in the first place. People with whom de Groot speaks say that they still value literacy, but do not particularly see the value of continuing education. Furthermore, almost all emphasise that their education does not make them better fishermen, prompting de Groot to conclude that ‘policies should be oriented towards making the school environment, and the skills learned, more interesting and relevant for the child, keeping the context of their future realities in mind.’

The curriculum is necessarily a central aspect of education reform, and has certainly been given space in this collection. For instance, Rubina Saigol, an activist and education researcher, explores Pakistani textbook representations of the 1857 uprising in India. She argues that the role of Muslims has been enhanced, and Hindus and followers of other religions have been almost completely pushed out. Muslims are only seen as brave and patriotic, and were the only ones who tried to drive out the British from the Subcontinent – at best, others ‘also participated’, if they are at all mentioned. Who should really be in charge of curriculum and reform – area experts? More complex, what role should ideology and state objectives, or even objectives of nationhood, play, if any, in curricula? In a separate piece, Marie Lall and Aziz Talbani raise similar questions about the role of Islam in the curriculum and education system overall. They raise these questions and clearly point out how the lack of a deeper debate on curriculum has led to grave errors in portrayal of historical accounts, and that these have a large impact in shaping the worldview of students. However, they do not have many suggestions on how this debate should be structured and deepened.

A healthy debate on education reform in Pakistan is much needed, and urgently so. However, such a public conversation must be based on thorough and deep research, for which new, wide-ranging works such as Shaping a Nation can be excellent starting points. The editors have not only been able to raise a number of important questions but have given us strong pointers about future directions. We need to have a deeper debate on what it means to be educated, and how that is to be structured for children in Pakistan. This debate will have to take on issues of content of knowledge, role of religion and ideology in education, language issues, and issues of social/economic equality and opportunity. If these are not taken up urgently, the increasing and continued fragmentation of the Pakistani society and polity could have grave consequences for the future of the country.

–Faisal Bari is associate professor and head of the Department of Economics at the Lahore University of Management Sciences.