Fire and the federation

Despite persistent tensions, Pakistan’s ethnic groups have developed enough stakes in the country to prevent it from splintering. 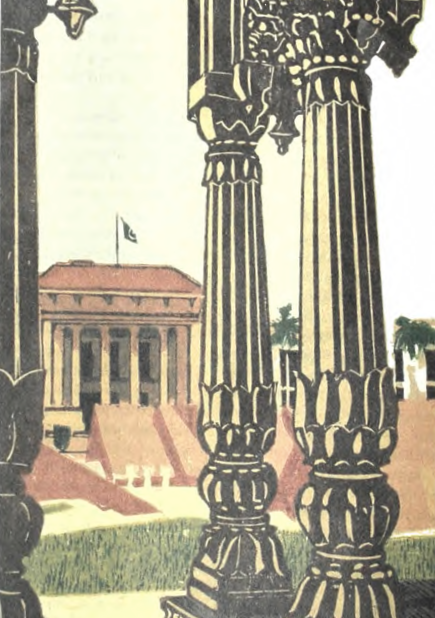 For critics of Pakistan, much of what ails the country stems from the travails of its birth, the so-called original sin. Because it was carved out of the flank of the Indian Subcontinent with the help of the knife and the flame of Islamic nationalism, it was always destined to be permanently grappling with the effects of that impractical vision. Religion was a superimposed identity, a fake overlay, on a surface otherwise pockmarked by older, stronger claims defining groups that were strung together to constitute a Pakistani nation one fateful night in August 1947.

The creation of Bangladesh, in 1971, reinforced this view of Pakistan doomed to crash on the rocks of ethnic divisions, and since then most of the literature on the country’s future has been steeped in doubt and dismay. This hand-wringing primarily concerns itself with what is commonly referred to as Pakistan’s ‘problem of national identity’: a nuclear-armed country with a dramatic past and an unpredictable present that does not seem to have acquired the internal coherence to inspire confidence about its tomorrow. But this view, although with some merits, largely misses some remarkable changes that Pakistan has undergone over the last few decades – and which seem to have addressed, in the natural flow of events, the fundamental question about the place of the various sub-nationalities in the larger frame of Pakistani nationalism.

The first change has been demographic, the cross-currents of which have practically taken the wind out of the sails of Pashtun nationalism, which once loomed large on the horizon of the country’s internal troubles. Patterns of Pashtun migration in the last three decades have altered patterns of the community’s behaviour and political demands. The most notable case in point is Karachi. Being the financial nerve centre of Pakistan, the city has attracted hundreds of thousands Pashtun from across the country and has, as a result, become the world’s largest Pashtun city. By gaining a stake beyond their original homeland, the Pashtun have tried to preserve their ethnic identity in a multi-ethnic city, learning to co-exist with Sindhis, Mohajirs, Baloch and Punjabis (see accompanying review, ‘Melting-pot constituencies’). Because Karachi provides more than 60 percent of countrywide employment opportunities for the Pashtun, it has diluted their demand for separation from Pakistan proper, and has almost dissolved their resolve to join forces with the Pashtun in Afghanistan for a greater homeland.

A similar increase in the Pashtun population in Quetta has turned that city’s demography upside-down. A mixture of enterprising businessmen and millions of Afghan refugees of Pashtun extraction have made deep ingress into the Baloch heartland, establishing a vast network of livelihoods and cumulatively purchasing large tracts of land. While the Baloch have not taken kindly to this invasion from the north, this has in fact produced an interlocking situation for both communities, wherein both are forced to take cognisance of the other’s concerns, and neither can assert ethnic identities in aggressive, inconsiderate forms. While the Baloch want to preserve their ethnic domination in their majority areas, Pashtun money is too irresistible to refuse. On the other hand, the latter cannot carry out productive business activities in these areas without keeping the Baloch in good humour.

Yet another Pashtun migration is recent, and has been driven and recently aggravated by the force of circumstance in their traditional strongholds. The rise of the Taliban in the Pakistan-Afghanistan frontier, as well as the resulting counter-insurgency operations by the Islamabad government, has pushed more-affluent Pashtun families out of their villages and agricultural lands, and into Punjab province. Interestingly, in defiance of recession in the rest of the country, land prices of late have continued to escalate in Islamabad, largely due to a buying spree by Pashtun who have moved their extended families to the capital, which falls within Punjab. For all of these reasons, the Pashtun community in today’s Pakistan is far too integrated, in each of the four provinces, to claim an identity that overrides the national persona.

National nationalists
Things have also changed for the Sindhi nationalist, who was once seen as another possible destroyer of the very foundation of the idea of Pakistan. Again, demographic movement has been a factor in the dilution of Sindhi sub-nationalism. Karachi, Hyderabad and Sukkar – three of the largest districts of Sindh – have become trans-ethnic, housing not just other ethnic groups but also businessmen looking to expand their empires beyond provincial boundaries, primarily coming from the south of Punjab. Agro-based industry (such as sugar) has brought Sindhi economic interests into the mainstream, enriching the local elite enough to venture out of their traditional constituencies and develop political interface with those living in other parts of Pakistan.

Indeed, Sindh has been a political integrator for Pakistan since after the separation of Bangladesh. The Pakistan People’s Party (PPP), while always with a stronghold in Sindh, has in fact regularly received more votes from Punjab, and used its national base to come to power for the fourth time during the last elections. That fact alone has prevented smaller fissiparous groups from gaining toehold for their agendas. In present-day Pakistan, what has forced the PPP to assert its national outlook even more strongly is the political squeeze being applied on it by the Muhajir Qaumi Movement (MQM), which has done much in the last decade to shun its parochial approach and has consistently pursued politics of a wider scope. In May this year, its leader, Altaf Hussain, self-exiled in London, for the first time held rallies across Pakistan, launching a new phase of the MQM’s national politics. While the party has a long way to go before it becomes a viable alternative to the PPP, its efforts reflect an understanding that it is perhaps more profitable to invest in national politics than in limiting local agendas.

Baloch separatism presents by far the most tenacious challenge to Pakistan in terms of national integration. The ongoing hit-and-run insurgency inspired by new-generation leadership sitting in London and Kabul does not show any sign of dissipating. Recent arrests portray the profile of the insurgent as remarkably young – in his teens, mostly – and generally drawn from the educated middle class, which has neither religious leanings (the Baloch typically are not ostentatious about their religion) nor is it plugged into the system of sardars, who have traditionally led past Baloch insurgencies  (see accompanying story, ‘The question of Balochistan’).

The target of the insurgents’ wrath seems to be anything connected with the state, and also against the Punjabi settlers who have lived in this area for decades, some for over three generations. While on the surface the demand for a separate homeland looks like a vote against the federation – which it is – at heart it is no different from the demands of the most deprived sections of Pakistani society, whose lives the state has failed to touch in any meaningful way. Aggravating this sense of acute deprivation was the misrule of General Pervez Musharraf, who provided the Baloch their martyr by killing an octogenarian and ailing Nawab Akbar Bugti in 2006. Although disliked by most Baloch nationalists during his lifetime, since his death in a military raid Akbar Bugti has become the symbol of state oppression against an entire ethnic group.

Despite its ferocity, however, the Baloch demand for a separate homeland has not become an existential threat to Pakistan’s survival as a state. On the contrary, the Islamabad government has offered unprecedented concessions to the provincial government, coming close to granting what many view as maximum autonomy and substantial control over its own resources. That has strengthened the mainstream political parties in Balochistan, and has prevented Baloch militants from acquiring political legitimacy. Besides these factors, the emerging mixed ethnic composition of the province – the Pashtun, Punjabis, Baloch and many Baloch sub-tribes who do not associate with the militancy – has prevented this separatist movement from becoming the fire that could bring down the house of the federation.

Does this mean that Pakistan has decisively dealt with the question of sub-nationalism that could prompt ethnic separatist tendencies and eventually overwhelm the very idea of Pakistan? Not really. Ethnic grievance continues to be a powerful tool for marginalised groups to express their frustration, and poor governance and bad politics can certainly aggravate longstanding and unmet demands. Under these circumstances, groups reach out to the nearest common denominator to create a network of opposition, which in some cases continues to be their primary ethnic identity. However, demographic and economic integration at the elite level has prevented these group frustrations from undoing the federation. Pakistan, like most multi-ethnic countries, is faced not with the threat of sub-nationalism, but rather of a poorly performing economy that continues to hold the possibility of igniting old fires.