FICTION | We were too much of what couldn’t be controlled. 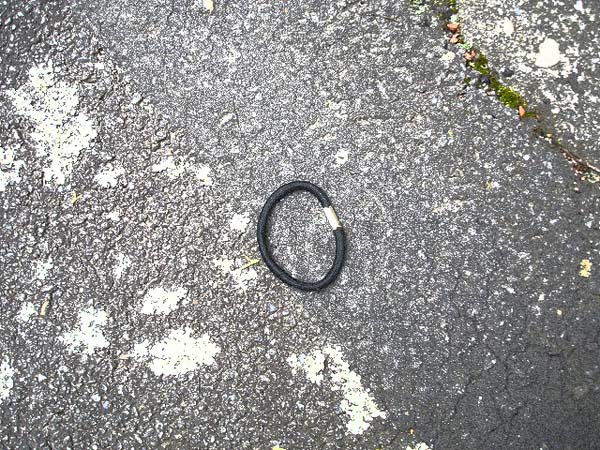 One of us was always pulled aside for wearing the wrong hair tie or for having too much kajal on. Best practices. “What will you do when you work in an office?” they said. We had to be disciplined.

I don’t think they understood that they, too, had been coopted into a system that worked against them. I don’t think they recognised the cycle they were working tirelessly to recreate. Machines. Siphons for external power.

They checked our socks during assembly. Socks and belts. One by one, we would line up for inspection, waiting for them to mark us good or bad. I never knew where I would fall. Why was there no moment of rebellion? Why didn’t we yell and writhe?

There was always one of those –  an outlier who couldn’t be lassoed back into the machine. Zaira was ours. Always looking for a fight, always ready to be loud. She was the first one of us to go on a trip alone. She bought a bike, just got up and left. Five days in the hills. She told us about the dogs, the blatantly ethnicised souvenir stalls, the utter peace she felt biking through forest upon forest alone.

We listened enviously as she spewed clichés.

We all tried it after that, our own mini rebellions. We got tattoos, hung out with guys, wore politicised outfits we knew we would be told to change. It was a moment of hope. Trips to Goa, parties at Hauz Khas Village, smoking outside bars we wanted to like. The small rebellions eventually gave way to a muted acquiescence. Job offers with exorbitant salaries from MNCs validated our belief that we had escaped the marriage trap. We really believed we were free. We didn’t know it was our minds they had chained.

In one of those twists of fate that we should have seen coming, Zaira became the first to get married. She was the one most capable of upheaval, the one most necessary to be tamed. They dressed her in a lovely lehenga of red and gold; they drew mehendi on her hands. She told us that she finally had what her whole life had been leading up to, told us of the lavish reception and the honeymoon in Bangkok.

We listened enviously as she spewed clichés.

I haven’t talked to my dad for three years now. He doesn’t visit over the holidays; he didn’t congratulate me when my first film came out. I was never the one that they thought would escape; all I did was wear coloured hair ties. I went to the hills for a retreat last weekend. Last year, I bought myself a house. My mom called to tell me she was proud; I didn’t want to pick up the phone.

I swallow and do it anyway. It’s hard to imagine not hearing her voice. I miss them. I miss clichés of the life I had. I wish they wanted me home.

Creativity is a gesture towards escape; it was my out. Smuggled scripts, nights of unadulterated angst pushed the bird out of the nest. The determination of a crusader led me to the life I dreamed of: film school in the States, artist residencies designed to extend my visa to its limit and, at the pinnacle of it all, my first film. Obscure, arthouse, it had all the makings of a failure. Yet, pushed to the crest by a sudden wave of public fascination with the immigrant experience, the film, MY film, was suddenly a big deal.

But I was riding on clichés. There was no hypocrisy about the fact: I was exploiting the immigrant dream, juxtaposing shots of daal in big cookers with images of girls wearing palazzos, portraying women selling silver jewelry in Queens as “female entrepreneurs”. The reviewers liked it. They liked that I had “expressed my Southasian roots”. There was a self-conscious exploitation about it all: this was a film that deployed multiculturalism, and that ethic of the atomised, unrelenting, heroic individualism – the woke American dream.

Could I have helped it? I wanted to paint a picture of the immigrant experience that made us seem pleasant, entrepreneurial. I wanted Indians to be the ones they liked. So I littered my art with what they knew. But what was the story? And where was the truth?

Authority and repression. Strange solidarities forming across class divides. The Punjabi and the Andhraite bonding over postcolonial angst. Realities that I had no space for in my art. Which genre of filmmaking do they fall into? I had fallen into the trap, I had let my thirst for colonial validation – was it Fanon or Dubois? – dictate what they saw of us. And I was making a name for myself off of it.

I am caught in a liminal space. Resplendently diverse, always destabilising. I get to celebrate Eid and Thanksgiving and Diwali. I have no center. The multicultural dream; the multicultural nightmare. It makes me question the idea of roots. Did I ever have a center to begin with?

Sometimes I like to intellectualise my thoughts; rationalisation is respite. Why do I feel decentered? I am an immigrant, so my spatial presence can never align with my idea of home. Why can’t I speak my own language? I am a postcolonial subject, so decolonising my mind can only take me so far. Why do I feel guilty about leaving home? Because I put the individual over the collective; because I am too entrenched in late-capitalist notions of liberty.

The ‘academic’ in me packages the tugging sensation of loss into a jargon so rational, so coherent, I can almost convince myself it’s enough. Enough to capture the churning alternations of guilt and revelry that inhabit every hour of embodying the liminal. It is a disguise though. The glaring lack of something always oozes its way out.

That something could be home. It could be the pleasantness of waking up to chai and the convenient exploitation of a 16 year old who makes your bed for you. It could also be the feeling of having people who, instinctively, effortlessly, know the intricacies of your thriving inner cultural life.

Am I idealising home? I can’t seem to remember a time that it wasn’t fraught, that I didn’t feel limited by its apparent traditionaility. And yet it was a womb. A space for incubation, for a gentle nurturing I crave, steeped in all the resplendence of Western modernity. They don’t know what selfcare means here. It has associations with Diptyque candles and Le Labo fragrances. I think we do it better.

I’ve started to believe I’d quite like to be a Zaira. Flitting around frivolously in my angsty youth only to be roped back into the system by a ruthless, stabilising force. To have a sense of community, a societal role just by virtue of existence. Sometimes, I feel inclined to romanticise with abandon: a Big Fat Desi Wedding, loud family reunions with samosas and shayari. I could have those if I just up and left; my dad would find a way to forgive.

And yet I could never go back to that. It is certainly home but it isn’t Home. Home exists where work exists, where productivity – yes, that word – and creativity are validated. I never had that there. The cultural peculiarities that coddled my identity picked away at it, moulding me into a labourer for a system we were forever trying to escape. I couldn’t go back to black hair ties, to policing my body in service of their minds.

People like me, we exist in the and yet. It is our center, our space. It is the out that exists in our idealised worlds of nostalgia, desire, hope.

Mallika Khanna is currently an undergraduate at Trinity College, Connecticut, studying English and International Studies. She plans to continue studying cultural productions in Southasia while writing about the immigrant experience in her free time.