Inter Press Service, the award, and the Bangladesh PM. 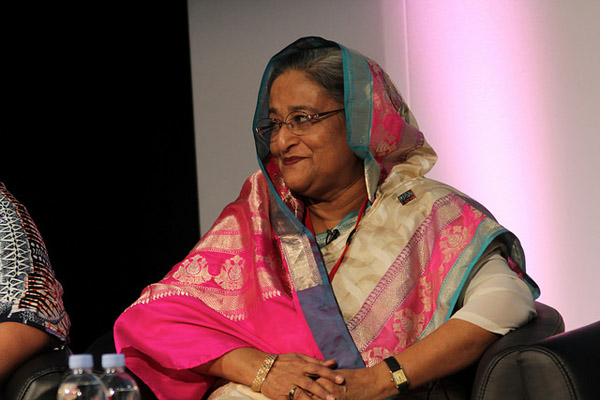 Many journalists – especially critical, independent journalists – have grown up reading and writing for Inter Press Service (IPS), which has shaped their journalism. Since its founding, IPS’s attention to the developing world – or ‘majority world’ as photojournalist Shahidul Alam says – has been revolutionary. IPS’ reporting from the perspective of the marginalised was a challenge to the status-quoist practices of mainstream journalism.

It comes as a shock, therefore, to hear that IPS plans to give the International Achievement Award to Prime Minister of Bangladesh Sheikh Hasina, who heads a government that has jailed celebrated Bangladeshi photographer and photojournalist Shahidul Alam using the Information Communication Technology (ICT) Act – which has been widely criticised for suppressing freedom of expression – and that plans to make the act even more draconian.

It is true that the IPS is not awarding Hasina for her support of journalism but for the country’s humanitarian support to Rohingya refugees. Bangladesh is richly-deserving of praise for this extraordinarily humane act at a time when countries in the region with greater wherewithal – India being a case in point – have done so little, or even threatened to evict the Rohingya from their midst.

However, it is particularly egregious for a media organisation with the reputation of IPS to be awarding a head of government at a time when a large section of the media fraternity is criticising that government for jailing a respected journalist, who has taken many risks to report on the marginalised, including the Rohingya. Alam was arrested for criticising the government’s crackdown of peaceful protests by school students and its attempts to prevent reporting, with the police attacking journalists and smashing their equipment.

IPS’s actions could be seen as tacit endorsement of Sheikh Hasina, when what is needed is continued critique of her government’s crackdown against the critical press. While the IPS might argue that the two issues are separate, one cannot compartmentalise issues and treat them as standalone silos. Journalism is all about context. IPS should know that.