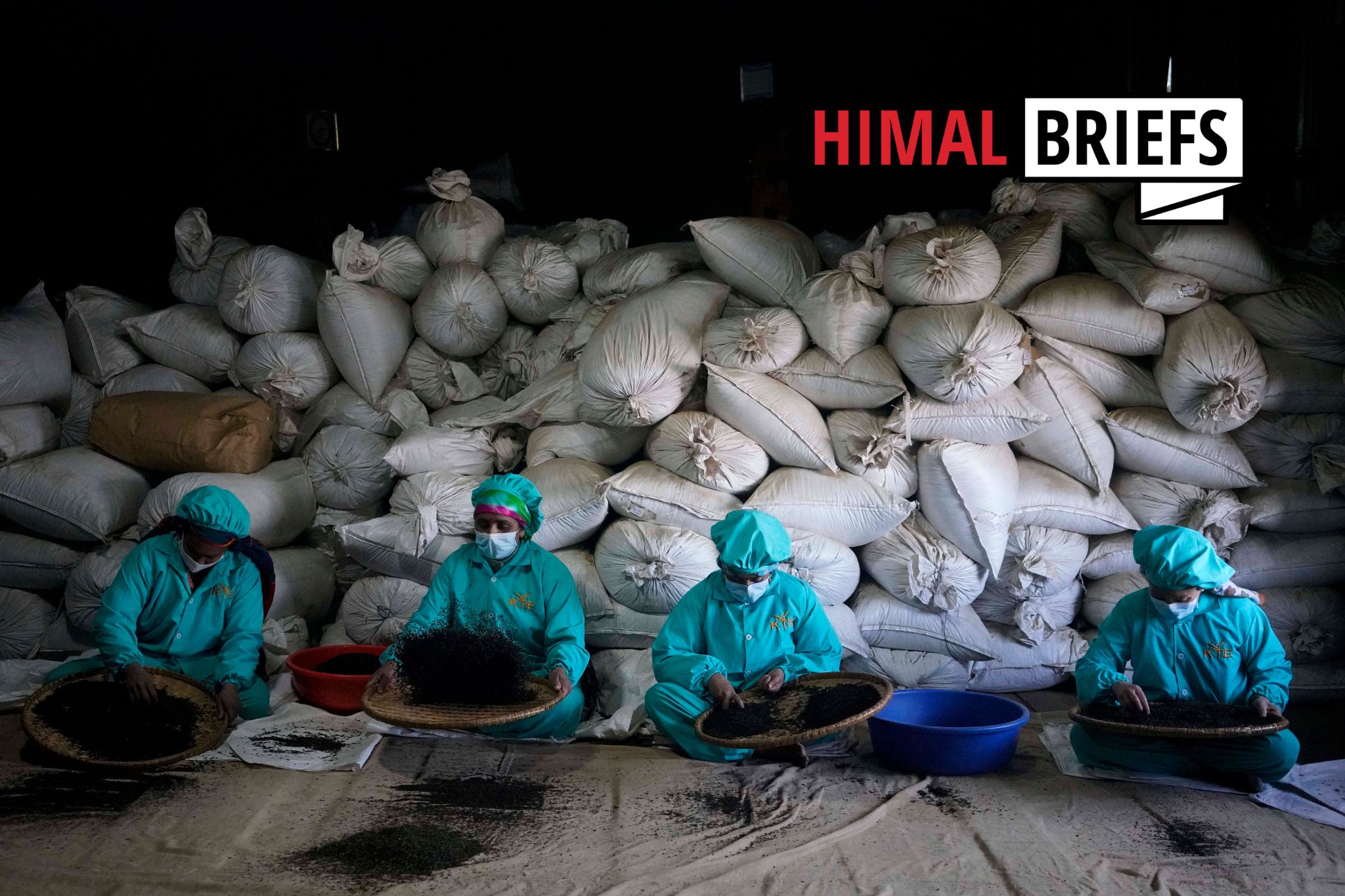 Every year, as the monsoon kicks in, there’s a feverish spurt of road-building and infrastructural development across Nepal. It has nothing to do with preparing Nepal’s notoriously accident-prone roads for the rains, but with a term that is peculiar to the country: asaare bikas. The Nepali fiscal year ends in the Hindu calendar month of Asaar (around mid-July), and since budgetary allocations under capital expenditures lapse at the end of the fiscal year, government departments rush to spend whatever they can before the fiscal year runs out.

This year, the government outdid all previous records by paying out NPR 14.72 billion (USD 116 million) to various departments on a single day in July for capital expenditure. Despite the splurge, only 57 percent of the allocated budget could be spent by the end of the fiscal year – in the first six months the figure was an astoundingly low 13 percent. One can guess what the condition of roads would be if the concerned department is spending most of its allocation in a single month.

In recent months, however, Nepal’s fiscal mismanagement has come under intense public scrutiny, courtesy a not-so-rosy picture of the economy. Ballooning import costs, due to Nepal’s weakening rupee vis-a-vis the dollar as well as a sharp rise in global inflation, have led to a sharp decline in the country’s foreign exchange reserves. There are fears – although many think it to be premature – that Nepal may head the Sri Lanka way.

By mid-May 2022, Nepal’s reserves declined to USD 9.28 billion, barely enough to pay for less than seven months of imports. Inflation has touched record levels of 8.5 percent for the fiscal year 2021-22, a 70-month high, and there are estimates it will be in double-digit figures by the end of the fiscal year. The import ban on several luxury goods – such as cars, mobile phones above USD 300, and television sets wider than 32 inches – will be extended up to the end of August 2022 to arrest the outward flow of foreign reserves. A new monetary policy intends to restrict bank credit flow and limit cash supply in the market as measures to control inflation and the ballooning import bills. The state-owned petroleum supplier, Nepal Oil Corporation, has run into a massive deficit, and faces losses of over NPR 50 billion (USD 395 million) in the previous fiscal year, partly due to a rise in global oil prices. The corporation suggested several austerity measures to reduce fuel consumption, such as operating vehicles on an odd-even basis and quotas on fuel purchase. But the government is yet to act upon these recommendations, although it did include a ban on imports of Indian FMCG products, particularly of the Kurkure variety, to reduce import costs.

While market rumours remain unsubstantiated, the recent resignation of the finance minister over allegations of arbitrary, preferential policies which advantaged certain private-sector conglomerates indicate how economic policies are made in Nepal. Janardan Sharma, the Maoist finance minister, came under fire for tweaking tax rates in the annual budget as per the suggestions of two outside lobbyists, who allegedly visited the ministry and met its senior officials on the eve of the budget announcement. Such visits are prohibited to minimise the chances of business lobbyists unfairly influencing the outcome of the budget, and to discourage any leaks ahead of the announcement. The result: among others, a tax regime that allegedly favoured electric vehicles imported by a particular business house, which also manufactures noodles (fortuitously, the import rates on palm oil, a major ingredient for noodle production, were also lowered in the budget); and a 90 percent customs exemption on imported sanitary pads (which some news reports claim would benefit an importing firm owned by Prime Minister Sher Bahadur Deuba’s son), while increasing import duties on the raw materials used by domestic sanitary-pad industry. When calls were made to release the CCTV footage that would likely have captured the lobbyists involved in the incident, the finance ministry conveniently noted that the footage had been “automatically erased”.

Nepal’s current economic woes have drawn much comparison to the beleaguered nation of Sri Lanka. While outside commentators, particularly India-based, have preferred to focus on the Chinese ‘debt trap’ narrative as a reason behind Kathmandu’s woes, such analyses say more about the commentators’ own prejudices than any facts on the ground. For, while Nepal’s debt-to-GDP ratio has touched new highs of 38 percent by mid-April 2022 due to increased spending by the government and the rupee’s sharp depreciation against the US dollar, such debt levels are not unsustainable for a developing economy which faces infrastructure deficit to begin with. Although debt levels may rise in the years to come, there are more pressing concerns Nepal must deal with first.

Where Nepal matches Sri Lanka, however, as Kathmandu-based economist Swarnim Wagle recently said, is in economic misgovernance and policy mismanagement. Beyond the former finance minister’s preferences, cronyism has been a regular feature of economic policymaking in the country. Businesspeople have regularly used their connections within the governments to create favourable tax and policy structures. Infrastructure contracts are regularly awarded to kith and kin of political leaders, who often do not deliver, or when they do, deliver unusable bridges.

What should worry Nepali policymakers is the heavy reliance on imports, which rose by 24 percent to NPR 1.92 trillion (USD 15 billion) in the last fiscal year. Nepal has always been an import-dependent country, but global supply shocks due to both the COVID-19 pandemic and the war in Ukraine have resulted in inflationary pressures that have strained the country’s coffers. In the past, increasing remittance inflows and rising tourist numbers had helped buffer the country’s growing dependence on imports, and although both are on the rise currently, their impact is yet to be felt on the larger economy, as is the reduction in global oil prices.

The import ban on luxury goods may sound ameliorative on paper, but the decision will also adversely impact government revenue collection. Import-based taxes made up nearly half of all tax revenue in fiscal year 2020-21. Post-facto calls for expanding the country’s internal manufacturing base to reduce import dependence may hold some water, but Nepal has always struggled to attract foreign direct investment, due to a policy environment inimical to foreign investors in general.

As such, while the spectre of Sri Lanka does haunt ordinary Nepalis, for whom inflation has come to bite, it may be a bit premature to order nails for the coffin. Alarm bells, however, have been ringing continuously, most recently from Bangladesh which is now seeking an International Monetary Fund bailout for balance of payment and budgetary needs. If Nepal goes down the road to economic crisis, it will be because of mismanagement and cronyism, and a longstanding neglect of economic issues by those who hold the reins to power.

Amish Raj Mulmi is the author of 'All Roads Lead North: Nepal’s Turn to China' (2021). His writings have appeared in Al Jazeera, Roads and Kingdoms, and Mint Lounge among others. He is consulting editor at Writer's Side Literary Agency. Amish covers Nepal as a regular contributor to Himal Briefs.