Skip to content
India > Nivedita Menon on the JNU attacks

Nivedita Menon on the JNU attacks 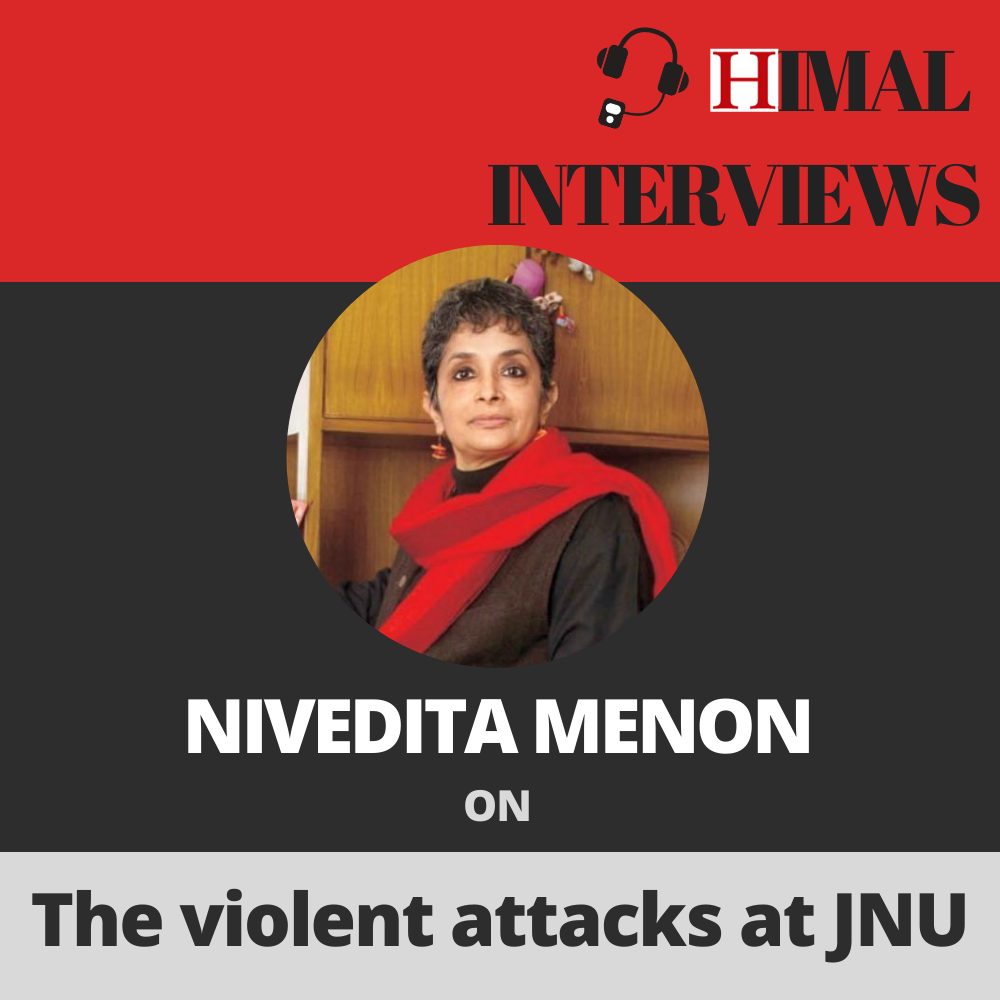 A shocking explosion of violence broke out in New Delhi’s Jawaharlal Nehru University (JNU) on Sunday night, 5 January 2020, when armed and masked groups muscled their way into the university campus, entered student’s hostels and attacked students violently with rods and stones.

The JNU Teachers’ Association and the JNU Students’ Union have both blamed the JNU administration, specifically the vice chancellor, seeking his removal. Testimony from students and teachers at the university campus has pointed to an organised attack perpetrated by activists associated with the ruling Bharatiya Janata Party and its student affiliate the Akhil Bharatiya Vidyarthi Parishad (ABVP). While the government declared there will be an inquiry into the violence, some union ministers, along with the ABVP and other rightwing formations, have already blamed the leftwing student organisations within JNU.

In this episode of Himal Interviews, our Editor Aunohita Mojumdar talks to scholar and activist Nivedita Menon, who is a Professor of Political Thought at Jawaharlal Nehru University. Menon speaks about the night of the attack, the administration’s complicity in the violence, and the possibilities of resistance.