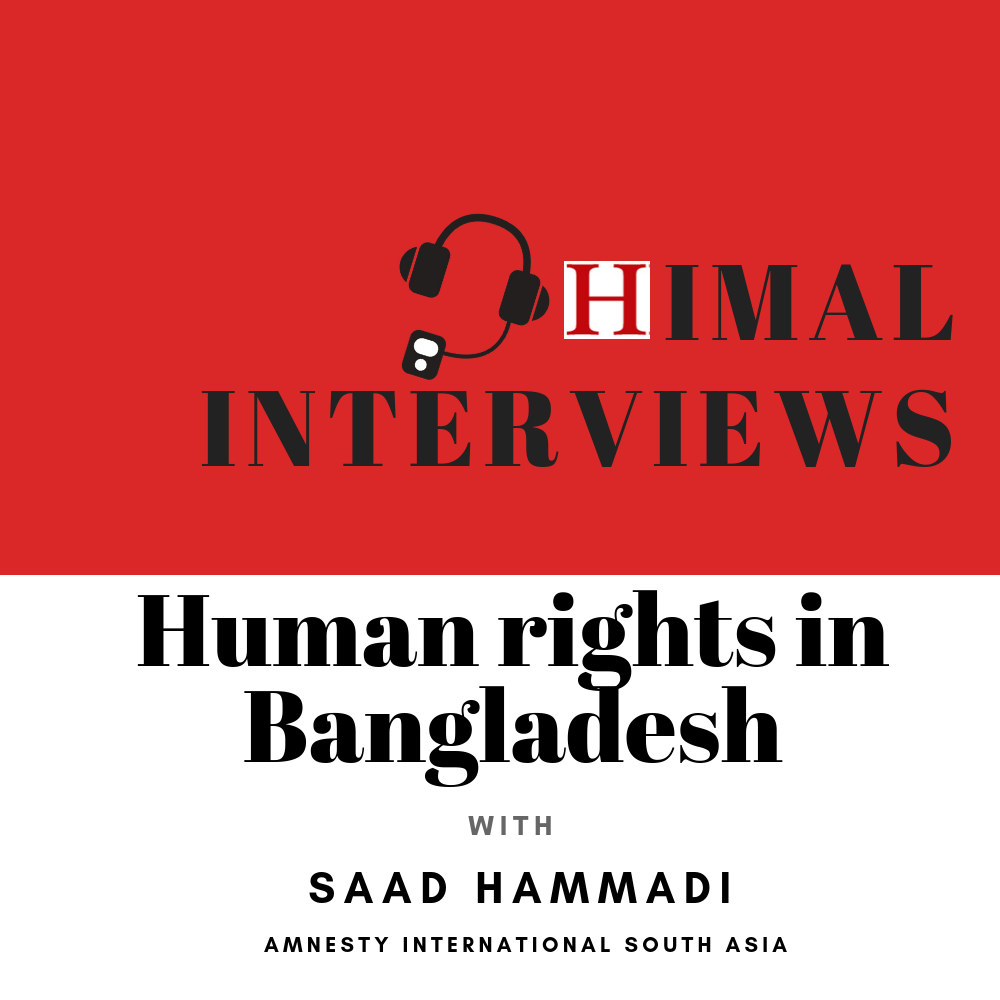 Bangladesh is scheduled to have its 11th parliamentary elections on 30 December 2018. (Read our explainer on the elections.) In the run up to the polls, we met with the South Asia campaigner for Amnesty International, Saad Hammadi, to talk about the state of human rights in Bangladesh. In this episode of ‘Himal Interviews’, Hammadi speaks to our Editor Aunohita Mojumdar about the Awami League government’s crackdown on peaceful protestors, its lethal ‘war on drugs’, and a new legislation which severely curtails free speech on the internet.

Hammadi is a contributor to Himal Southasian and was the Dhaka bureau chief for WION. His writings have appeared in the Guardian, the Washington Post and the Financial Times.

~More interviews and podcasts by us.