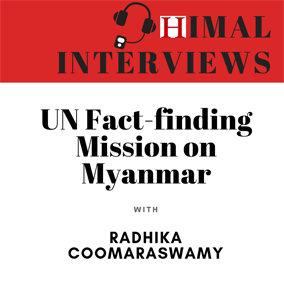 On 18 September 2018, the United Nations Independent International Fact-Finding Mission on Myanmar released its full findings detailing evidence of Myanmar army’s crimes against humanity. Building on its report of 27 August, on the Tatmadaw, the Myanmar military’s involvement in crimes against humanity, the UN report has called for investigation into the crimes that could amount to genocide, and the removal of the military from political and civilian life, and said that democratic transition in Myanmar is at a standstill. The report recommends the investigation and prosecution of Myanmar’s army chief, adding that “the Tatmadaw is the greatest impediment to Myanmar’s development as a modern democratic nation.”

Ahead of the release of the 400-page report, our editor Aunohita Mojumdar spoke with Radhika Coomaraswamy, one of the three members of the fact-finding mission. Coomaraswamy spoke about the difficulty of investigating without access to the area, the challenges on the road to prosecution, and the disappointment over the spectacular failure of an inspiring movement for democracy. 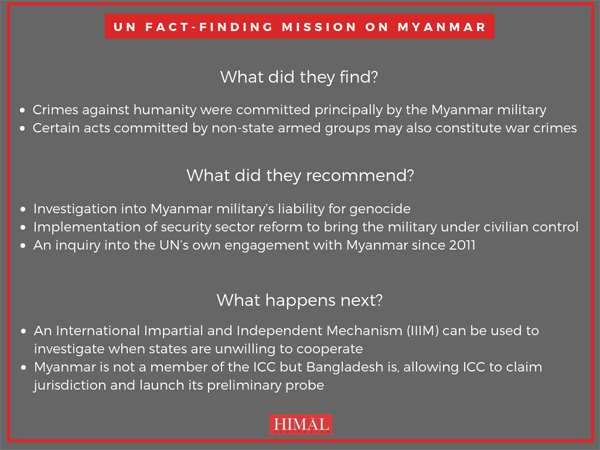 ~ Read how Myanmar’s civil society and journalists are divided over a landmark freedom-of-press case.

~ A photo essay on Rohingya refugees in Bangladesh.

Is Kerala’s pokkali the rice of the future?

Pokkali is one of the oldest rice varieties in Kerala. It became prominent for its salt-tolerant and flood-resistant properties and is now being pitched as a climate-adaptive crop