Faiz's poetry is the cherished legacy of Southasia. 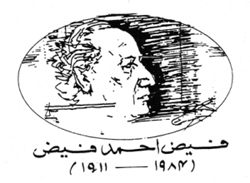 When writing about a great poet like Faiz Ahmad Faiz, it is difficult to resist the urge to quote a few of one’s favourite lines from his poems. In fact, for lovers of poetry, great poets are as diverse and unique as their poems. When we remember Faiz, we cherish everything about him – his rich and varied life, his struggles and the molten gold of the shayari which flowed from his pen, shayari which is as moving and fresh in the Internet age as it was in the years of writing by hand or with typewriters. It should be a matter of considerable pride to our generation to have seen the great man and to have heard him recite his poetry in his baritone voice.

I had the good fortune in the late 1970s to have some contact, albeit indirect, with Faiz. I was then working in the Indian foreign office, on the Middle East desk. At the time Faiz was living in Beirut. Our envoy in Beirut, also a lover of Urdu poetry, often spent time with Faiz and would share the invaluable experience with me. Faiz’s book Mere Dil Mere Musafir (My Heart, My Traveller), published some time later, contained poems written in and about Lebanon. The title poem talks of the acute melancholy of living in a strange land, describing the plight of those who, like Faiz, have been uprooted from their homes and compelled to live in strange lands.

In this land of unknown people
We have been ordained to spend our days and nights.

Written as if in a virtual dialogue with Asadullah Khan Ghalib, – borrowing several lines and the structure and rhyming pattern of Ghalib’s well-known ghazal ‘Yeh na thi hamari kismat’ (It was not so fated) – Faiz ends ‘Mere dil, mere musafir’ with Ghalib’s famous lines:

I would gladly welcome death
if it were to come but once.

Myriad hues
The sense of desolation which surrounded Faiz’s life at the time and caused him anguish is clearly expressed in ‘Mere Dil, Mere Musafir’. But when you move on from this angst and read his love poems, you get another glimpse of his multi-faceted personality. Faiz has a phenomenal range – in his idiom, in his refined phraseology, as well as in the effortless weaving-in of simple everyday words which we use in the vast region from the Brahmaputra to the Indus. All this – and imbued with a rhyme and flow that is the métier of Urdu poetry.

Faiz’s love poems gave expression to the yearnings and longings of an entire generation of those who grew up in colonial days in the charmed land of Khusro, Mir, Ghalib and Iqbal. Faiz’s metaphor was new but remained connected to the tradition of Urdu poetry. The poem, ‘Mujhse pahli si mohabbat mere mahboob na maang’ (Do not ask for the same love, my beloved) was a landmark in Urdu poetry. Sung later by Noorjahan, it became hugely popular. I was in high school when I first heard Noorjehan’s rendering of this poem and it has remained with me ever since.

In his social imagination, Faiz is in the same bracket as Pablo Neruda, but Faiz intersperses within his poetry the Southasian milieu’s legacy of a throbbing heart’s rhythm and rhyme. Numerous poets and lyricists subsequently copied and imitated Faiz. Cinema in India and Pakistan relies on a liberal dose of romance; and its songs draw from Urdu poetry’s treasures. It is a great skill indeed when the profound depth of feeling and refinement of style in Faiz’s poetry still retains the ability to become a song on everyone’s lips. Faiz has been sung, and continues to be sung, by accomplished Pakistani and Indian singers. It is a matter of immense satisfaction that thanks to them Faiz remains a poet of the masses even when pop culture tries to upstage all else.

Like his friend Neruda, Faiz too should have in all fairness received the Nobel Prize for literature. It is a pity that this genius of Urdu verse from Pakistan eluded the arbiters of literature in the West. The failure to fully appreciate his poems is also perhaps due to the incapacity of the Anglicized classes in the Subcontinent itself to fathom the rootedness, the gravitas and the lofty imagery his words evoke. The depth of his empathy for the suffering is nourished by the tradition of sants and Sufis from ancient times, but it is difficult to convey this accurately in English translation. In fact, it is not easy to get across a sense of the beauty of Faiz’s poetry in any language other than Urdu. We are lucky indeed if we can read Urdu and cherish Faiz.