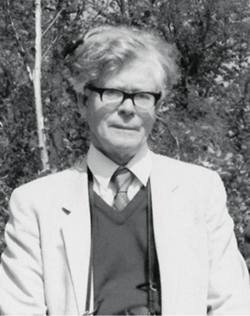 In 1938, Victor Kiernan, a young Englishman, left the confines of Trinity College, Cambridge for a journey to India. A communist since 1934, he carried notes from the Communist International to the Indian party. But this was his side mission. His primary one was to meet the dancer and activist Shanta Gandhi, whom he later married. Gandhi was a founder member of the Indian People’s Theatre Association (IPTA), and it was through her extensive contacts that Kiernan found his feet among the radical artists whom he came to cherish. Among them was Faiz Ahmed Faiz. They had communism in common, but also a love for poetry, and they remained friends till Faiz’s death in 1984.

Kiernan used his remarkable facility with language to translate Faiz’s ghazals. It was a risky venture. The tempo of Urdu poetry ‘rests on a basis too remote from that of English to be reproduced with any exactness,’ wrote Kiernan. The only way to approach Faiz’s poetry, he found out, was to absorb the sounds in Urdu. ‘We all, it is probable, hear the rhythm of verse far more with an inner ear than with the ear of sense. The best advice that can be given to a novice is to hear Urdu verse recited in the emphatically rhythmic style common in public declamation. ’

Kiernan also translated his other friend, Mohammed Iqbal, whose verse was more elaborate (Poems from Iqbal, 1955). ‘Iqbal wrote of the tribulations of the poor majestically,’ Kiernan reflected, ‘as if looked down on them from heaven; he preached revolt of downtrodden peoples, relief of downtrodden classes by wealthier men infused with Islamic fraternalism. ’ Faiz was different. His poems ‘examined poverty at close range, with its dirt and its sores, and he learned its problems in social, economic detail. ’

In 1955, People’s Publishing House published Kiernan’s first translations  of a selection from Faiz. It was an immediate success. The book, Poems by Faiz, had the Urdu text, prepared by Kiernan’s closest collaborator, Nazir Ahmed, the well-known teacher in Lahore. It also had the Urdu transliterated into English, and then two translations, one literal and the other with flourishes. The more elegant translation of ‘Mujhse pahli si mohabbat” is below:

This world knows other torments than of love,

And other happiness than a fond embrace;

Love, do not ask for my old love again.

Kiernan is right about the need to hear the rhythm. One evening, fifteen years ago, I sat with my friends Agha Shahid Ali and Tayyab Mahmud, and felt the tremors of beautiful words beat against my skin. Shahid was in full form, but so, uncharacteristically, was Tayyab. I listened, and at that moment my inner ear was in heaven. ‘Faiz has to be recited,’ Shahid kept saying, as if to imply that it was not possible to grasp the poetry in solitude, quietly.

Shahid had a magical hold on words, and he gave us his Faiz, sometimes in Urdu, sometimes in English. When Shahid was a boy, Faiz had visited his father at his house in Kashmir. So had Begum Akhtar. Shahid had a cassette of the Begum singing Faiz. It is with this tape that he bribed the exiled Faiz in Beirut to allow him to begin a new set of translations. The impetus for his translations came from a chance encounter with the American poet Naomi Lazards’s attempt at translating Faiz (The True Subject, 1987), which inspired his translations. Lazard met Faiz in Hawaii in 1979, and was taken with his verse. Faiz would give her his rough translation of a poem, and she would work on it. A decade before Aijaz Ahmad sent his versions of Ghalib to a group of leading American poets, and their collaboration was similar to what Faiz did for his own work with Lazard (the Ghalib project resulted in Aijaz Ahmad, Ghazals of Ghalib, 1972).

Shahid wrote to Faiz, asking permission to take liberties with his poems as he took them on the long journey from Urdu to English. ‘I certainly knew your father,’ Faiz wrote to him from Beirut, ‘and I am glad to have news from you. You are welcome to make your adaptations of my poems which I shall be happy to receive. Also some of your own poems and the tape or cassette of Begum Akhtar which you have kindly offered to send.’ In a style that was uniquely his own, Shahid set about translating the poems. His translations are a collaboration with Faiz, but also poems that he has truly authored.

I hope, Shahid wrote, ‘that those who know both languages will find some pleasure in my moments of literal fidelity to Faiz as well as in those moments (of fidelity, I insist) when I am unfaithful.’ Shahid followed Kiernan’s insistence on the importance of the sounds of Urdu, and in the magic of the imagery. The Rebel’s Silhouette was published in 1991. The imagery in Urdu poetry drew its sustenance, as Faiz put it, ‘from the storehouse of classical tradition’. The point was to draw from this storehouse, not to be imprisoned by it. ‘Farhad of the Persian legend becomes the working class of today,’ Faiz wrote, ‘and Laila of the Arabian Desert the goddess of liberation. The ghazal is a chameleon, mashuq-i-hazar in the Persian phrase, a beauty with a thousand wiles.’ It continues to flourish because of the one quality which is necessary for the survival of the fittest: adaptability to changing environments. This is why Faiz was open to Shahid’s ‘adaptations’. But Shahid could also be rigorous. Here is his version of the same stanza (as above) from ‘Mujhse pehli si muhabbat’:

There are other sorrows in this world, comforts other than love.

Don’t ask me, my love, for that love again.