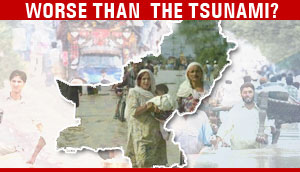 This is a fund opened in Kathmandu for those all over Southasia and elsewhere seeking to support the immediate, ongoing relief efforts in Pakistan. Please avail this facility to send money to the victims of flood along the Indus. See below for fund transfer details.

No administrative charge will be applied to your support, every paise will be transferred to ISM PAK for benefit of the flood victims. Let us know if you would prefer to remain anonymous as a supporter.

(Please email us if you would like to use another method of transfer or if you have queries.)

Indus Calamity: The flood of 2010 — We invite you to a talk programme to discuss the Indus Flood of 2010 – the causes, the human and environmental impact, and the relief and recovery. Details here.

Himal Southasian is consolidating data to assist in the coordination of relief efforts. Please email details (of flood relief efforts, material needed, statistics) to us.

Hydrographs and details from flood-affected areas on Dave's Landslide Blog.

Huma Beg's documentary on the IDPs of Thatta district. 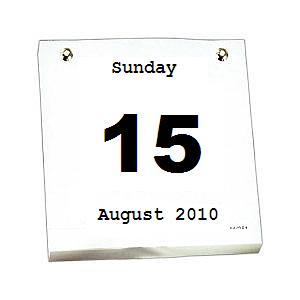 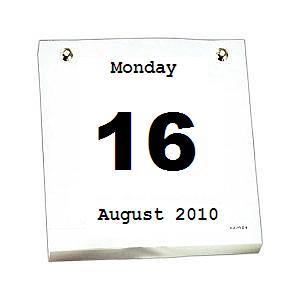 Camps in Karachi for flood victims:

The Sindh government has decided to move displaced people from Jacobabad to Karachi, Hyderabad and Jamshoro. The City District Government Karachi (local government) has identified four locations in Karachi where the displaced families will be brought in: Gaddap, Bin Qasim Town, Keamari, Toll Plaza.

Kashmore and Dadu are the worst effected districts. In Kashmore, 50000 people are either on Bunds or in camps. Around 150000 people have been moved to Sukkur, Khairpur, Karachi, Hyderabad and Sibi (Balochistan). More than 200000 people have been affected in Dadu, out of which more than 90000 are in vulnerable conditions. Around 60000 people are on Bunds, roads and in camps. Radhan, a historic city of 50000 people, has been evacuated; the cities of Shah Panjo and Seeta, also in Dadu, with a collective population of 70000 are on the verge of flooding.
Updates as of 15 August 2010
Kashmore district
Tehsil Kandhkot

Eight UCs in Ghotki tehsil and three in Ubavro tehsil have been affected.

Number of people in camps (as of 7 August 2010): 2133
Expected number of people affected people: 20582
Khairpur district
The flood crosses four tehsils in Khairpr-Mirs.

Matiari district
17 camps have been installed in various villages.

For a general idea of the basic requirements, please take a look at the relief kit guide on Dharti wikispace.

Google Crisis Response for Pakistan floods.
The people affected by the floods would also need

Following is a list of organisations working towards flood relief. None of them are affiliated with or endorsed by Himal Southasian.

The Provincial Disaster Management Authority (Pakistan government) needs atleast 40,000 bags of food items (including a bottle of drinking water) per day. The bags should not weigh more than 5 kg each. If these could be made available to the PDMA office in Sukkur, they can be airlifted to Kashmore and other areas where people are stranded.

Also, there is a need for medical assistance and boat transport facilities in upper Sindh, D. I .Khan and Swat.

Gender Interactive Alliance (GIA) activists are trying to arrange food and shelter for trans-sexual affectees of the floods. GIA head, Bindya Rana, has managed to make arrangements for 25 people from Sindh and Punjab at houses in her area, including her own, in Karachi. The group has food rations for three days and needs more. Contact Bindiya Rana at: +92-343-244-76-49.

The Orangi Pilot Project (OPP), founded by Akhtar Hameed Khan, and The institute for Social Movements, Pakistan (ISM-Pak) are organising medical relief initially in Ghotki, Kashmor, Shikarpur, Khairpur and Mirpurkhas. Milk for babies and children, fodder and medicines for livestock, and makeshift toilet curtains for women sitting on the roadsides, along bunds and in the open-air have been planned and will be supplied very soon. In the second phase, OPP and ISM-Pak, with the support of several local organisations, will plan relief operations in Dadu, Nuashehro, Nawabshah, Matiari, Jamshoro, Hyderabad, Tando Mohammad Khan and Thatta. Both organisations are also working as point teams for food supply to IDPs, along with many minor and major organisations , including Edhi foundation, which are engaged in relief and rescue work. Contact details: C-25, Data nagar, Qasimabad, Hyderabad-71000 / Phone: +92-22-265-49-05 / Fax: +92-22-265-46-05 / Mobile: +92-333-464-88-81.  Account details: The Institute for Social Movements Pakistan, NIB Bank (New Cloth Market Branch), account number 0103–8729492.

The American Pakistan Foundation (APF) is involved in a fundraising drive in the US in partnership with IRC, Relief International and Save the Children. Contact: akhan@americanpakistan.org

Kashf Foundation will be distributing relief packages to 10,000 households in the most affected areas. Given Kashf Foundation’s focus on provide sustainable livelihoods, the next phase of rehabilitation will involve support through access to financial services so that affected households can rebuild their income streams. To make a donation, contact CEO Roshaneh Zafar via her assistant at fatima.raja@kashf.org.

Thardeep Rural Development Program (TRDP) is providing food and water to homeless and desperate people in Dadu and Jamshoro, who have fled their homes due to the worst floods in over 80 years. An estimated 150,000 people have been affected in these two districts. More flooding
rains are expected, affecting all of Dadu and half of Jamshoro districts.

TRPD is working in the worst affected UCs of Dadu (Patt Sharif and Sayyal) and Jamshoro (Amri, Lakha, Sunn, Manjhand and Mnzurabad).

TRDP appeals to the public for cash donations to scale up critical humanitarian assistance. In Dadu and Jamshoro districts, young and old are running to safer grounds, leaving their homes at the mercy of flood waters. There is no place to go other than higher ground and in a few places, camps set up by the government. People are desperate. There is no shelter, no potable water, very little food and since there are no latrines or other sanitation, conditions are ripe for water-born diseases and respiratory infections – the two main killers of children under 5 years.

TRDP plans to help 5,000 families in the coming 2 months to meet their most immediate and critical needs for food and water and needs to raise Rs 100 million. Your contribution of Rs 20,000 will provide a family of 8 for two months: – Food and safe drinking water; – Plastic sheeting for temporary shelter (one time); – Hygiene kit; – Medicine and fodder for livestock.

The long wait for justice

On the chronic failures of criminal justice in Sri Lanka.

One year after the revocation of Article 370 in Jammu and Kashmir, a selection of articles on the region.

A brief history of English-literature exams in contemporary India.

A special podcast with the editors of Himal