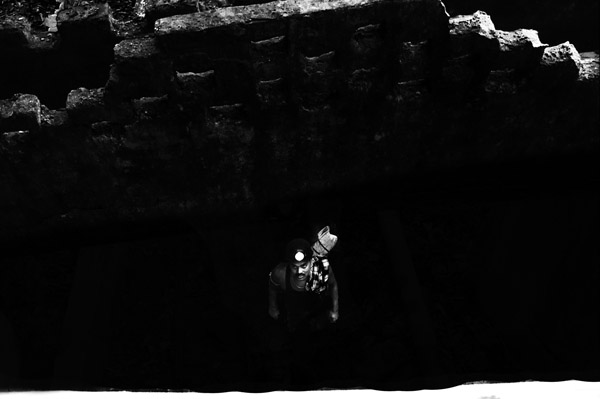 An underground mine in Khudia belonging to Eastern Coalfields. Jharkhand, India. July 2017.

India is currently the third largest producer of coal in the world. According to the country’s Central Electricity Authority, there is enough coal being mined at present to keep power plants running till 2022.

Under the Paris Agreement – a United Nations framework on tackling climate change – which India has signed and ratified, the country agreed to limit fossil fuels to 40 percent of its overall energy usage by 2030. At present, fossil fuels make up over 70 percent of India’s energy usage, and the country continues to expand its coal-powered electric grid. The government claims that such expansion is necessary for India’s development needs, arguing that developed countries must bear a greater share of the cost of transition to clean energy.

However, India’s argument for improving the lives of its citizens through fossil-fuel-powered development is in stark contrast to the actual working and living conditions of thousands of rural migrant workers toiling in and around India’s open-cast mines where the ground is excavated for ore. Jobs in the mining sector often pay minimum wage only, and as the industry hits critical mass, batches after batches of workers are laid off at whim, leaving many to scavenge for scraps to sell.

These photographs, taken between 2015 and 2017 across industrial sites in the states of Jharkhand and West Bengal, seek to expose the underbelly of this development: the exploitation and disposability of the workers, in juxtaposition with vast expanses of land scarred by open-cast mines.

Abhishek Basu is as a freelance photographer and works for various publishing houses on experimental storytelling techniques, book design, curation and multimedia. In 2017, he received a scholarship from burn magazine to attend a workshop in Puerto Rico with Magnum photographer David Alan Harvey. He is currently working on a book titled Ellipsis.