Afghanistan's elections went on and on, but offered more questions than answers. 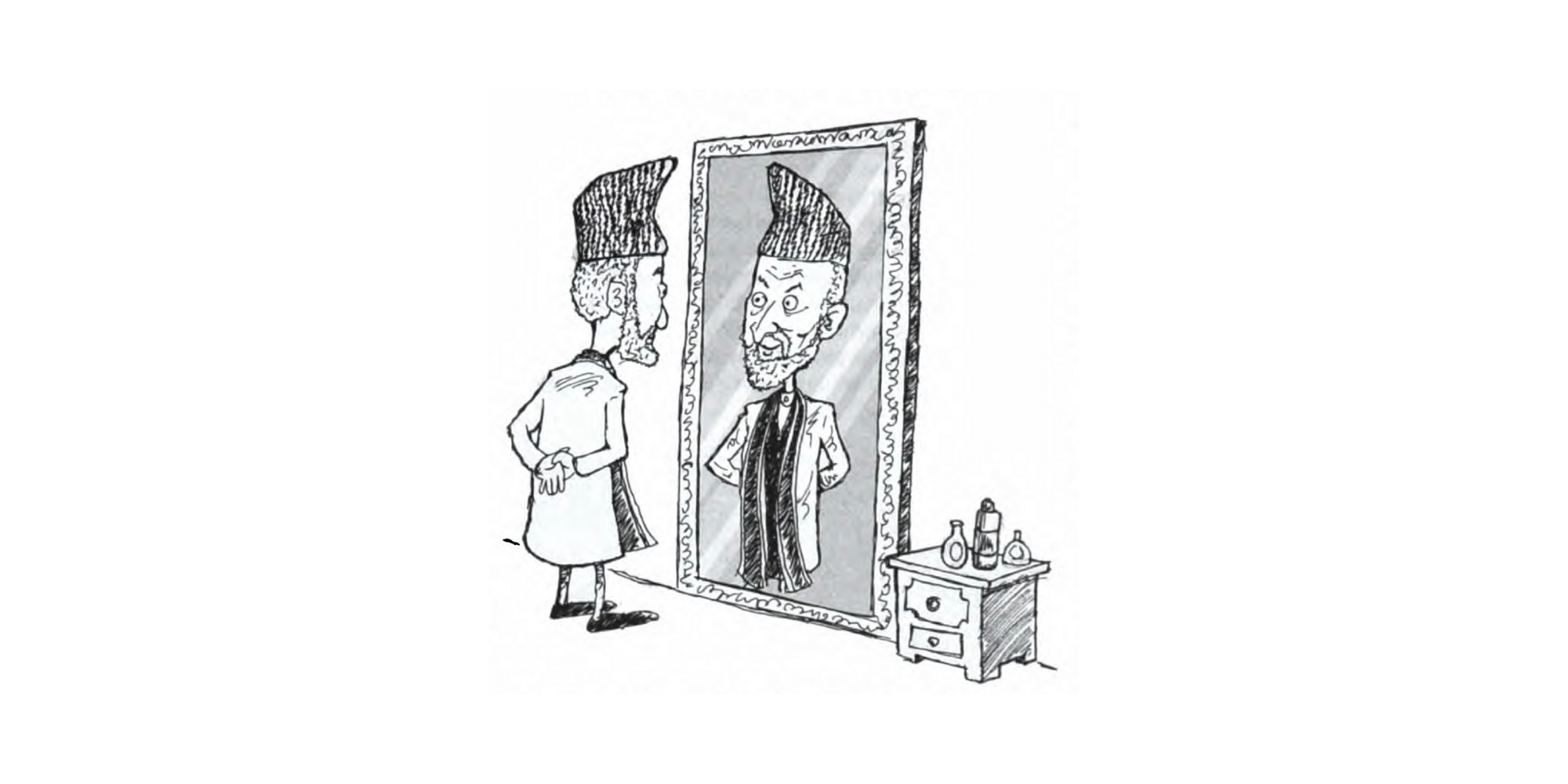 “It ain’t over till the fat lady sings,” was the refrain of a veteran journalist, one of many who descended on Kabul like a flock of migratory birds to cover Afghanistan’s 2009 presidential elections, which stretched from August through early November. It was one of several visits that this particular journalist had made in the course of those three months, marred by fraud, cover-ups, manipulations and negotiations, and the scribe had just stepped out of a press conference in which the Independent Election Commission Chairman, Azizullah Lodin, had declared the election of President Hamid Karzai. The question that begged an answer was: Who exactly was the fat lady?

Was it the Independent Election Commission (IEC)? Or the Electoral Complaints Commission (ECC), which has had occasion to lock horns with the IEC? The United Nations, which had an internal meltdown related to the elections? The Western countries dominating the international allies of Afghanistan – or the US alone? Or perhaps it was the main contender, Abdullah Abdullah? In fact, the proverbial fat lady has metamorphosed and mutated into various forms even as differing, and often contending, interests (within and outside Afghanistan) have shadow-boxed against the backdrop of Afghanistan’s electoral exercise.

A year earlier, the elections were being projected as an opportunity of change that would bring hope to millions of Afghans disenchanted by the lacklustre pace of development and deteriorating security. As it became clear that there was no real contender to Karzai, the rationale for the elections changed, becoming a ‘constitutional requirement’ that would allow Afghans to express themselves. For the international community, it became a much-needed step that would justify their engagement in an increasingly unpopular venture.

Yet as the process moved closer to the polling date, it became clear that the conduct of elections was likely to be severely compromised by the lack of security in large parts of the country, and the failure to establish stable processes and institutions overseeing the elections. While a vigorous election campaign saw a spurt of zeal amongst candidates, voters and the international community alike, early reports of widespread fraud on polling day soon demolished enthusiasm, turning the elections into a tug of war between various powerful interests. As the waters got increasingly muddied, the premise of the elections changed from one about voters to one about deals between contending interests.

The final announcement by the IEC of Karzai as the winner followed a series of convoluted twists and turns, and ultimately left more questions than answers. Though the pro-Karzai IEC bowed to international pressure and invalidated over a million votes for the incumbent president, it also set an unhealthy precedent with the selective application of the decisions of the Complaints Commission, thus flouting the electoral law. In addition, it accorded to itself the power to declare a candidate elected despite the absence of an over-50-percent majority as required by law, rather than referring this grey legal area to judicial interpretation. Yet rather than taking a nuanced position on the flaws of the elections, the international community (including the US president and the UN secretary-general) have endorsed the actions of the IEC – going so far as to laud the Commission for upholding the rule of law and the Constitution.

Schisms everywhere
The murkiness surrounding the final phase of the election has left a lasting impression of the Karzai government’s lack of legitimacy, which is taking place at a very dangerous moment in Afghanistan’s fragile security situation. In the absence of a robust and credible state structure around which the people could rally, they are likely to drift towards the armed opposition for a variety of reasons, ranging from disenchantment and alienation to fear and the need for safety.

The election exercise also drew to a close with the international community more visibly fractured than at any time since 2001 on the issue of how to deal with Afghanistan. The UN experienced unprecedented crisis as a result of the bitter fallout between its top man in Afghanistan, Kai Eide, and his deputy, Peter Galbraith. The organisation has found it difficult to recover from the episode. This disarray was compounded by the unprecedented and deliberate brutality on the UN residential compound, where the Taliban slaughtered aid workers in their beds, hunting them down as they tried to escape and mowing down anyone else in the way. Relocation and expatriation of hundreds of UN workers and the continuing lack of political direction has now created both insularity and a siege mentality within the UN. Recovering from this will take resources and leadership, both of which are in short supply; and the expectations on the ground are of a much more muted, restricted and contracted UN presence in Afghanistan for the foreseeable future.

There are also deep divisions within the larger international community on the political, military and development approach required to deal with the deteriorating situation. While President Barack Obama’s drawn-out deliberations on the number of troops he will deploy to Afghanistan may come to an end by the time this magazine hits newsstands, that debate is symptomatic of a much larger and deeper malaise: the lack of clarity and coherence in the goals of the international community on Afghanistan. Constantly shifting goalposts and calling for exit strategies are compounded by the inability to look beyond short-term measures. Yet another ‘conference’ and ‘compact’ are now on the anvil as a response to the urgent crisis. What is certain is that the elections have resulted in a deep schism between the international community and the Kabul government. Anti-foreigner rhetoric is being used deliberately by a section of Afghanistan’s polity to paper over its own shortcomings, a tendency that is likely to grow in the coming months as the political crisis deepens, which is bound to happen.

Amongst the issues that lie ahead in the next few weeks and months is the matter of talks with the Taliban. For now, the discussions have remained very vague, with a host of critical questions remaining unanswered. Who will the Afghan government negotiate with, for instance, and who will be outside the pale? How much pressure will the international community bring to bear for a reconciliation deal? Other uncertainties include speculation on whether the fighting will intensify with increased number of troops deployed by the Western countries? How many warlords who rely on money and muscle power will be accommodated in the government? How will the issue of the massive corruption that is eating at the state institutions be curbed? Will the increasing conservatism of the Kabul establishment be accommodated further in the polity? How will anti-foreigner hostility be played out in the cities and villages of Afghanistan? How long will the Karzai government be able to last with the multiple pressures and a weaker president?

The inaugural speech by President Karzai on 19 November did not yield much of a sense of hope on these issues, lacking both eloquence and a broad vision for the next five years. Delivered in front of an audience that had many international dignitaries – including President Asif Ali Zardari, US Secretary of State Hillary Clinton, Iranian Vice-President Mohammad Reza Rahimi and an assortment of foreign ministers – President Karzai appeared embattled, and his speech was little more than a list of issues that appeared to be reactions to the different pressures on him.

Stronger opposition
Indeed, while the elections have left President Karzai more enfeebled despite being reaffirmed as president for a third term (the first being when he was selected by the Loya Jirga to head the transitional government between 2001 and 2004; the second, his election in 2004), it did throw up a stronger opposition that coalesced around the main electoral contender, Abdullah Abdullah (see accompanying interview). Despite losing at the hustings, the elections have enabled Abdullah’s return from the political wilderness to which he had been thrust following his unceremonious removal from the position of foreign minister by President Karzai in 2006.

Abdullah, a smart and astute politician, stepped out of the election process at a point designed to give him maximum political leverage. While Afghanistan’s political system, which concentrates all power in the presidency, limits his ability to participate in governance at the moment, he currently wields sufficient influence to shape future political events. While some among his political group are itching to assume positions of authority, Abdullah has publicly maintained that he would like to introduce political reform that would strengthen institutions and democratise power.

Abdullah’s ability to do so will depend largely on his ability to shape the opposition – especially within Parliament, which nurses an animus against the government for restricting its authority and powers with the government’s refusal to accept some of the parliamentary decisions. Though the Parliament has been too enfeebled to take constructive action, it can block the government effectively, especially if President Karzai wishes to appoint new ministers and new legislation, as he has promised, since both require parliamentary approval. While the first potential confrontations will occur in the next few weeks, parliamentary elections next year could give Abdullah a chance to rally an opposition around himself. Until now, however, his political bloc is a loose confederation of interests, rather than a political party with a clear agenda; further, the ban on the participation of political parties in the elections makes it difficult for any political formation to strengthen itself.

In the weeks after the declaration of Karzai as the winner, one thing that has become assured is that the uncertainty that accompanied the electoral process will continue long after the elections. The stability of the Karzai government remains in question, as does the commitment or direction of the international community. This leaves ordinary Afghans confused, after an electoral exercise that was supposed to deliver stability. However, such unpredictability is not new to Afghans. A new report by Oxfam documents Afghans talking about the experience of the last three decades of conflict. An astounding 76 percent of respondents said they had been forced to leave their homes, many of them several times, while 43 percent said they had had property destroyed during the war. The recent National Risk and Vulnerability Assessment by Kabul’s Central Statistical Organisation reveals that nine million Afghans, estimated at 36 percent of the population, are still unable to meet their basic needs. Both of these reports underline the unrelenting violence and its costs – a price that has been borne by ordinary Afghans, notwithstanding the transitions in political power.

Aunohita Mojumdar is the former Editor of Himal Southasian.