Skip to content
Crossborder > Now the loyal are being butchered

Now the loyal are being butchered

Caught in a crossfire, a poet from Kashmir loses 30 years of his work. 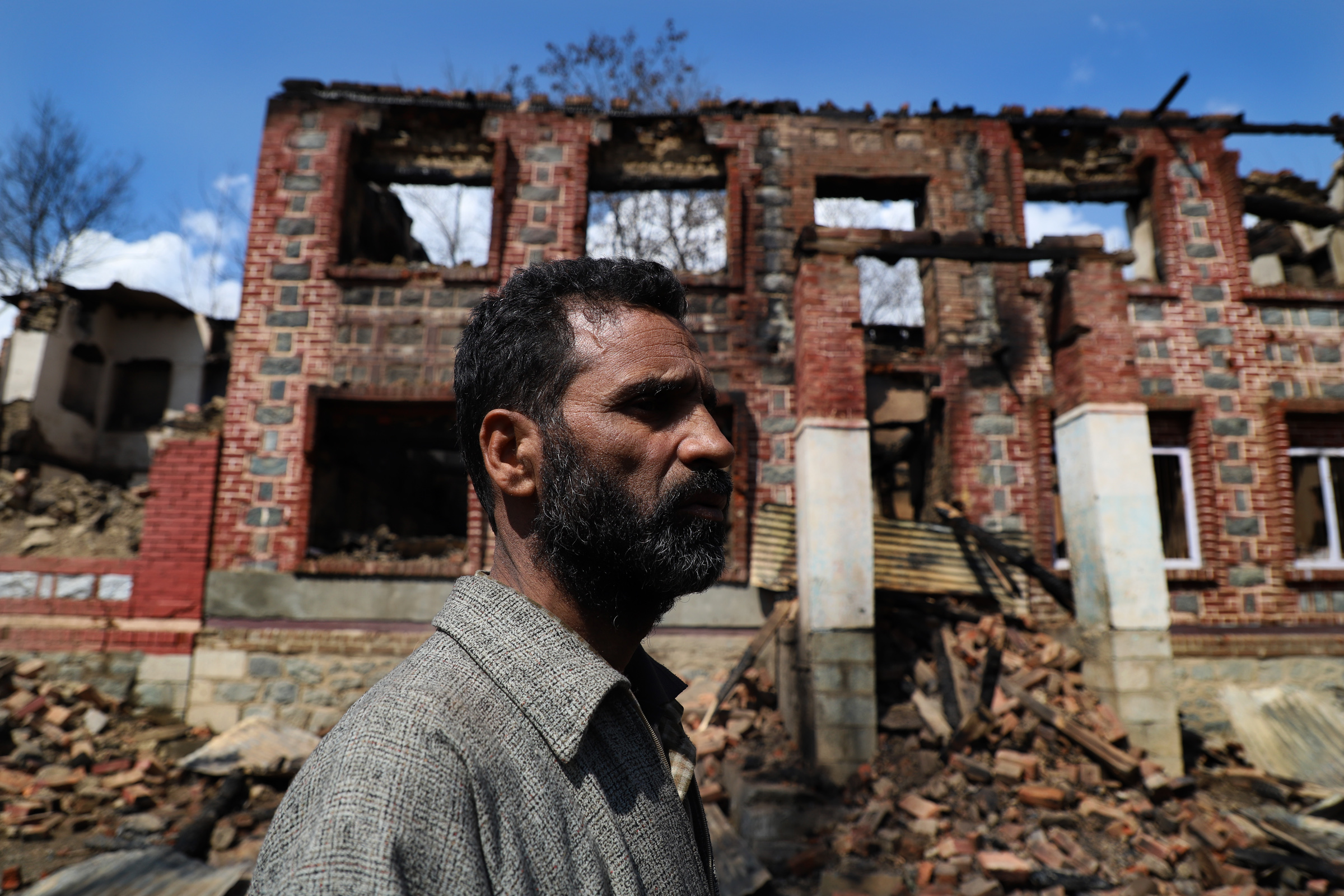 All images by Syed Shahriyar

“Kis nay dekha apna ghar jalta huwa; who has watched their house on fire,” laments Kashmiri poet Ghulam Mohammad Bhat, squatting over the rubble that was once his home. The serene landscape on the hillock is scarred by plumes of smoke emerging from the rubble. “Dunya walo nay toh dekhi roshni; the world only saw the light.”

On 15 March 2018, Bhat, better known as Madhosh Balhami, was sitting on his front porch when three militants rushed into his home in the village of Balhama, ten kilometres south of Srinagar. They were on the run from Indian security forces, having just fired at the security officer of a Bharatiya Janatha Party leader in the vicinity.

The militants, recalls Bhat, directed him to leave his house, as the chasing security forces had laid a cordon and a gunfight was about to ensue. Barely 15 minutes after he stepped out, the gunfight began, and went on till two in the morning. Bhat’s house was reduced to rubble, 30 years of literary work burnt to ashes. Three other houses in the village, besides Bhat’s, were destroyed. All three militants were eventually killed in the clash.

On one of the pillars of his home that still stood after the gunfight, Bhat writes an Urdu couplet with a piece of charcoal from the rubble:

This, he says, is the answer to those who came to console him.

Three days after the encounter, the local Shia community organised a mourning congregation memorialising Karbala, an important part of their faith, when the grandson of Prophet Muhammad was killed. The mourners symbolically equated the gunfight at the poet’s house with Karbala.

Now, Bhat says, his 55-year-old house has become a shrine to his memory:

A shrine for his poetry and a graveyard for the three young men. In the rubble, Bhat reaches for a cupboard in a partly standing wall. In this corner of the house, Bhat spent long hours of his youth, contemplating and writing. Today, he can’t seem to find anything; his hands burn as he rummages through the still hot rubble. From his pockets he takes out pieces of poetry that have miraculously survived the blaze. Bhat scatters the pages on the rubble and searches for a couplet that will do justice to his current predicament. 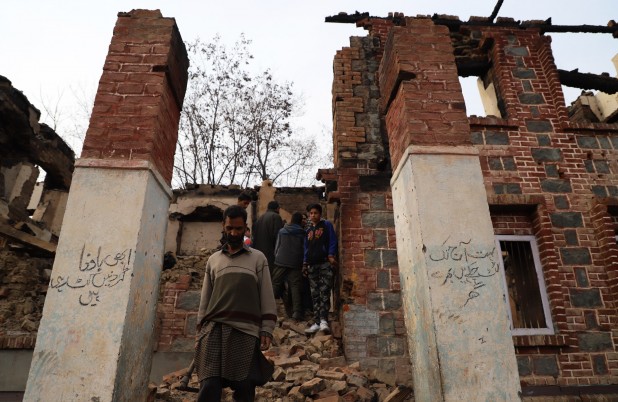 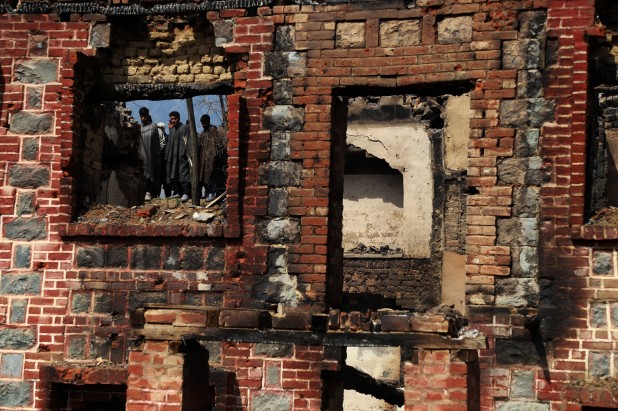 Syed Shahriyar is an independent photographer and multimedia Journalist based in Kashmir. His work has been featured in TIME, the Guardian, the Herald, The Quint, and The Wire, among others. His photography has also appeared in Witness: Kashmir 1986—2016 / Nine Photographers, featured in the New York Times among the best photobooks of 2017. You can find his Instagram page at @syed_shahriyar or follow him on Twitter at @shahriyarsyed1.