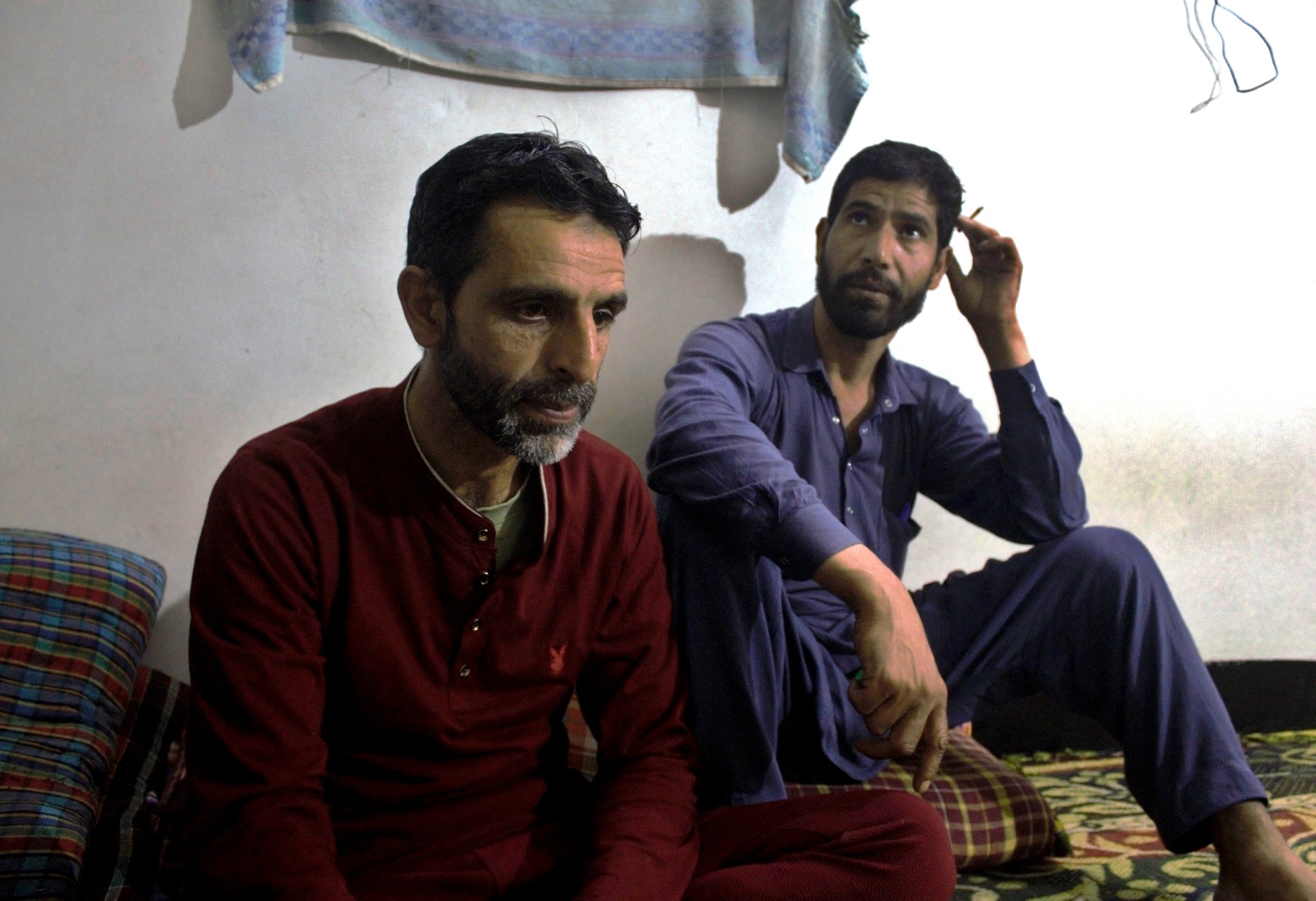 A Guwahati midwinter in hope and warmth.

On a cold January morning this year, I walked into a building in Islampur – a neighbourhood in Assam’s Guwahati that has been home to Kashmiri merchants or shawl wallahs (as they refer themselves) for the past three months. A few were fresh out of bed while others were having their breakfast – rice, daal and vegetables – the heaviest meal of their day. The men immediately scrambled to prepare namkeen chai, a pink concoction of green tea, milk and salt, for their azeez dost, their fond reference to me.

As I settled down with a cup, Hilal Ahmed, one of the thirteen men cohabiting together, sat beside me and proceeded to share his lament on global warming; the stunted growth of walnut trees in his orchard back home in Pahalgam, a town in Jammu and Kashmir; the rapid rise in populations; and the perceived lack of empathy among people.

Along with the dip in temperatures and the milder intensity of sunlight, the sight of Kashmiri shawl wallahs walking around the gateway city of the Northeast trying to sell their wares, is a typical sign of the onset of winters. But with worsening climatic conditions and rising global average temperatures, the fears of Nazir, Hilal and the rest of the merchants might become a consequent reality – the disappearance of the familiar Kashmiri shawl wallah from the streets of Guwahati.

Nazir Ahmed, another cohabitant, paused while packing his wares and responded, “Today is colder than the rest of the days but what use is it for us? Who’ll buy woolens now? I’ve been coming to Guwahati for over a decade, and the winters have kept getting warmer every year. Who knows if we’ll come over next year.”

Adil Ahmed, the 22-year-old responsible for introducing me to his group, walked in and gestured for us to be on our way to meet his favorite customer – Manjiri didi, a resident of Chandmari, Guwahati, whom he has known for the past seven years.

On our way out, I asked Adil how he got introduced to the business of selling Kashmiri woolens in a city far removed from his immediate reality – both culturally and politically. “Bhaijaan, back in the early 1990s one of the elders in our neighborhood, Abdullah Qazi, came across a tourist wearing a jacket that read ‘I love Guwahati’ while he was tending a small fruit kiosk,” Adil recalled. When Qazi struck a conversation with the man donning the jacket, he realised that it was a distant city that lay outside his universe. But he sensed the potential for business during winters when the orchards would be covered with snow. That was how he began making annual trips to Guwahati to sell woolens. Over time Qazi managed to encourage other men in their neighborhood to make the trip, including Adil and his elder brother. “Qazi passed away during quarantine. May Allah bless his soul,” Adil sighed.

When I asked Adil and Sajad if they liked Guwahati, they responded with a resounding yes. However, a few older men were far less enthusiastic about the city and the region. “It might come as a surprise coming from a Kashmiri, but Assam is still lagging behind the rest of India economically as well as politically. There are so many protocols one has to follow to procure a SIM card for instance, yet it takes almost a week for it to get activated! Which other state has so many protocols? Aren’t we all Indians?” one of them said while the others nodded silently. As the rhetoric about nationality reverberated, I tried to ask about the repeal of Article 370 and their thoughts on the protest against the Citizenship Amendment Act that swept across the country over a year back. But awkward smiles ensued.

The men were hopeful that their business would not be under threat anytime soon. Despite the abrogation of Article 370 and a global pandemic, which has been detrimental to a number of small businesses, they were able to travel to Guwahati.

As the time came for me to leave they offered me another cup of namkeen chai. “Akou aahiba!; Do visit again!” Adil told me in Assamese as he shook my hands.

Brishbhanu Baruah is an alumnus of FTII, Pune. He’s a filmmaker and photographer interested in personal narratives with an interplay between history and memory. His films have been presented in TENT Biennale- Kolkata, One Shot Terrassa City of Film and Lightcube.