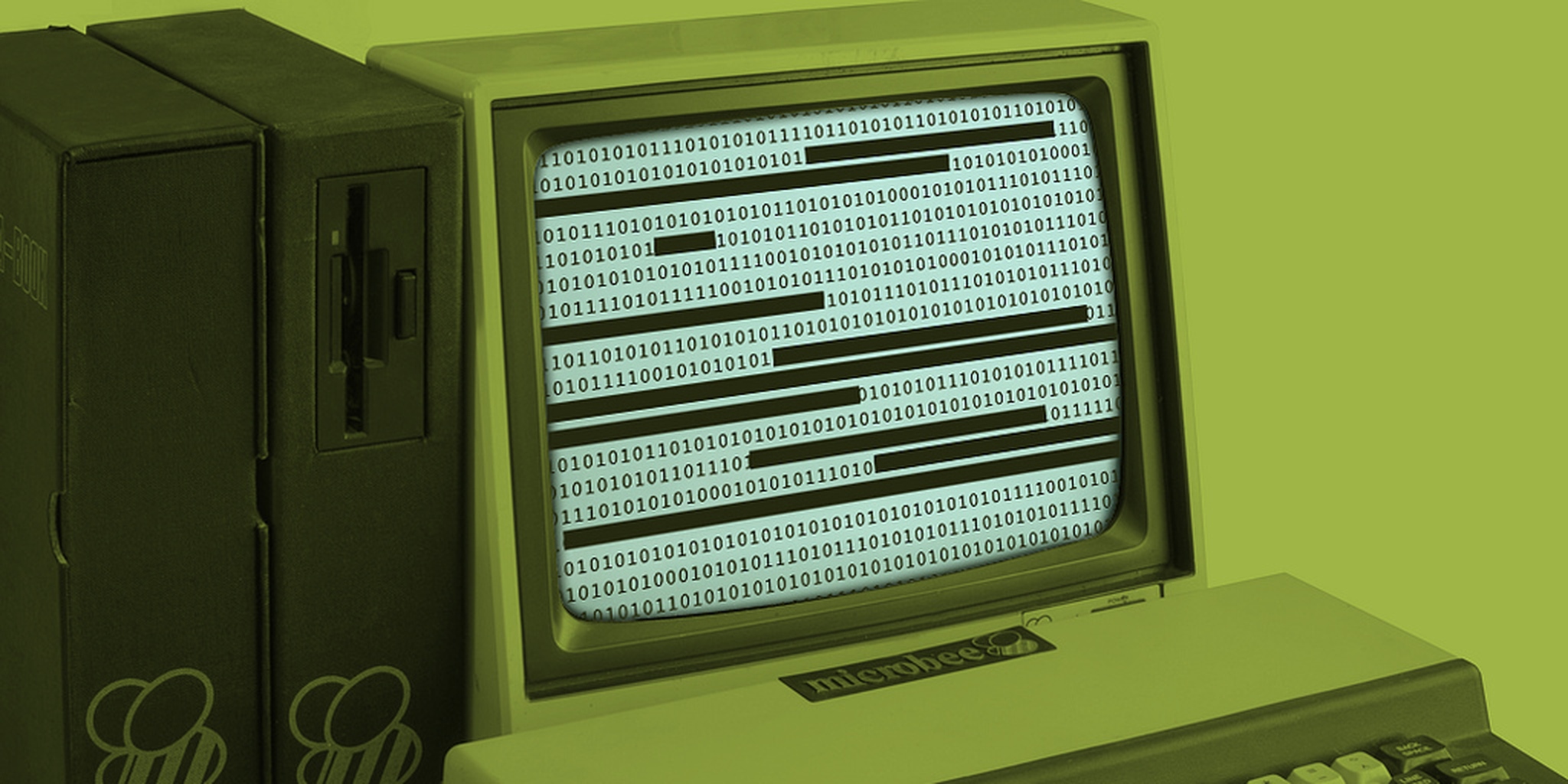 Journalists in Kashmir have done remarkable work from the ground, despite government curbs and local media’s limitations.

For over five months now, hundreds of journalists in Kashmir have had to wait in long queues every day in a couple of cramped rooms in Srinagar to get a few minutes of access to the internet. Reporters, newspaper designers, freelance journalists, photojournalists, and video journalists have had to stand in lines at the Media Facilitation Centre – set up by the central government in the premises of the Department of Information and Public Relations – and rely on a dozen computers with internet access to file their stories, make pages, and communicate with their editors.

Enforcing such a complete dependence of the media on the state is part of the Delhi government’s strategy after the imposition of an unprecedented internet ban in Jammu & Kashmir following the abrogation of Article 370 and the downgrading of former state into two federally governed union territories on 5 August 2019. Since then, irrespective of their organisations and experiences, journalists are forced to rely on this government-run ‘facilitation’ centre – the only place in Kashmir where journalists can briefly access the internet, which, despite a recent Supreme Court order for the review of the ban, remains inaccessible to people in Kashmir since the lockdown began.

The frustrations and the delays, the absolute reliance on the state, and submission to government-regulated conditions that make a mockery of freedom of the press, can be illustrated by the following example. An editor emails a query one night to their reporter in Srinagar regarding a minor detail in a story; it is an urgent update. So, the reporter has no choice but to travel to the Media Facilitation Centre, all the way from their home, to check an email and send back the necessary detail. Not only is such a process time consuming, it is also humiliating for the journalists. Most importantly, it undermines the role of the press: to question and make the ruling government accountable.

Despite near-impossible working conditions, growing safety concerns, restricted mobility, and increased surveillance and scrutiny from the government agencies, Kashmir’s journalists have produced excellent journalism over the past months.

Kashmir might be the only place in the world where all journalists, newspaper offices, and media organisations continue to be deprived of basic internet access – a human right as declared by the United Nations – for more than 160 days. 5 January marked the fifth straight month of continued online blackout in Kashmir – the longest ever internet shutdown imposed in any democracy, according to an international advocacy group, Access Now, that tracks internet suspensions across the world.

And yet, despite these near-impossible working conditions, growing safety concerns, restricted mobility, and increased surveillance and scrutiny from the government agencies, Kashmir’s journalists – including some of its young, independent journalists and photojournalists – have produced excellent journalism over the past months. Several ground reports on torture, with multiple testimonials from the victims; on forced labour in Indian army camps; on the healthcare crisis due to the communications blockade; and on detention of minors and youths under draconian laws like the Public Safety Act (PSA) are just some of the stories reported by them for several Indian and international press and news agencies.

Their stories, photo essays and video reports from all corners of Kashmir have been published in a number of reputed Indian and international publications, whose editors recognised the value of credible ground reportage. This work has also effectively countered the predictable propaganda pushed by some Indian journalists – who landed in the Kashmir Valley days after the 5 August lockdown, merely to add to the official narrative instead of questioning the government claims of normalcy. Their credibility already in tatters, their stories found little takers beyond their organisations.

The unprecedented communications shutdown’s devastating impact on people’s lives was largely missing from the front pages of Kashmir’s major dailies.

The unprecedented communications shutdown’s devastating impact on people’s lives – the crushing of the region’s economy, the impact on education, and the healthcare crisis, stories that were in fact reported in detail by the international press – was largely missing from the front pages of Kashmir’s major dailies. After the abrogation of Article 370, editorials and opinion columns in Kashmir’s prominent newspapers either went missing or covered topics far beyond the urgent ground realities. The edit and op-ed pages of these newspapers discussed everything under the sun – Franz Kaka, changing food habits, benefits of Botox therapy, climate change etc – except for the humanitarian crisis unfolding around them.

Full-page government ads pronouncing “benefits of abrogation of Article 370” that were regularly splashed on the front pages also revealed the malleable spine and sellable ethics of the prominent newspapers published out of Kashmir. In addition to adopting self-censorship to avoid any potential trouble, the majority of influential newspapers in Kashmir printed exactly what the ruling dispensation would have liked to read in print. It was akin to crawling when asked (or not) to bend by the government. When the time came to at least objectively report and reflect on what the people of Kashmir were going through, the otherwise influential newspapers simply looked the other way, refusing to see the elephant in the room.

Niyaz Hussain, a senior journalist from south Kashmir’s Shopian District, who also publishes an Urdu newspaper, told me that he has not seen such terrible times for journalists in Kashmir in his 32 years of journalism. “There were simply no safeguards for journalists this time. After August 5, the security forces would openly tell us that they don’t recognise any journalism or even our press cards,” he said.  He was told to keep his press card at home whenever he showed the identity card to police personnel or an army soldier, both of whom stopped him from doing his duty. Hussain believes that an independent press, already made financially unviable, will not survive for long in Kashmir if the situation remains the same in the future. “When even the editor of a publication is not recognised by the government forces and feels threatened and insecure, how will our reporters continue working under such conditions?” he asks. Journalists act like a bridge connecting the people with the government and vice versa, he said. But when the ruling government doesn’t want the bridge, and even aims to burn it down, he asks, can journalism function, and can journalists perform their duties?

Kashmir’s journalists have tried to push hard against the government-enforced silence and metastasising lies, keeping the world informed about the ground realities.

A report titled ‘Kashmir’s Information Blockade’, released in September 2019 by the Network of Women in Media, India (NWMI), and the Free Speech Collective (FSC), found that the continued communication shutdown in Kashmir had resulted in the “throttling of independent media”. The NWMI and FSC members spoke to more than 70 journalists, correspondents and editors of newspapers and news sites in Srinagar and southern Kashmir, including members of the local administration and citizens. “Our examination revealed a grim and despairing picture of the media in Kashmir, fighting for survival against the most incredible of odds, as it works in the shadow of security forces in one of the most highly militarised zones of the world,” the report said.

Nobel laureate Toni Morrison, whose best-selling novels explored the black identity in the US, once aptly summed up the role of journalists as: “a deliberately heightened battle against cultivated ignorance, enforced silence, and metastasizing lies”. Over the past five months, amid an unprecedented communications blackout, Kashmir’s journalists have tried to push hard against the government-enforced silence and metastasising lies, keeping the world informed about the ground realities. With limited resources and means of communication, and without much protection on the field, Kashmir’s courageous, enterprising journalists have doggedly persisted and managed to report from the ground, getting closer to the truth despite the costs and the risks involved. Their work under such hostile, unfavourable conditions will stand the test of the time, irrespective of the awards or accolades.

The greatest reward, however, has been that the people of Kashmir – brutalised, besieged and seemingly ‘silenced’ – have still spoken out, keeping their stories alive. Hoping to be heard, they lay bare their unhealed wounds, on their bodies and minds, trusting us with untold stories that must be told.

Majid Maqbool is a journalist and writer based in Srinagar, Kashmir.