Bangladesh is the unquestioned leader on formulating adaptation policies to deal with the ramifications of climate change. 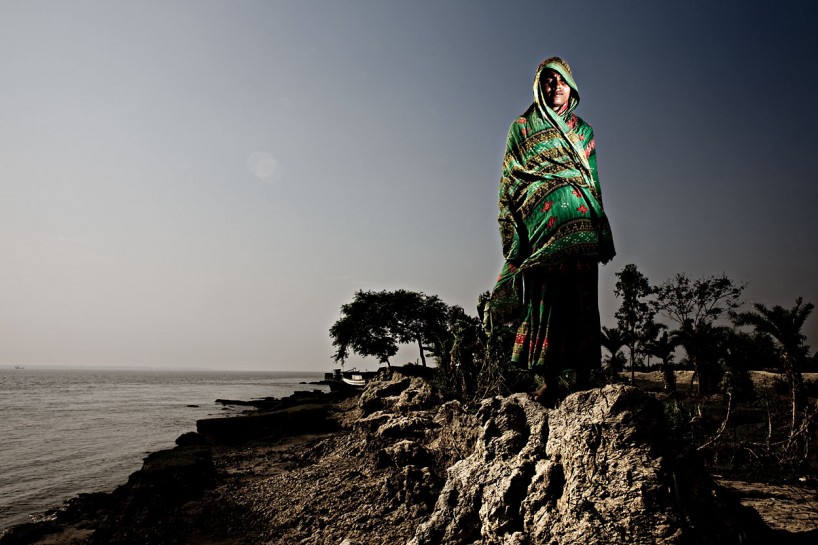 As the consequences of climate change become more evident, it is increasingly clear that the poorest citizens of the Least Developed Countries (LDCs) are most vulnerable to its impact. With the slow progress being made at international climate-change negotiations in curbing greenhouse-gas emissions, the need for these countries to adapt to climate change is becoming increasingly urgent. Aware of this reality, many of these nation states are taking steps to make their populations more resilient to the effects of climate change.

One country that is currently ahead in the game of adaptation is Bangladesh, which is greatly vulnerable to the consequences of climate change. It is estimated that some 20 million Bangladeshis in low-lying areas will lose their homes by 2050. Indeed, it is possible that a significant part of the Bangladeshi landmass will become submerged by the end of the century, leading to tens of millions more climate refugees. With the situation so grave, however, the issue was quickly taken on by the government and the wider civil society. Internationally, Dhaka has been engaged in international climate change negotiations under the United Nations Framework Convention on Climate Change since the document’s inception in 1992, when Dhaka signed it. To date, Bangladesh has participated in all the UNFCCC negotiations, often playing a significant role at meetings. From 2004 through 2006, for example, Bangladesh was elected by the LDC countries to chair the group. During this period, it was able to bring the disparate group of nearly 50 LDCs from Africa and Asia together under a common agenda and negotiating strategy, which in turn enabled the group to negotiate a special LDC Fund to support adaptation planning in these countries.

Work has been even more focused within the country. Bangladesh’s political leaders, experts both within and outside the government, together with a very active NGO movement have facilitated Bangladesh’s early and continuing effective engagement in the international climate-change dialogue. At the country level, this led to the integration of climate-change adaptation into major ongoing work on disaster preparedness, by both the government and NGOs. A number of community-based adaptation projects have also been initiated, mainly by NGOs. A National Climate Change Committee, with members from relevant government and non-government organisations, was constituted in 1994 to draft policy as well as oversee the implementation of obligations under the UNFCCC process. This committee has helped in coordinating efforts on climate change across different ministries, avoiding the problem of approaching it exclusively as an environmental issue. As a result, climate change has been dealt with as a cross-cutting issue, with all relevant ministries playing a part in implementing the relevant strategy.

In relation to adaptation specifically, in 2003 Bangladesh established a Comprehensive Disaster Management Programme (CDMP), with a goal of establishing an integrated approach to climate change and disaster management. This included the creation of a climate-change office within the Department of Environment, tasked with building government capacity for coordination and leadership on related issues. The office coordinates awareness-and-advocacy efforts, as well as mechanisms to promote climate-change adaptation and risk reduction in development activities. Some specific activities they have undertaken include the preparation of manuals on adaptation and disaster preparedness in local languages for vulnerable communities in the flood-prone and cyclone-prone zones of the country.

A few other undertakings warrant brief mention. Other government institutions set up to mitigate the effect of climate change include an inter-ministerial committee on climate change headed by the minister for environment and forests, with representation from relevant government ministries as well as NGOs and research institutions, and a National Environment Committee to determine environmental policies chaired by the prime minister with representation from MPs as well as civil society. Although such a high-level body is not able to meet frequently, it is able to attract significant publicity, bringing critical visibility to the climate-change issue when it does meet. Bangladesh has also integrated climate change into sectoral plans and national policies, including water and coastal-zone policies, which had not previously taken into account climate-change impacts. Furthermore, in 2007, the government announced an initiative to incorporate the impact of climate change into development plans in its Poverty Reduction Strategy Paper. This has subsequently occurred by including climate-change adaptation as an integral part of the poverty-reduction strategy, particularly focusing on community-based adaptation for the most vulnerable communities.

Beyond NAPA
The international climate-change convention requires all LDCs to undertake National Adaptation Programmes of Action (NAPAs), intended to “provide a process for Least Developed Countries to identify priority activities that respond to their urgent and immediate needs to adapt to climate change.” Bangladesh was one of the first of these countries to complete the NAPA, in 2005, pioneering the process and giving rise to a number of lessons on which other countries can now draw. These included the limitations of simply working at the level of individual projects, an approach that has resulted in missed opportunities for more effective, strategic ways of building resilience. The Bangladeshi experience has also showed that the impact of NAPAs has been far greater when they have been drafted as part of a wider scheme of climate-change mitigation and development plans. The most significant impacts, meanwhile, have been in raising awareness of the issue amongst different stakeholder groups within government, in Parliament, in civil society and the private sector, with a few pilot-level activities being started by these different actors. These have included several clean development mechanism (CDM) mitigation projects by private-sector actors, as well a number of community-based adaptation projects by NGOs.

Dhaka’s well-rounded approach to implementing adaptation strategies is evident in its Climate Change Strategy and Action Plan 2008. Outlining the priority areas needing attention over the next 10 years to effectively reduce the impact of climate-change impact over the next quarter century, the plan lists 37 programmes under six thematic areas: food security, social protection and health, comprehensive disaster management, infrastructure, research and knowledge management, mitigation and low-carbon development, and capacity building and institutional strengthening. Bangladesh has thus made considerable progress in action on adaptation, both at the national and international level, proving to be innovative and forward thinking at a time when there has been little international guidance to help steer the way.

Nonetheless, while the Action Plan is a useful strategic document, it has not been followed up with a concrete climate-change policy, which will prove problematic for enforcing implementation of the strategy and effective coordination of concerns across sectors. But although such institutional coordination problems exists in all countries, especially the poorer ones, Bangladesh has already taken steps to ensure that these are minimised: first, by locating the coordination function within the Ministry of Planning and the financing function within the Ministry of Finance; a second, with the Ministry of Environment having a technical advisory function. In being relatively far ahead of the curve in this region, Bangladesh thus is able to offer guidance by example, both with regards to its past successes and failures in adapting both to the current and potential future implications of climate change.

~ Jessica Ayers is a PhD candidate at the Develoment Studies Institute of the London School of Economics (LSE).

~ Saleemul Huq is the director of the Climate Change Programme at the International Institute for Environment and Development (IIED) in London.