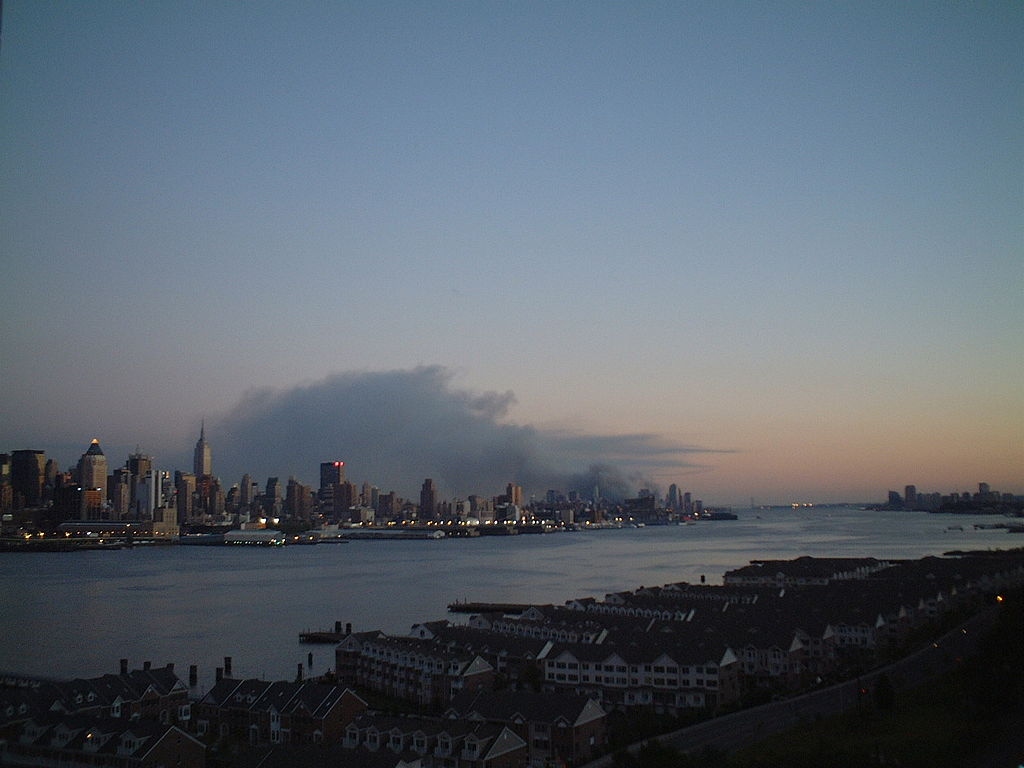 My Sister who lives in California called me on the evening of 11 September. She was agitated, and told me what someone in her workplace was saying: “My friend says we should kill all the brown people.” She was aghast especially when another co-worker asked her, “Why are you looking so sad?” A devout Buddhist, my sister abhors violence of any kind, and was devastated by the tragedy in New York and Washington. And yet, her skin seared the imagination of those who see her each day; one day, suddenly, she became a terrorist.

And so did all of us. This is not a new feeling. When I first got to the US, in the early 1980s, someone had called me a “sand nigger”. Illiterate in the ways of racism I was puzzled like many immigrants, and had to ask a friend what to make of the insult. The context they was Gaddafi, and I chanced to have his hairstyle and even look a bit like him. All that reappeared during the Gulf War, as many desis who looked like Palestinians and Iraqis found themselves followed by men in dark suits. For the first few days after the 1995 destruction, of the Oklahoma City Federal Building, I was, made to feel like a terrorist again. And when I got wore of the WTC devastation, I prayed in my own atheistic way that the perpetrator was not an Arab, or someone like me. They were, and I’m a terrorist again.

And so was Balbir Singh Sodhi, 49, shot in Mesa (Arizona) by a man who said to the police, “I stand for America all the way.” And so was Waqar Hassan, 46, of Dallas (Texas), slain in cold blood while working at Mom’s Grocery. And Ashraf Khan, another Pakistani- Texan, and a cell phone magnate, was removed from his first class seat by a Delta pilot who said that Khan was a threat to the plane. And there have been the mosques, gurudwaras and temples firebombed and desecrated, even as those who look like terrorists find their homes under threat from the forces of jingoism and xeno-racism. Many desis and Arabs refuse to leave their homes, scared to walk in the open in the “land of the free”.

The Indian Embassy in Washington had the bad taste to try to suggest ways to camouflage us from the real terrorists. Women should sport bindis, a consular official wrote in a publicly circulated document. And the men ought to smear themselves with bindis too, said a friend in jest. In the mid-1980s, the bindi provided a set of racists with a name for their anti-desi organisation, the Dotbusters. Now the Indian diplomats, without any sense of irony, urge us to wear the dots as protection. And for Sikhs, the nightmare of the turban as a sign of difference reminds them and all of us of the horror of the 1984 Delhi riots. Turbans, bindis, kurtas, Is kirpans—all these signs of difference only enhance our skin tones, our features, and confirm our terrorist status.

Things got so bad so fast that President George W. Bush had to make an appearance at a Washington DC mosque on 17 September to mollify desis and Arabs, as well as to say “those who feel they can intimidate our fellow Americans by taking out their anger, they don’t represent the best of America”.

But just as Bush made this conciliatory, and necessary gesture, the Justice Department of the United States took action against those who look like terrorists—the desis and the Arabs. Attorney General John Ashcroft informed the country that whereas previously the Immigration and Naturalisation Service (INS) could only hold an “alien that had been taken into custody because of a violation” for 24 hours, the new regulation would allow the INS to hold the “alien” for “48 hours, or to an additional reasonable time”. In one swoop, the Justice Department revoked the right of. habeas corpus for non-citizens of the US, and it allowed officers of the law to turn any “violation” into an excuse for indefinite detention.

Meanwhile, in many neighbourhoods in New York City, white men with small US flags make the rounds of the immigrant-owned small grocery stores. They bang these flags, which retail at about a dollar each, on the counter, and say things like “aren’t you going to be a patriot and buy this flag”? The flag will cost the immigrant workers USD 5, but they will be far too scared to refuse. This is the test of loyalty, the agnipariksha.

Flags festoon the streets of the US, on most lampposts, on many cars, in front of homes, on t-shirts, on hats, and fly from baby carriages. It is as if the acts of terror from the 11th of September must be washed away or exorcised with the display of nationalism. I have no animus to the flag, but I fear that it does not say bereavement, only more death. The planes and ships are making their way to the Indian Ocean as tired sailors prime the guns for a long drawn-out conflict.

When Timothy McVeigh was arrested and found guilty of the terrorist act in Oklahoma, white men did not feel like terrorists. There was no general discussion about the civil liberties of white men. White men did not get removed from airplanes, nor did they read accusation in the whites of the eyes of those around them. In the aftermath of that event, the US government passed a draconian immigration law and an antiterrorist act that mainly targeted those who look like terrorists. And we know that Timothy McVeigh did not look like their terrorist. I do.

In my book Karma of Brown Folk, I suggested that we desis are treated as a model minority mainly as a weapon against African Americans. If we lay claim to being “white”, we are only whites on probation. They have now revoked our probation. We are being called to task for how we look. I am shrouded by flags, lost in the haze of that social decay called racism even as I too grieve for those innocents who lost their lives on 9/11.