On the feats and failings of Southasia’s attempts at regulating water. 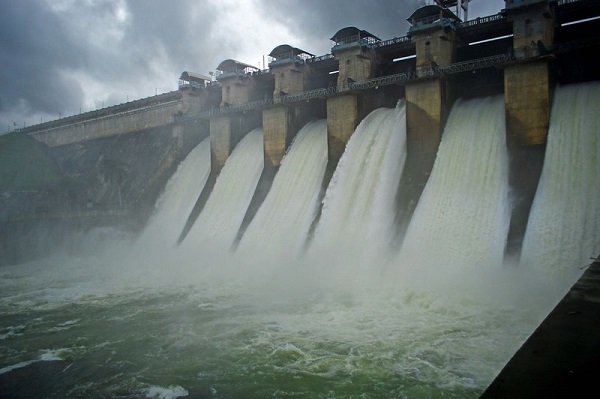 Southasia, the MacArthur Fellow and historian Sunil Amrith writes, “stands at the frontline” of an existential crisis. As climate change ushers in rising sea levels, violent and unpredictable weather patterns, and widespread species extinctions, the relationship of humans to water will be both newly imperilled and also vitally important. How did we get here? Amrith’s book, Unruly Waters: How Mountain Rivers and Monsoons Have Shaped South Asia’s History, charts a history of Southasia’s – predominantly India’s – relationship to water. It is a timely and distressing read, which stresses the urgent need to formulate a new, more wholesome relationship with nature – without, necessarily, providing us with a blueprint to do so.

Unruly Waters is a dazzling feat of historical synthesis. It begins in the 19th century when the British East India Company stepped up the pace and scale of its maritime conquests and proceeds through two centuries of colonial rule followed by another of post-independence nation-building. But unlike traditional histories of Asia – which foreground conquest, liberation, partition and growth – Amrith chooses an unlikely protagonist: water, in the form of the rivers, oceans, atmosphere and groundwater reserves that shape history.

The first half of the book discusses the devastating Indian famines of the 19th century, which were occasioned – in part – by the failure of the monsoon rains. The vast attendant human costs of these droughts prompted some of the first attempts to regulate water by systematic study of the monsoon: why did the rains fall when they did and was there any way to predict them? The newly formed Indian Meteorological Department (set up in 1875) became “the cockpit of monsoon science.” These endeavours (always the result of hybrid interactions between local and European actors) formed the base from which 19th century scientists later connected the Southasian monsoon to the global climate system impacted by El Niño. We are linked, for better or worse, by climate.

The second half of the book is devoted to India and China’s spectacular 20th century growth – feats which would not have been possible without dramatic interventions around water. For instance, without large-scale irrigation and dams, feeding growing populations in both nations would have been near impossible denying population and economic expansion.

Amrith clearly demonstrates that what constitutes ‘public’ is more closely correlated with political and economic capital than equitable social good.

Amrith’s vast 250-year saga also dwells on some choice micro-histories. For instance, he narrates the story of Elizabeth Isis Pogson, an employee in the imperial Indian bureaucracy whose scientific calculations contributed greatly to early monsoon science. Daughter of Norman Pogson, director of the Madras Observatory, Isis was taken on in the role of  “computer” but as a woman earned the same paltry wages as a “cook or a coachman”. The dense – occasionally overwhelming – narrative is also pleasingly littered with literary and film references: Italo Calvino and Amitav Ghosh sit alongside reflections on Mehboob Khan’s Mother India (1957), which Amrith calls “Indian cinema’s great water epic”. Meditations on water were not restricted to official administrative documents they pervaded other forms of media too.

Water was always linked to power, but the grinding wheels of modernity and ‘development’ have tended to concentrate it in fewer and fewer hands – beginning in the colonial era. Although precolonial rulers, such as the Mughals, certainly had ambitious and innovative technologies to regulate water, British imperial control ushered in unprecedented centralisation. Empire was a fundamentally extractive enterprise; control of rivers was key to increasing imperial revenues, and to moving large volumes of cash crops such as cotton, jute, indigo, coffee and tea from India to England. Dams and irrigation also freed humans from dependence on the rains and guarantee productivity. Consider how one ambitious imperial irrigation scheme – the Canal Colonies in the Punjab – turned one of British India’s least fertile regions into the most productive and remunerative. So far so good. However, these projects caused harm just as they ostensibly brought benefits. In Punjab for instance, what was touted as ‘wasteland’ was, in fact, already populated by pastoralists who were pushed out by newer migrants moved in by the state.

As capitalist and nation-building aims aligned, grand resettlement plans and multi-million-dollar riverine dams became the order of the day.

Central planning is no historical accident. States did not always have the power to move people around at will, or to dam up rivers and alter the course of streams, but rather, these powers were historically created and consolidated: the Land Acquisition Act of 1894, for instance, granted the state the right to take over private land for “public benefit” by exercising “eminent domain.” This allowed the British to extend railways across India and, in an eerie re-emergence, allowed the postcolonial state to displace thousands of people to build large dams. Jawaharlal Nehru, a chief architect of India’s postcolonial development, called dams the “temples of modern India”, when inaugurating the Bhakra Nangal project in 1954. But by 1958, appearing to realise his folly, he lamented what he called the “disease of gigantism”. This disease has widened gaps between the rich and poor, rural and urban, and displaced millions; in total, the book notes, an estimated 40 million people have been displaced in India by dams alone – a human cost so startling that Amrith repeats it twice.

The ‘public’ in ‘public benefit’ is by no means obvious; in fact, Amrith clearly demonstrates that what constitutes ‘public’ is more closely correlated with political and economic capital than equitable social good. Wealthy Indian industrialists, for instance, aided in the transfer and directing of water resources towards rapidly-developing urban centres like Bombay as much as imperial administrators did. Tata and Sons built their own hydroelectric plant at Khopoli in 1915 and were soon sending thousands of watts of electricity daily to the booming cotton mills in Bombay. As capitalist and nation-building aims aligned, grand resettlement plans and multi-million-dollar riverine dams became the order of the day. The more strongly local leaders vowed never to undergo the humiliation of colonisation again, the more ardently they pushed for mega-projects that echoed the concerns of the colonial state. The actors may have changed but the play remained the same. As Donald Worster in his seminal work Rivers of Empire – which charts the spectacular dominance of the American West as an agricultural and economic hub, contingent on the concentration of power around irrigation and a managerial relationship to water – notes: “The colony, in its pursuit of freedom, dreams of empire”.

China and India’s groundwater reserves are depleting rapidly while their energy requirements continue to mount.

In the decades following Independence, 3500 large dams were built in India (China built 22,000 during the same period). On the other hand, little has changed for people like Sakharam Balaji – a farmer who petitioned the colonial administrators desperately not to have a dam flood and drown his land and livelihood, and whose handwritten papers from 1903 Amrith finds preserved in the Maharashtra Archives in Mumbai. At the end of the day, the voices of wealthy industrialists, are much louder than that of landless peasants or tribal peoples.

The vertiginous inequalities caused by channelling water towards cities and industry endures to the present. Even more concerning is the fact that issues around water access will not become easier. China and India’s groundwater reserves are depleting rapidly while their energy requirements continue to mount. Hydropower from the Himalayan plateau offers one way to meet these needs, and despite the alarms raised by scientists and activists, on the potentially devastating environmental impact of tapping into sources in the Himalaya region, hundreds of dams have already been planned for this region over the next decade.

Water was always linked to power, but the grinding wheels of modernity and ‘development’ have tended to concentrate it in fewer and fewer hands.

Even as state-sponsored endeavours continue through public entities such as the National Hydroelectric Power Corporation, another dangerous trend Amrith highlights is the rise of private corporations. Today, companies such as Tata Power and the Reliance Group are deeply embedded in the new and forthcoming schemes of water management and hydropower. This increased involvement of private corporations does not bode well: what would be their responsibility to respond to the social and environmental implications of these projects? And most importantly, what will accountability look like when the actors are private-capital owners and not the state? To devolve power and responsibility (if that is, indeed, Amrith’s suggestion) seems far-fetched; we are left instead simply with the displacement of power onto capital-rich corporates.

Claims to power rarely go uncontested. Water, it turns out, is a disobedient subject: dam a river, and areas upstream become waterlogged and infertile; regions downstream become drained of sediment and vulnerable to flooding; pump water using an oil-driven electric motor and the water table will fall as it is simultaneously contaminated by high-productivity fertilisers and pesticides. Amrith joins a long line of Indian activists – Walter Fernandes, Sanjoy Chakravorty, Sunita Narain, Vandana Shiva and Medha Patkar among others – in his indictment of centralised attempts at rampant, one-dimensional ‘development.’ The local, the dispossessed and those without legal or political redress or capital have clearly suffered, and it is by no means clear that our future plans will do any better.

Readers might leave the book frustrated, wondering what viable alternatives look like. Building on Dalit scholars’ and activists’ work, Amrith is careful not to romanticise the past, to portray a village community-driven idyll where nature and society exist in harmonious balance. In fact, pre-industrial villages fare terribly in terms of distribution of water rights: the denial of access to water to particular caste groups demonstrates that ‘precolonial’ or ‘local’ does not necessarily mean progressive or equitable. Amrith offer us no viable alternative. But this riddle, perhaps, is not one for the historian to answer, but for us as a civic society to strive to solve.

Tamara Fernando is a PhD student in History at the University of Cambridge. Her research focuses on pearls and pearl diving in the Indian Ocean. Instagram: @lankanhistory, Twitter: TamaraFernando3.