A new book exposes the myths behind India's 'growth miracle', and looks for ways out of the ecological and social devastation of the current neoliberal model. 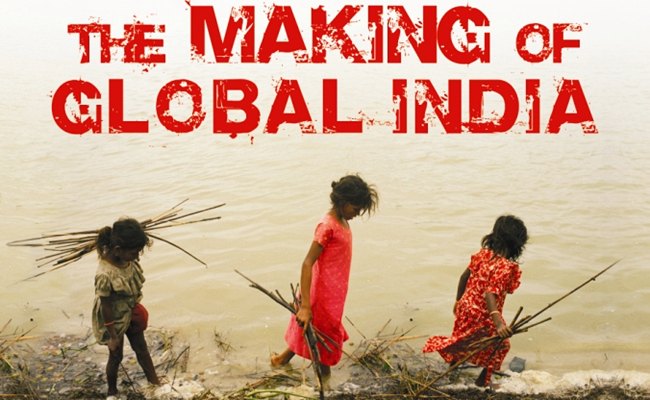 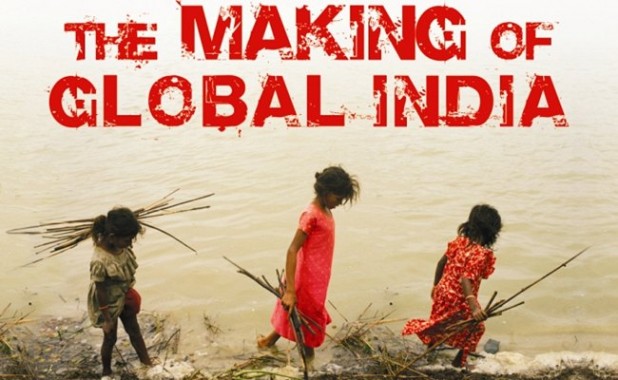 In a corny old British TV series, Red Dwarf, a shape-shifting alien invades a spaceship and imperils its resident humans. Each time the humans figure out the form it has currently assumed – a sausage, say, or a fluffy rabbit – and try to slay it, the creature changes into something else to avoid detection and waits for a fresh chance to attack. In Southasia, imperialism is evidently one such monster: whenever it is chased off, it slips into another, seemingly benign, form in order to re-insinuate itself and ultimately smother its hosts. It used to be ‘civilising the savages’; now it comes as ‘development’.

Churning the Earth: The Making of Global India explains the processes by which Indians have again lost their economic sovereignty, and the devastation this new conquest has wrought upon the lives of the country’s poorest. In the early 1990s, when India needed a loan, the World Bank (WB) and the International Monetary Fund (IMF) used the opportunity to impose constraints on its domestic policies. These ‘structural adjustments’, followed by India’s entry into the World Trade Organisation, remodelled the country’s economy to conform with the profit-making imperatives of international and domestic corporations. The result has been enormous wealth for a few, which has trickled down to an extent in cities and towns, but a disaster for rural areas, in which two-thirds of the Indian people reside.

India’s forests and villages supply the land, water, minerals and other natural resources necessary for industrialisation, commodity trading, toxic waste disposal and corporatised agriculture. The poor are being robbed, often at gunpoint, of the very environs in which they live. “What we see is actually a well-disguised form of imperialism, sophisticated enough to leave room for the national … elite to share the spoils of exploitation with the dominant classes in industrialised nations,” explain economist Aseem Shrivastava and ecologist Ashish Kothari in their meticulously documented treatise.

Churning the Earth makes for slow reading because it contains so much information, but it is essential reading. It offers a deeply researched and comprehensive critique of India’s liberalisation, so routinely lionised in both the Indian and the Western press. Liberalisation has increased the country’s dependence on imports, using speculative capital loaned by foreigners. “India was, in effect, seduced into living beyond its means,” comment the authors. Should international investors find India’s policies not to their liking, they can leave with the click of a mouse, plunging the economy into a crisis. “The hands of our ‘democratically’ accountable leaders are actually well tied behind their backs,” Shrivastava and Kothari note. So instead of seeking to protect Indians by enforcing ecological and social norms, their government does all it can to ensure that regulations will not get between investors and their profits. In 2006, for example, following the recommendation of a World Bank-funded report, the Ministry of Environment and Forests began clearing proposals for mining and other endeavours in ecologically sensitive areas at the rate of two or three projects a day – up to six times faster than before.

“The ecological and social impacts have been horrifying,” the authors continue. “The blasted limestone and marble hills of the Aravallis and Shivaliks; the cratered iron-ore or bauxite plateaux of Goa, Madhya Pradesh and Orissa; the charred coal landscapes of eastern India; and the radioactive uranium belt of Jharkhand are all witness to the worst that economic ‘development’ can do. Tens of thousands of hectares of land have been rendered completely barren and unproductive … Iron ore mining alone is estimated to have used up 77 million tonnes of water in 2005-06, enough to meet the daily water needs of more than 3 million people.” Although mining and dam-building currently pose the greatest threat to the Indian environment, the careless disposal of massive quantities of toxic waste – some of it imported from rich countries for ostensible recycling – is also poisoning the land and water, and endangering the poor.

But surely liberalisation has led to poverty reduction, as the WB claims? No: it turns out that poverty, as gauged by hunger, has increased. The measures of poverty favoured by mainstream economists are often misleading, Shrivastava and Kothari point out. Judging poverty by purchasing power, as the WB does, neglects the fact that essential expenditures are expanding. Because commons are being privatised or damaged, for instance, people in rural areas now have to pay for firewood and food they used to gather for free. So even if a labourer is earning more cash – and has thereby graduated above the poverty line based on purchasing power – in reality she could be much worse off today than before. “It appears that widespread hunger persists in India not despite growth, but perhaps because of it,” observe the authors. Cambridge economist Partha Dasgupta has shown that when its ecological endowment is accounted for, India as a whole has been steadily losing wealth.

Every day the poor experience this loss: as interminable treks to collect water, or as ailments that go untreated because medicinal plants can no longer be found. The capacity of India’s natural resources to sustain its people has almost halved in the last four decades, and the rate of destruction is increasing. Shrivastava and Kothari predict a partial collapse of India’s ecology and a steep increase in social conflict if the neoliberal model continues to operate. Although they avoid doomsday scenarios, it is clear that famine could hit within a decade or two as climate change compounds localised environmental damage, such as that done to water sources, and leads to food shortages.

A reduction in social spending – as per the directives of the international financial institutions – has meant drastic changes to India’s Public Distribution System, which distributes cheap food and essential items through a network of government-run shops. Subsidised grain, once available to all, is now provided only to those designated as ‘poor’. But given India’s corrupt and often dysfunctional administration, many of the poorest cannot prove to the system that they do indeed qualify. And too many of those who do have the necessary documents find that they cannot afford even subsidised grain because the prices at ration shops have steadily increased. Consequently, the government now holds massive buffer stocks even as hundreds of millions go hungry, yet it claims that India is self-sufficient in food.

The seeming bounty in the government’s godowns masks a grave problem: per capita availability of grain has been shrinking sharply because of what the authors call a ‘cruel neglect’ of farming. In recent Five Year Plans, for instance, less than 5 percent of expenditure was earmarked for agriculture – an activity that sustains 60 percent of the population. As a result, the rate of increase in yields of major crops such as rice, wheat and oilseeds has halved. Moreover, with large chunks of land being claimed for industry and non-food crops, the total area cultivated for food crops has declined. The most shocking reduction is a 24 percent decrease in the area planted with coarse grains, on which many of India’s poorest citizens depend.

As if that were not enough, a multitude of assaults are driving farmers from their fields. Government prices paid to farmers have lagged behind inflation. And – again in accordance with advice from the WB and the IMF – credit has been redirected from rural areas to cities, where the consumers who buy goods made by the corporations reside. At the same time, the government is promoting cash crops that require expensive inputs such as fertilisers and pesticides, also sold by corporations, thereby forcing farmers into the arms of moneylenders. “The economics of small subsistence farming is being manipulated (obviously with the help of government policies) to make it unviable, so that once the peasants are dispossessed … the big corporations can take over arable land and have large, profit-making plantations as in the Western world,” warn Shrivastava and Kothari.

This ‘predatory commercialisation’ of the countryside, as journalist P Sainath calls it, has led to the proportion of rural households in debt almost doubling to 48.6 percent in just the first decade of economic liberalisation. Mainly because of indebtedness, a quarter of a million Indian farmers have committed suicide, in the greatest wave of suicides in recorded human history. The census of 2011 revealed that farmers are abandoning farming in record numbers and migrating to cities. There, lacking the skills required in the formal economy, they find exceedingly low-paying employment at best. Because of increased mechanisation, job growth in the organised sector has been almost entirely stagnant.

There is, mercifully, a silver lining: Indians have not forgotten how to fight a colonising power and its compradors. To their dismay, politicians and investors alike are discovering that the poor are willing to risk their lives to safeguard their access to jal, jangal, zameen – water, forest and land – and thereby protect the true bounty of the nation. Peaceful resistance, although often met with violent repression, has halted or at least slowed several egregious projects, such as the devastation of Niyamgiri mountain and its residents by Vedanta, the global mining giant. Even better, many Indians retain their knowledge of living lightly on the land, and others are developing ways of empowering communities and protecting environs that combine tradition with modernity in imaginative ways. “Indeed, the country is brimming with stories of alternative experiments, many wildly successful, others struggling, but all pointing to the immense possibility of a world that is more ecologically sustainable and socially equitable than what globalised growth has given us,” Shrivastava and Kothari write.

Somehow, communities and individuals have to wrest control over decisions that impact their lives from the powerful, distant actors – bankers, politicians, mainstream economists and others – currently making them. Reclaiming their government, they must force it to stop serving investors and corporations, and instead start serving the Indian Constitution and people by enforcing environmental protections, respecting human rights, reinstating the universal Public Distribution System, and walking away from international agreements that are devastating farmers. The path to a happier future, the authors write, is through so-called Radical Ecological Democracy: grassroots decision-making based on principles of ecological sustainability and human equity. India is uniquely positioned to lead the world in this new freedom movement, Shrivastava and Kothari point out, because of the marvellous diversity and resilience of its people and its tradition of peaceful defiance, not yet wiped out by globalisation.

Two and a half centuries since the British East India Company inaugurated its conquest of India, it is time to ponder once again how overwhelming corporate power can be beaten back. This book must be read by all those who care not only about India’s future but also that of the world, because it is often at the peripheries of empires that successful rebellions are born.