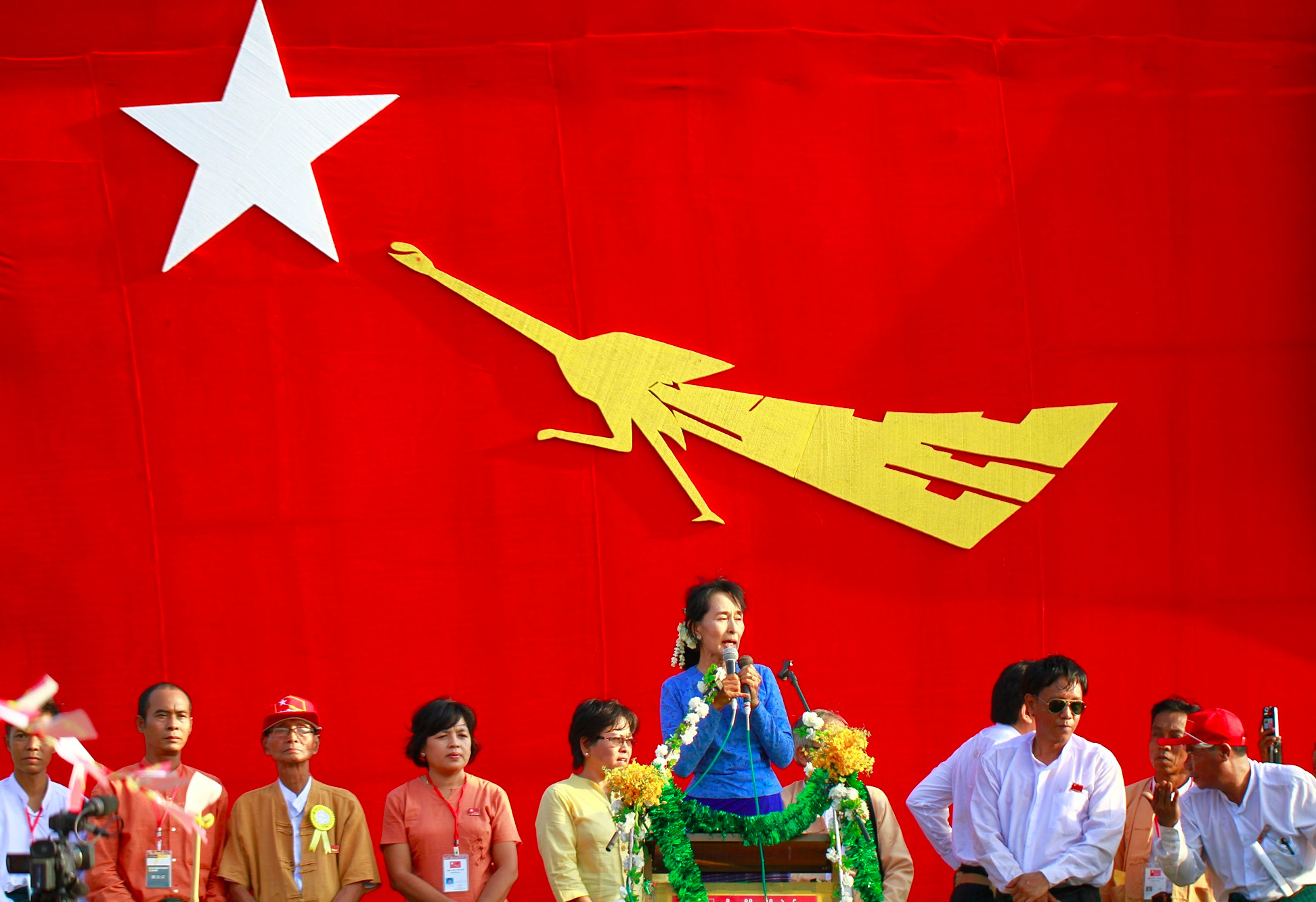 On Myanmar’s contentious elections, voter disenfranchisement and prospects for the future.

Aung San Suu Kyi’s National League for Democracy (NLD) claimed another landslide victory in Myanmar’s second general election since the end of military rule in 2011. The elections were marked by poll cancellations in several townships – which led to the disenfranchisement of more than 1.5 million people (in addition to the 600,000 Rohingyas in the country who were barred from registering to vote) – and the growing COVID-19 figures, which limited campaigning. Going ahead, the next five-year term will not only be crucial for Myanmar’s democratic transition, and could mark a turning point in the country’s peace process.

In this interview, we speak to Ei Ei Toe Lwin, chief election correspondent for the Yangon-based magazine Frontier Myanmar. She talks to us about the major challenges faced during the elections, her assessment of the media coverage of the election, the major dividing lines between the parties, and the future of Myanmar’s peace process.

Himal Southasian: Against the backdrop of a looming economic and public-health crisis and the ongoing conflicts in the northeast and the west, how do you think another landslide victory for the NLD will impact the country going ahead?

Ei Ei Toe Lwin: Given that the NLD has won over 80 percent of seats, which improves its standing compared to the first parliamentary elections in 2015, the political status quo will likely remain in place despite the NLD’s landslide victory. However, the government faces serious economic and political challenges in its second term. The next steps will be to resume the ongoing peace process, but this transition could potentially collapse without a negotiated political settlement with ethnic armed groups and the military, which means there would be a difficult road ahead for the government.

HSA: How do you think the failure to coordinate with military and ethnic parties will impact Myanmar’s civil war and peace process?

ETL: The lack of consensus on security matters and trust between the military and ethnic groups is indicative of the long-drawn-out nature of this existing peace process. The government and military insist that armed groups can only join the peace process after signing the agreement. However, one major setback has been the refusal by ethnic armed groups to sign the Nationwide Ceasefire Agreement (NCA).

In addition to the prolonged internet ban in several areas amid the escalating violence, restricting voter access to information has seriously curtailed democratic rights.

Ongoing fighting between the military and ethnic militias has prevented the government from carrying out development projects on a large scale, and refugees in camps along the border between Thailand and Myanmar are still struggling to return to their communities. Elsewhere, fighting between the Tatmadaw and the Arakan Army has forced people from Paletwa in Chin State and Rakhine State to flee their homes.

The Union Election Commission (UEC) postponed polls in almost half of Rakhine State’s townships and some other areas with an ethnic majority, citing the ongoing armed conflict, and as a result over 1.5 million people lost their right to vote. The UEC’s poll cancellations marked a huge loss for the local ethnic minority communities who were denied political representation and excluded many ethnic party candidates from participating in the elections.

HSA: The military-backed Union Solidarity and Development Party (USDP) appears to be the NLD’s principal political challenger. Since the military is constitutionally guaranteed 25 percent of seats in the Parliament, a sweeping victory for the NLD suggests that the uneasy power sharing between two political powers in the country will continue. In this context, what are some of the major issues or dividing lines between the parties this election?

ETL: The USDP is not a serious competitor or political challenger to the NLD. Since 2015, the party has seen a drastic reduction of popular votes because the USDP is recognised as a military-affiliated party. The USDP lost many of the previous seats they held in Parliament and failed to perform well even in its stronghold areas this election. This election, the ethnic majority parties won a total of 47 seats of the 476 contested seats in the Pyidaungsu Hluttaw (Union Parliament), down from 56 seats in 2015.

This transition could potentially collapse without a negotiated political settlement with ethnic armed groups and the military, which means there would be a difficult road ahead for the government.

The USDP has also filed more than 600 complaints on voting irregularities and unfair electoral process. USDP officials claimed that the number of unused ballot papers was unknown, that political parties did not receive equal rights to conduct their campaigns, and raised complaints on advance voting.

HSA: Why do you think that some ethnic parties, which were divided in 2015, have come together in this election? How will this impact these groups’ standing in Parliament?

ETL: Myanmar uses the first-past-the-post (FPTP) electoral system. Under this system, smaller parties are easily sidelined from government even if they perform well within their constituency. The merger of small parties will not only split the vote, but also increase public support. Ethnic parties in Mon, Chin, Kachin and Kayah states merged into a single party ahead of the election, but ethnic parties admit that they have not been as successful as expected. In some ethnic areas, the NLD has won more seats than they did in 2015. Most of the seats won by ethnic parties are at state-level legislatures and fewer at the union level, so there will be no significant impact to the composition of Parliament.

HSA: This election has also been impacted by misinformation campaigns on Facebook, as well as the ongoing government-imposed internet shutdowns in several states. How has this disrupted the democratic process and restricted voters’ access to information?

ETL: Election officials have censored many ethnic minority parties’ campaign speeches televised on state media for being critical of the government. This resulted in widespread criticism from the parties, who withdrew from participating in state media broadcasts. In addition to the prolonged internet ban in several areas amid the escalating violence, restricting voter access to information has seriously curtailed democratic rights. The COVID-19 pandemic forced political campaigning to go online. Without measures in place to curb misinformation by the government there is a real lack of accessible and accurate information for the public.

HSA: Recent arrests of journalists, misinformation and censorship has raised concerns that the government may further restrict media coverage of the elections. What has been your assessment of media coverage for this election?

Ultimately, online campaigns were unsuccessful in reaching voters in remote areas where there is limited access to mobile internet connections.

ETL: The travel restrictions imposed in Yangon meant that journalists faced many challenges in covering the elections. Under these circumstances we were not able to cover the elections as we wanted to, and had to access information through phones. Although we registered at the respective district commissions for election coverage according to the guidelines of the election body, we were not allowed to enter the compound of some polling stations. Even journalists who had their official media accreditation cards were refused entry into the polling compounds to take photos or film videos, with polling staff members claiming that they were informed by the Union Election Commission to restrict media access within the area. Compared to previous elections, media coverage of the election has declined significantly due to COVID-19 restrictions.

HSA: How are political parties responding to the election cancellations in around 56 townships and the disenfranchisement of more than 1.5 million voters? And when are we likely to see elections in those regions?

ETL: I don’t see any political parties pushing back on this matter. According to the law, a by-election can be held one year later. The election body has said they will hold elections in these areas if there are conditions for free and fair elections. But there is no guarantee there will be secure conditions as fighting is escalating.

HSA: Given that Myanmar’s infection rates and fatalities have soared over the past few weeks, has COVID-19 affected this year’s election in terms of voter turnout? Do you think the pandemic restrictions on conventional gatherings and campaigning hurt some parties and help some?

ETL: The rules governing COVID-19 have had a significant impact on all political parties. Due to the restriction of no more than 50 people for organising gatherings and rallies, it was difficult for parties to campaign on the ground. Candidates were barred from physical campaigning due to stay-at-home orders, and door-to-door campaigns were unsuccessful due to the public’s fear of contracting the virus. Still, given that Myanmar was seeing over a thousand new COVID-19 infections every day, the turnout was unexpectedly high.

Even journalists who had their official media accreditation cards were refused entry into the polling compounds to take photos or film videos.

I would say the pandemic restrictions did have a significant impact on political campaigning. The government imposed the stay-at-home orders across townships in Yangon, Rakhine State, as well as some townships in Ayeyarwady, Bago and Mandalay regions and Mon and Kachin states. It also made face-to-face campaigning unlawful which forced parties to rely on online campaigning, especially over Facebook.

Ultimately, online campaigns were unsuccessful in reaching voters in remote areas where there is limited access to mobile internet connections. Then there are the townships in Rakhine State and Paletwa in southern Chin State, where the government continues to restrict access to internet and telecommunication services.

While several parties, including USDP, People’s Pioneer Party, People’s Party and Union Better Party used social-media platforms for campaigning, the incumbent NLD had a significant advantage due to the party’s larger online presence.