The landscape of literary translation in India leaves much to be explored. 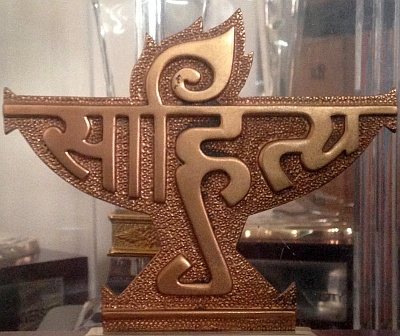 The 22 people named above won the Sahitya Akademi Translation Prize 2015. Every year, since 1989, the Akademi has been awarding prizes to the best translation in the languages that came to be recognised by it over the years. With the prestigious Sahitya Akademi stamp, one would assume that the award would bring recognition and also put the spotlight on the original author, apart from setting a stage for a discussion on bhasha literatures and their translations. But this occasion rarely sees focused media coverage and mostly remains a missed opportunity. In 2015, seven of the translations originated from Bangla (translated into Assamese, Bodo, Maithili, Malayalam, Manipuri, Santhali and Urdu) and Hindi (translated into Bangla, Dogri, Gujarati, Konkani, Nepali, Rajasthani and Sanskrit); two Malayalam titles found their way into Kannada and Telugu while two in Dogri were translated into Kashmiri and Sindhi; one title each from Kannada, Marathi, Tamil, Odia, Telugu and English were translated into English, Hindi, Odia, Punjabi, Tamil and Marathi respectively.

K Sreenivasarao, Secretary of the Sahitya Akademi admits, “At the moment, translators are relying on Hindi or English as target languages. That will change slowly. Moreover, there are new languages that are coming into their own both in terms of being seen and travelling out of the home state – such as Garo, Maithili and Dogri.”

At present, a large part of translated work in India comes out in English although the result may not satisfy the puritan. “Older translations need to be replaced with newer ones. We need more translations of contemporary writing and need to make a greater effort to reach and publish under-served and minority languages,” says Arshia Sattar, writer and translator. The fact is that literature in India’s regional languages can seamlessly traverse the country provided translations take off in a big way.

Crossword prizewinner Arunava Sinha, whose translations of classic, modern and contemporary Bengali fiction and non-fiction have been well-received, agrees. “It was very big once. Not so much anymore, sadly. Regional publishers are looking for translations from world literature and from English bestsellers,” he says. There are not too many dedicated translators around either.

“Today,” points out Rao, “the super-specialisation of education and the limited scope to learn other languages have brought down the number of translators drastically. Even for the Akademi there were doyens who translated from Hindi or Bengali or Gujarati into, say, southern languages directly. Today, we are hard pressed to find them.” Some names that come to mind are T N Kumaraswamy and T N Senapathy (from Bangla into Tamil) and Nileena Abraham and K Ravi Verma (from Bangla into Malayalam).

According to Sunandan Roy Chowdhury, publisher of Kolkata-based Sampark Publishing House, there are only about 30 publishers all over India who are serious about translations. “Regular fiction,” he says, “does get translated, and is sold. Bengali to Hindi translations, for example, have been popular.” Manisha Chaudhry, head of content development, Pratham Books, agrees. “Very little is happening in non-English translations. Hindi, English and, to some extent, Marathi lead the way,” she says. The company publishes 35-40 titles a year, which are translated into six languages. “Many of us are multilingual as far as speaking Indian languages is concerned, but that does not mean that we can access literature in more than one of those languages. Most of us have one Indian language and English. So we translate into English or the other way around. But the generation that could translate fluently from one Indian language to another has passed on,” says Sattar.

Mini Krishnan, who edits literary translations for Oxford University Press (OUP), shares an insight: “Till a work makes a mark in English not many publishers in another Indian language would want to risk making an investment.” She illustrates her point with examples. Sharan Kumar Limbale’s autobiography Akkarmashi (Marathi) was translated into Tamil and Malayalam only after the English translation appeared (The Outcaste). Bama’s Karukku (in Tamil) and Sarah Joseph’s Othappu (Malayalam) too moved into other languages after being translated first into English.

Vatsala Kaul-Banerjee, publishing director, Hachette India, looks at the more practical, market-related side. “As a social-literary project one could explore inter-regional translations, but in publishing it would have to assume that Bengali-speaking people are interested in reading a Gujarati classic and vice-versa. I doubt that assumption works in a market-feasible way, and that’s why not much has happened by way of cross-regional translations,” she argues.

It was not like this. “Years ago, in Tamil Nadu, for instance,” says Geeta Dharmarajan, founder of publishing house Katha, “many girls were named after protagonists from Bangla novels. And the best part was that mothers didn’t even know that these were Bengali names!”

She adds that in the 1930s and 1940s there were several translations of Bangla novels into Tamil. Translations of Bankim Chandra Chattopadhay, Sarat Chandra Chattopadhyay, Rabindranath Tagore go back to early twentieth century. “For example, Shanmukha Sundaram, a writer, translated some 70-75 Bangla novels – mainly from Hindi translations of the Bangla originals. And many of the novels being written in Tamil during these times were highly influenced by Bangla novels.” She points out that many of the strong women characters were either from Bangla novels translated or from Tamil novels influenced by those ideas. “I think some of the prevalent names like Parimala, Chandrakanta, Saudamani (Chudamini) and Kumudhini trace their origins to Bangla novels.”

Open sesame?
Things are difficult even for dedicated translators as the work does not pay well and there is little recognition. The money may not be enough to interest the few who can actually do a good job. “Authors are usually better established in their own languages, and sales from translation may not be significant. Translators are still paid poorly and are under-recognised. Many publishers are reluctant to include the translator’s name on the book’s front cover. The translator’s motives are usually related to academic recognition,” says J Devika, associate professor at Centre for Development Studies, who specialises in translation and translation studies.

“It is becoming increasingly hard to find that perfect combination of an outstanding original book and a very good translation,” says Kanishka Gupta, founder of Writer’s Side, a leading Delhi-based literary agency. He adds that the term ‘labour of love’ applies to translators even more strongly than writers because there is not enough money in translations with the fees having to be split between the translator and the copyright holder.

Additionally, publishers often try to push the names of the lesser-known translators to the back covers and sometimes even the inside pages. “It’s a fraught and sensitive issue and some translators are very unhappy about it,” according to Gupta.

One way of motivating translators could be institutionalising more awards or fellowship programmes. In May, the Asian Festival of Children’s Content, an annual festival held in Singapore, announced the launch of a new award for translated books. In a first, the USD 30,000 prize would be split equally between the author, illustrator and the translator. An organisation in India could introduce something along those lines.

Absence of market data on translated works is also an impediment to take business decisions. In terms of research, even the ‘Nielsen India Book Market Report 2015: Understanding the India Book Market’, touted as an invaluable tool and the first-of-its-kind intensive research on the publishing business in India, does not have much on translations. According to a spokesperson, “We did not do any research on the number of titles translated for the ‘India Book Market Report’, either way between local languages and/or English.”

Children’s literature
One can also look at how regional literatures transcend borders with the help of translation through children’s literature. Does children’s fiction get the chance to move from one language to another? Publishers like Katha, Tulika, Pratham, Hachette, HarperCollins and Puffin have taken steps to bring famous regional characters and stories to life. But again, it has been mostly from regional languages into English or vice-versa.

The children’s books segment is – though there is no precise figure that everyone agrees on – a fast-growing one in the USD 3.9 billion Indian book publishing market (Nielsen Reports) with 9000 active publishers. With more than 350 million children in the under-fourteen age group in the country, there is potential for regional language as well as English publishers. There are many examples of good work done but even here the languages that first come to mind when one talks about translated children’s literature are Bangla and Malayalam.

Take picture books, for instance. “These typically have short stories with short sentences of just four to five words, often rhythmic and repetitive, with sounds that are natural to the original language and so on. Getting this right in the different languages requires a creative translator who knows that replicating the style will sound awkward in another language and who can try and find a style that works like the original,” explains Radhika Menon, head of the Chennai-based Tulika Books. Most of the original work that Tulika gets is in English. “We translate from English to eight or  more Indian languages. The few we have translated from other languages are what we have commissioned or sourced ourselves,” says Menon.

In Indian cities, the mother tongue is losing out to English in most cases, owing to an increasingly dominant culture of reading in English. “In such a scenario, translations from their mother tongue become important, especially when their families would like them to have a sense of where they are ‘coming from’ or just a sense of community, or just a sense of good literature in their mother tongue,” says Banerjee of Hachette. In 2009, Hachette started a series called Book Mine, especially for translations and local and modern classics. The translated works include titles from Bangla, Malayalam and Hindi. But is this enough?

“Actually, a lot of informal translation has always gone on in transferring children’s literature. They tend to mix with local folklore and legends. The National Book Trust and Children’s Book Trust have done some work in this area. Those books are not marketed well, unfortunately,” points out Krishnan of OUP. But however good their books may be, when it comes to translations, the picture is bleak. Although NBT and CBT’s regular books sell well, the number of translated works is nothing to write home about. NBT, for instance, published 182 translations in 2013-14. But that number came down to 81 the following year. CBT had just 12-14 translations in 2015 and these were largely from English to Hindi. Since being set up in 1957, CBT has published between 600 and 700 translations, into and from languages such as Telugu, Kannada, Assamese, Gujarati and Bangla. However, CBT’s books are published as per demand, which is one reason why translations have dwindled to only Hindi.

Afterword
That translations make an enormous contribution to a culture of reading is undeniable. “It is necessary if we are not to remain prisoners of our mostly single-language worlds,” says Sinha. Consider these hypothetical questions. What if the adventures of Don Quixote, now into the 400th year, had not been translated from the original Spanish?

What if there had been no attempt to make Bibhutibhushan Bandopadhyaya’s Pather Panchali accessible to others or if Satyajit Ray’s Feluda stories had not been touched by a translator? What would have happened to the writings of Madhuri Purandare, Thakazhi Sivasankara Pillai, Vijay Tendulkar, Bhisham Sahni, Fakirmohan Senapati, Rabindranath Tagore, Premchand, Qurratulain Hyder, U R Ananthamurthy, P L Deshpande and Damodar Mauzo? It is better to lose a little in translation, than lose literary gems forever.